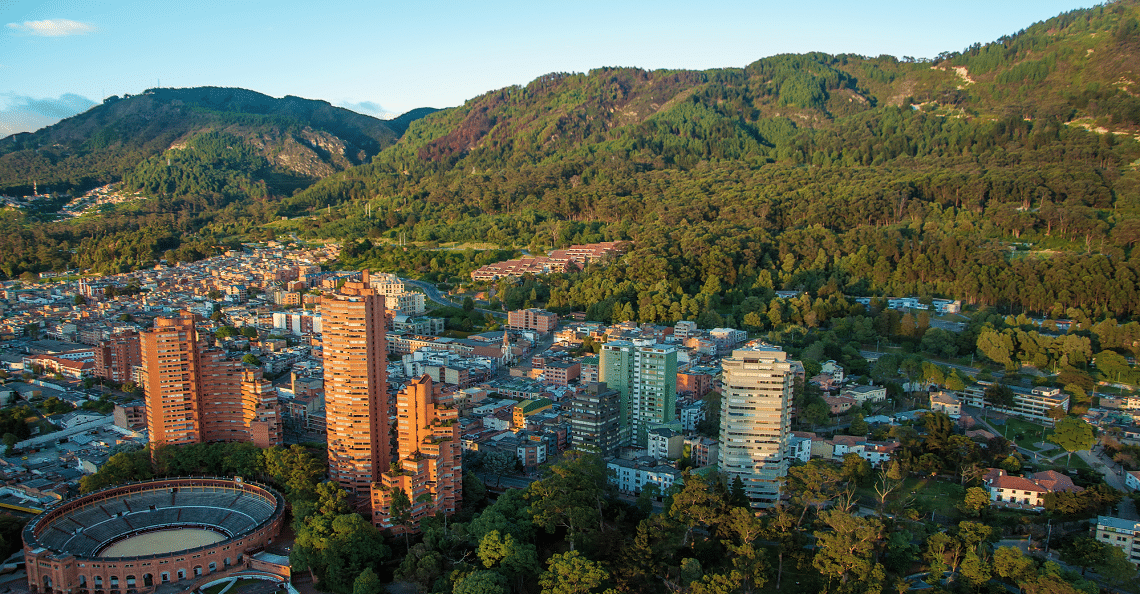 ﻿Did you know it is possible to grow cannabis for as little as five cents per gram in Colombia?

Surprisingly, only a handful of Canadian-based cannabis companies are taking advantage of Colombia’s growing environment. Considering it costs between approximately C$1 – C$2 to produce a gram of cannabis in Canada, the Colombian alternative seems like a no-brainer; or at the very least, worth exploring…

But Colombia has much more to offer cannabis firms than simply cost advantage.

In this week’s Intelligence Newsletter, we will discuss the country’s ability to produce cannabis cheaply, scale quickly, and potentially export cannabis products to markets where they command a premium.

We Sounded The Bell A Year Ago

﻿Almost one year ago to the day on July 7th, 2018, we released a Weekly Intelligence Newsletter titled ‘Warning For Marijuana Investors.’ In it, we warned that,

“The majority of Canadian-based marijuana companies, especially the major multi-billion-dollar names, will need massive international exposure to grow from (or perhaps even justify) their current market caps.”

“…as supply comes online in 2019 and 2020, expect companies that go international to outperform, while the domestic-only players dwindle.”﻿

These predictions are coming to fruition as millions of square feet of cannabis greenhouses come online across Canada and the United States.

Herein lies the problem: North American cultivation can only get so cheap.

We concluded that Weekly Intelligence Newsletter by writing,

“So, for Canadian investors, the only way to play the global consumption of marijuana is to invest in companies with subsidiaries abroad that have access to emerging marijuana markets.”

The honeymoon phase for the cannabis industry is over; and with it, the days of insane valuations for cannabis companies with little to offer. Industry catalysts – such as additional U.S. states embracing the legalization of medical and recreational marijuana or headline-grabbing strategic investments – will lift all boats again, albeit temporarily.

However, just because the cannabis industry’s honeymoon phase is over doesn’t mean there will be any shortage of cannabis investment opportunities – especially if legal recreational cannabis markets open up around the world.

Recent figures from New Frontier Data show a fragmented world that is only just beginning to embrace cannabis. In fact, cannabis is only legal for medical and recreational use in 5 countries. Granted, several states within the U.S. (which are larger than many countries, i.e. California) have made recreational and medical cannabis legal.

Still, there are billions of people around the world who cannot access recreational or medical marijuana at any price. Rest assured, more markets for legal cannabis will open up – it’s just a matter of time.

And when they do, it will be the cannabis companies who have achieved the aforementioned three key capabilities that will dominate the global industry.

Cost Per Gram Is The Foundation

While consolidation in the cannabis space is progressing at a rapid clip, this will only get North American producers so far. The real differentiator between winners and losers will be cost, as it is in virtually every industry.

The race to the bottom (which we’ve been writing about for years) is finally in full swing. Andrew Carnegie’s famous quote says it best:

“Watch the costs and the profits will take care of themselves.”

While there is an infinite amount we can learn from the Scottish-American industrialist and renowned philanthropist, few quotes are more prescient and appropriate for the cannabis sector today. The winners are cutting costs, scaling, and preparing to sell into markets that command a premium.

In a Barron’s article, The Next Threat to Big Marijuana Companies Comes From Way South of the Border, Paul Henderson, CEO of California grower Grupo Flor, put it bluntly,

“When the industry starts to move toward commoditization over the next decade… Colombia is the only place that makes sense.”

The 2018 Cannabis Price Index reveals some interesting things about the economics of marijuana. For consumers, Quito, Ecuador boasts the cheapest per gram price in the world at $1.34, followed immediately by Bogotá, Colombia at $2.20. The equator runs through parts of both countries, which means they have favourable growing conditions for many types of crops.

However, when compared to Ecuador, Colombia appears to have better infrastructure for supporting a cannabis industry.

Not only has a Colombian company already received the internationally recognized ISO 9001:2015 certification to produce the highest quality medicinal-grade cannabis oils and cannabis derivative products, but a whopping 37.5% of Colombia’s land is dedicated to agricultural purposes. In comparison, only 29% of Ecuador’s land is used for agriculture.

Let’s look at PharmaCielo, for an example. The Canadian-based company, which trades on the TSX Venture, operates through its wholly-owned subsidiary headquartered in Rionegro, Colombia. It began trading at C$4.95 on January 18th, 2019, and four days later briefly hit C$11.50. It closed Friday, July 5, 2019 at C$6.58 per share, giving it a market cap of roughly C$639 million.

“With strong sunlight, fertile soil and an even 12-hour day and night cycle, Colombia is the best place in the world to grow cannabis.”

While that may be subjective, Victor Ferreira wrote in Cannabis Post’s June 18th edition that “PharmaCielo reports it can grow at five cents per gram instead of around $2 per gram in Canada.”

It certainly seems that scale, the second component necessary to profit and outpace competitors in the global cannabis market, is available in Colombia.

The Importance of the Cannabis Export Game

But while it’s still profitable to sell Colombian cannabis domestically given its low cost of production, $2.20 per gram doesn’t really cut it when you can get between C$7 – C$10 in Canada and parts of the U.S.

As such, Colombian cultivators will be looking towards the opening of legal cannabis markets in Europe and Asia, where prices climb as high as $19.14 per gram in Oslo, Norway and $32.44 in Seoul, South Korea.

Although the majority of Asian markets will remain off-limits for the foreseeable future, the trail for cannabis exports from Colombia to Europe may be widening.

In late-April, Colombian cannabis cultivator Clever Leaves reported that it and a company based in Uruguay would become the first companies to export legal medical cannabis products from Latin America to Europe.

Moreover, it’s worth noting that while cannabis is still illegal in many countries where it commands the highest premium, CBD may be an entirely different story…

In the previously mentioned Financial Post article written by Victor Ferreira, Martha Harrison, a partner at McCarthy Tetrault LLP who specializes in international trade and investment law, explains that,

“Based on industry intelligence, I can say that the trade on CBD oil is going to open up in a quicker and more fluid way than recreational cannabis.”

Colombian Cannabis Is Not Without Risks

Robert Tetrault, a portfolio manager who tracks the cannabis sector for Canaccord Genuity Wealth Management in Winnipeg, sums up the risks associated with Colombian cannabis operations in a late 2018 CBC article,

“As a shareholder, do you want to find out your facility in Pablo Escobar’s home turf just got seized or there are now tariffs, added costs or corruption?”

These kinds of fears are understandable, and likely what has kept many out of Colombia. A company must be connected and have a strong partnership / alliance in the country to protect against some of the risks.

Kyle Detwiler, Chief Executive Officer of Northern Swan Holdings, who is Clever Leaves’ financial sponsor and helped secure their import permit with Health Canada, had some choice words for those who would doubt Colombia (Forbes),

“Colombia has improved dramatically as a country in the last few decades. For starters, the murder rate, in Colombia is now lower than that of Milwaukee and Kansas City.”

“Moreover, we have invested over $500 million in Latin America, so we know how to operate successfully. For example, security begins with site selection. In the area in which we farm, which is also less than 15 minutes from a military installation, the murder rate in the last few years has been literally zero.”

“Most Americans are surprised to learn that about seven in ten cut flowers (albeit not cannabis flowers just yet) imported into the U.S. come from Colombia.” ﻿

With the potential for a low cost of production, tremendous scalability, and international exportation, Colombia provides a clear incentive for international cannabis operators… even if there is increased risk – real or perceived – that comes along with operating near Pablo Escobar’s old turf.