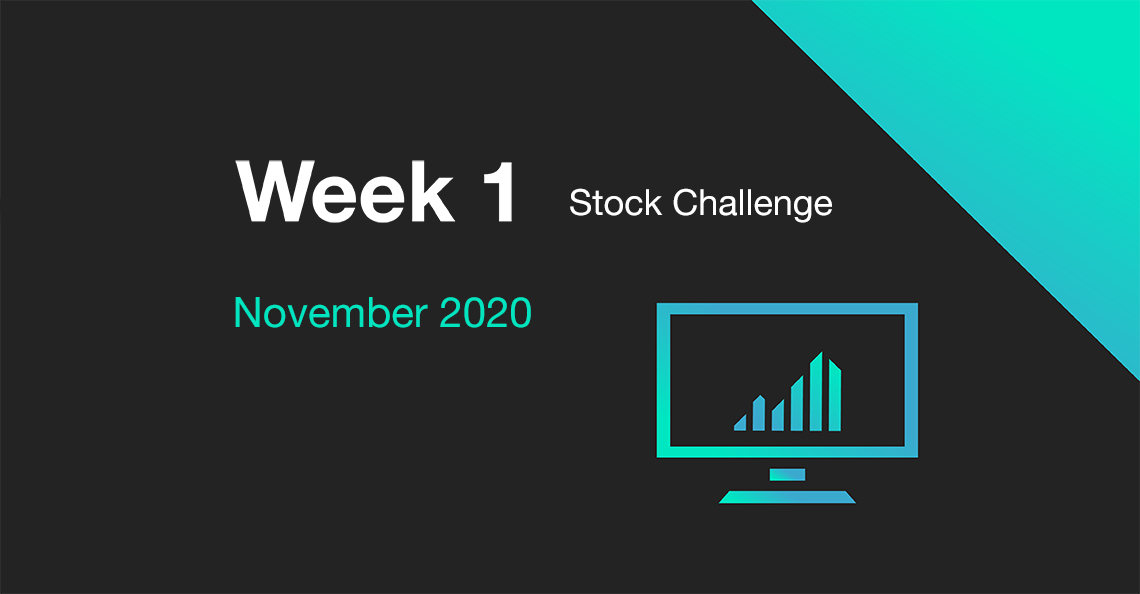 Welcome back to another month of Stock Challenge! This month, well over 500 competitors registered their picks, making November 2020 our BIGGEST (and most competitive) Stock Challenge yet!

Despite U.S. election drama, global equities aren’t exhibiting as much volatility as one would expect. In fact, they appear to be performing quite well — the Dow itself has gained roughly 4.36% since Election Day. As a result, we’ve seen some robust returns from members so far; member ‘mjluke4’ is currently in first place with a return of 139.36% while member ‘supra48’ is in second place with 72.05% and member ‘Roger Ferris’ is in third with 50.24%.

With lawsuits from Trump’s campaign mounting and protests erupting across the States, it remains to be seen whether markets — and by extension, Stock Challengers — can sidestep market volatility and hold onto their gains. Regardless, we’ll be cheering each and every Stock Challenger on from the sidelines!

Aurora Cannabis had one of the biggest stock breakouts of the day, spiking approximately 55.87% from C$8.18 to C$12.75. While Aurora hasn’t released any material news today that could justify the surge in its trading activity, the company’s share price appreciation may have something to do with recent progress in marijuana legalization in the U.S.

According to Motley Fool,

“For much of the week, investors in Aurora and other cannabis stocks have celebrated the passage of ballot measures supporting greater use of recreational and medical marijuana in key U.S. states. Late Thursday, for example, comments from Gov. Andrew Cuomo (D-New York state) laid open the prospect of legalizing marijuana in New York.”

GSP Resource suffered one of the biggest stock breakdowns of the day, falling approximately 13.16% from C$0.38 to C$0.33. Yesterday, the company announced that it had completed a Phase 1 drilling program at its Alwin Mine Copper-Silver-Gold Project.

“The Alwin Mine Copper-Silver-Gold property is approximately 575.72 hectares and is located on the semi-arid, interior plateau in south-central British Columbia.  The underground historic mine, which was developed over a 500 meters long by 300 meters deep by 150 meters wide area produced from 1916 to 1981 from six major subvertical zones 233,100 tonnes that milled 3,786 tonnes of copper, 2,729 kilograms of silver and 46.2 kilograms of gold.  Gold and silver content associated with bornite increase with depth within the individual mineralized zones.”