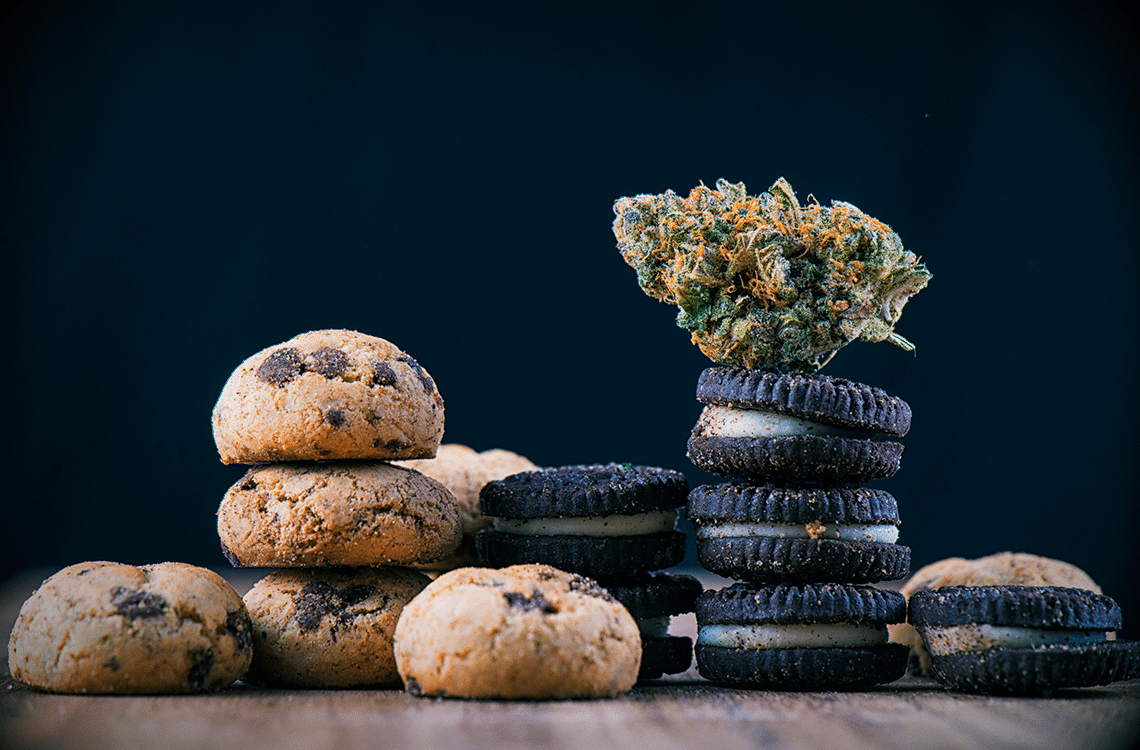 Despite the warning “this package is not our fault”, Canadian consumers refused to withhold their criticism of Canada’s approach to marijuana consumer packaged goods, using biting words such as “bland”, “dull”, and “uninspired” to better describe Canada’s federally mandated plain marijuana packaging.

The fear now is that cannabis edibles—the newest cannabis product category set to be legalized later this year—will suffer the same fate, due to restrictive regulations proposed by Health Canada.

Unlike marijuana itself, cannabis edibles typically rely on novelty (ie. cannabis-infused desserts and candies) to be successful, as evidenced by the popularity of such products in the U.S. market.

As of last week, Health Canada has officially concluded the 60-day consultation phase for its proposed amendment to Schedule 4 of the Cannabis Act, the highly anticipated piece of legislation that will introduce edible cannabis, cannabis extracts, and cannabis topicals to Canadian consumers.

To say that this legislation will have a profound impact on the Canadian marijuana market would be putting it lightly.

“Experts predict edibles will eat up a major chunk of the market once legal.

Six out of 10 likely pot consumers will choose edibles, according to a Deloitte survey of 1,500 Canadians.”

Unfortunately, the strict guidelines surrounding these new products is threatening to stifle what should be one of the most exciting growth opportunities for the Canadian marijuana industry yet.

“Health Canada confirmed the proposed regulations would allow a broad range of ingredients, including sugar and chocolate, in edible cannabis.

However, it said products must not feature ingredients, shape, colour, flavours, packaging or labelling that would appeal to youth.”

At first glance, nothing appears to be out of the ordinary. After all, Health Canada’s modus operandi is to protect public health and safety—especially that of Canada’s youth.

But it is the lack of clarity surrounding these regulations that is most disconcerting, especially considering the potential limitations that they could place on Canada’s edible cannabis products and their branding.

How exactly does one define what appeals to youth? Of course, the obvious suspects come to mind—vivid colours, flashy imagery, and copious amounts of sugar—but the regulations seem to hint at much more than that. Consumers aren’t likely to keep purchasing a product if it has been fundamentally designed to deter them from consuming it.

To get a better understanding of just how important cannabis edibles are for the Canadian marijuana market, one has to look no further than the United States.

In fact, sales of cannabis edibles accounted for roughly $1 billion of the $10.4 billion U.S marijuana market in 2018. That’s just shy of 10% of the entire U.S. marijuana market.

Although consumer preferences for edible cannabis products vary from state to state, they typically fall under one of two categories: candy or dessert.

According to Green Entrepreneur,

“In California, for instance, infused foods such as baklava, brownies and chocolate chip cookies are popular.

Should the final version of Canada’s edibles regulations prohibit candy, dessert, or confectionary themed cannabis edibles, sales forecasts for Canada’s marijuana market may need to be parred back… that is, unless Canadian cannabis companies can find some other way to make their edible products stand out on retail store shelves.

One walks a fine line when combining cannabis with food products.

On one hand, cannabis companies—like any business—want to create a product that consumers crave.

On the other hand, federal regulations are necessary to prevent marijuana overconsumption. As many can attest, a bad psychoactive trip is far more unpleasant than a sore stomach from too much candy.

Moreover, keeping marijuana out of the hands of the youth is one of the most important goals of the Cannabis Act. To ignore this core tenet and allow carte blanche on edible cannabis product packaging would undermine one of the main reasons for Bill C-45’s very existence.

Still, the reality is that Canada’s current cannabis regulations may fail to line up with today’s consumer preferences, contributing to what could become a period of subdued marijuana sales growth—despite the opportunity otherwise.