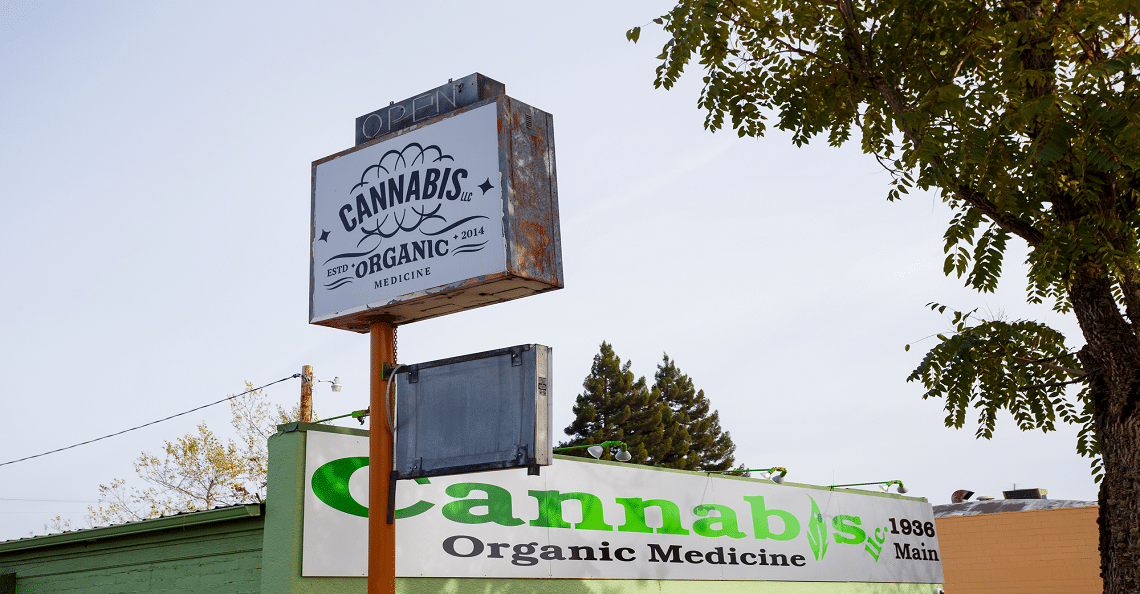 Retail cannabis companies which hold a portfolio of locations, including so-called pot shops and dispensaries, will attract massive investment in 2019. Expect this cannabis sub-sector to be a catalyst for the Canadian Marijuana Index very soon…

Until recently, prominent cannabis stocks have essentially been the growers of cannabis or marijuana. And virtually all the major growers in the country had strong (in some cases incredible) years in 2018, with their stocks producing, in many instances, life-changing returns. 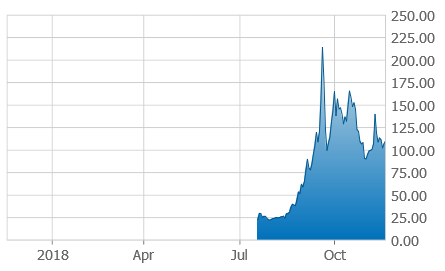 Established retail brands and stores are the missing link in the cannabis industry at the moment. Due to the fact rec marijuana only became legal a month ago to the day, the retail sub-sector is fertile ground for investment.

Currently, the lack of retail names represents the unfinished portion of the recreational ecosystem in Canada. Although there are not many options from a retail perspective in the public markets at the moment, that will change very soon as provincial regulations are starting to crystallize. This clarity on the rules and regs is going to draw in investors from all over.

You see, a dominant retailer in a province (nationwide presence being the ultimate goal) will garner tremendous influence on the overall recreational industry. Emerging retailers will likely strike significant deals with LPs (if regulations permit); and possibly attract buyout offers. Take Hiku, for example. We saw a major LP, Canopy Growth, recently acquire Hiku Brands which is the owner of the lifestyle brand Tokyo Smoke; and the company is a store operator and grower. It was a stock deal valued at roughly C$270 million and intended to strengthen Canopy’s retail and brand portfolio. They won’t be the only grower focusing on brands or the retail space. You can bet on that…

LPs Will Look to Retail Space in 2019

The grower market (licensed producers) has matured into a segment comprised of a few key players, far less fragmented than it was just a year ago, yet more competitive than ever.

In early 2017 there were too many growers to count, now we are down to between 10 and 20 prominent players. Even a few weeks ago, there were 11 Canadian growers with a market cap of more than $1 billion. Today, there are just 6.

The point is, more capital is being concentrated in fewer hands; and, the race for market share is getting much tougher. Which is precisely why we will see major LPs actively looking at the retail space to secure further distribution channels in 2019.

It’s the sellers, not the creators or growers, that often make the highest profit margins and dictate which products boom or lag. Hopeful legacy growers, the ones who, to date, have garnered the lion’s share of capital and liquidity in the weed space, are fighting for what could become generational market share in a brand-new industry: Retail cannabis sales.

And they all want premium shelf space…

It’s going to be competitive, and cutthroat. This environment, we believe, will lead to a period of significant investment, mergers, and acquisitions.

In a Globe and Mail article titled Forget pot producers – here’s a better way for investors to cash in on cannabis legalization, Matt Shalhoub, managing director of Toronto-based Green Acre Capital, summed up the opportunity:

“It’s the person that’s selling the farmer the equipment, that’s wholesaling and distributing the product, that’s processing it into other valuable products, that’s branding and retailing those products.”

Upstart brands which gain a following, be it niche or widespread, hold consumer loyalty and become buyout targets for even larger brands. Look across any sector… Take alcohol, for one relevant example. It’s not the hop grower, but the beer seller that makes the most and controls market share.

Retail Goes Private Across Much of Canada

In the last week of September, Ontario passed Bill 36 which enacts the Cannabis Licence Act of 2018, and includes key amendments to the Cannabis Control Act of 2017. The key changes, according to Toronto law firm Fogler, Rubinoff LLP, are as follows:

Ontario isn’t the only province allowing the private sector to take the lead. A Financial Post article surmised in early October that,

“Private retail sale of cannabis is not unique to Ontario. In different forms, the provinces of British Columbia, Alberta, Saskatchewan, Manitoba and Newfoundland have all established regulatory regimes for private enterprise to operate retail stores.”

LP Involvement in Retail is Limited

Here is where things get interesting…

Instead of being a true free market, provinces, including Ontario (the most important market in Canada by far from an economic standpoint), are limiting LP involvement in retail sales. The Financial Post went on to explain,

Specifically, once enacted, Ontario laws would limit LPs from owning and operating more than one retail store, and that store must be at the LP’s production facility.

This announcement likely turned the retail strategy of many LPs upside down.”

Many of the LPs’ production facilities are nowhere near large populations. Often built in lagging industrial towns with fading or small communities, only those interested in tours would likely make the multi-hour trip from large urban centers to visit or buy cannabis.

BC and other provinces have responded in kind. The Georgia Straight reported on the provincial retail landscape in July,

“The provinces makes it clear that any federally licensed cannabis producers (LPs) are currently not eligible to apply for a retail licence, meaning they will have to sell their product directly to the LDB for distribution if they want to distribute in B.C.

Similarly, a retailer may not grow recreational cannabis for resale-barring the four personal plants everyone is allowed to grow in the dungeons of their privately owned residences.

Furthermore, if a cannabis retailer has “close financial, business or family connections” to an LP-also known as a “tied house”-they may not be allowed to sell their product.”

Another Financial Post article from earlier this year emphasized the point further:

“In other words, the government has put a complete firewall between production and sales, explained Kirk Tousaw, a B.C. lawyer specializing in the cannabis industry.”

As LPs are shut out or limited in their participation of direct retail cannabis in specific regions, some will focus on what they do best: growing marijuana. Others, if allowed by provincial regulators, will likely use their cash-rich balance sheets to invest in retailers, or conduct joint ventures of sorts…

Therefore, several relatively unknown private firms (some will surely be publicly listed companies within a few months, or sooner) are jostling for position in Canada’s retail cannabis market. They’ve been preparing for this moment for well over a year in many cases, and have secured locations, developed attractive store concepts as well as branding strategies, and are near ready for their rollout.

In many ways, playing out much like the land rush to scale up and lower the cost per gram we saw with the growers, retailers will fight for the best locations and the highest margin brands.

Investors, for their part, are about to begin valuing these new retailer brands. And that’s what excites us… it’s a new sub-sector in an industry that over the last three to four years has produced incredible returns for investors, albeit with bouts of extreme volatility along the way.

Note: We’ve spoken to commercial realtors across the country who tell us they’ve never seen anything like the demand for well-located pot shop storefronts – all hoping to be the next hot dispensary. It’s also been explained to us that Alberta has the most mature and defined retail cannabis environment.

Deloitte predicts in their report titled A society in transition, an industry ready to bloom, Canadians will spend as much as $7.17 billion on cannabis products in 2019. The most startling prediction is related to the consumption increase. Deloitte is forecasting Canadians will,“…increase their overall consumption by up to 35 per cent once recreational cannabis is legalized.”

Edibles | The Next Wave for Retail Sales

“There is considerable interest in cannabis-based edible products, even though these will not be available for at least a year after legalization. Six out of 10 likely consumers are expected to choose edible products.”

As our society becomes more health conscious, fewer consumers will smoke marijuana, opting for oils, edibles and other ways to consume.

Of course, demand estimates for a brand-new market are just that – estimates. However, with legalization for edibles in Canada expected sometime in 2019, we can look to America for some guidance…

According to FoodAbletv.com, “Last year, in the U.S. alone, the edibles market accounted for $1 billion. This is significant considering marijuana is only legal recreationally in 9 states.”

Foodable cites an Arcview Market Research report which “anticipates that the edible market will be worth $4.1 billion by 2022 in both Canada and the U.S.”

Financial Buzz stated a “report from Technavio indicated that the global cannabis-infused edible products market is expected to grow at a CAGR of over 25% between 2018 and 2022.”

Cannabis market research firm Brightfield Group, who we’ve quoted before, is projecting cannabis-infused edibles will “make up a $2.3-billion market in 2018 and to become a $5.3-billion market within the next five years (a 130-percent increase).”

Edibles is a rapidly growing sub-sector expected to be unleashed on the Canadian retail market in 2019. Retailers are laying the foundation now, and preparing to open shops throughout much of the country in the very near future. Much like the growers, dozens of retail names will turn into perhaps half a dozen over the next 12-24 months…

Humans are creatures of habit and loyalty. Once the top retail stores and brands establish themselves, it will be difficult to usurp them. And when regulations permit, LPs will be looking to make acquisitions or investment in the space.

Because we are at the onset of the retailer market, a fresh wave of buyouts and news flow is poised to occur in 2019. Retail stores, edibles, and THC and CBD-infused beverages will be at the heart of a marijuana investing resurgence in 2019.

“Current and likely cannabis consumers are expected to purchase the majority of their products through physical retail locations, while about one-third will also buy products online through approved retailers’ websites.”

No one knows exactly how the retail market in Canada is going to play out. That’s what creates the mystery and speculation – the same two elements that took Canada’s growers and the Canadian Marijuana Index to all-time highs. Now, like with the growers in late-2017, we think it’s wise to start looking to allocate capital in the retailer space, never going ‘all-in’ on one specific name of course…

The annual ideal buying season (specifically for the TSX Venture) is almost upon us. As we stated in our volume from a month ago titled, The Coming Opportunity in Pot Stocks,

“With year end approaching (tax loss selling season), late-November to mid-December could prove an opportune moment to take positions in the cannabis space. If January 2019 is anything like January 2018 for marijuana stocks, that timing will be ideal.”

Our thesis has not changed…

While regulations and rules will change, expect retail players to emerge over the coming weeks and months. We expect a swarm of investors, both institutional and retail, to bid up the best run and well-positioned deals. Now is the time to be conducting your due diligence.

P.S. If you’re not already a member of our newsletter and you invest in TSX Venture and CSE stocks, what are you waiting for? Subscribe today. Only our best content will land in your inbox.