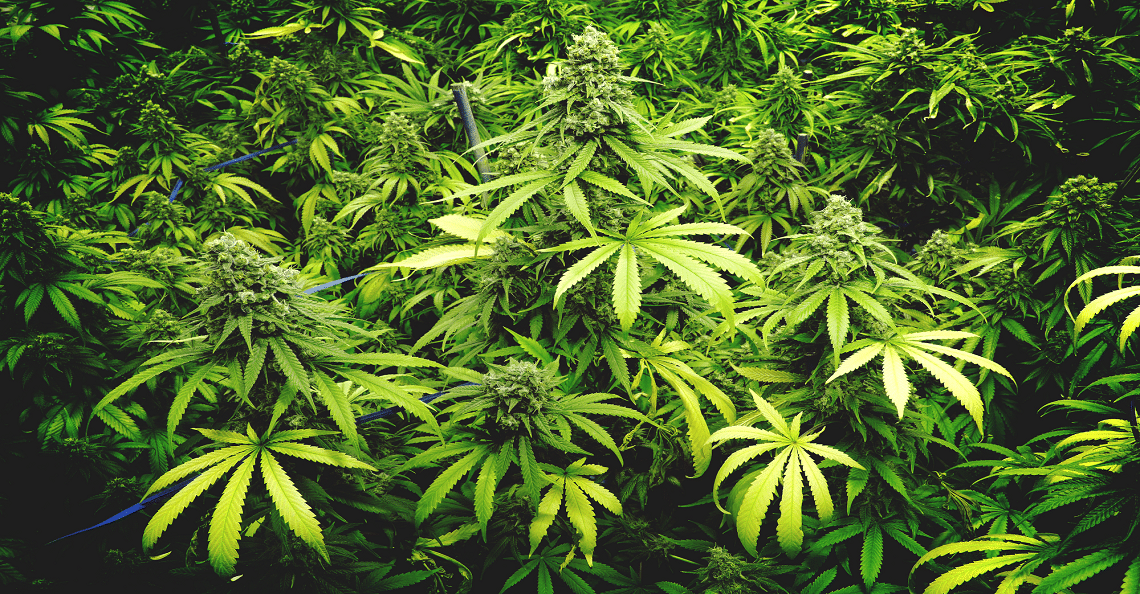 For months, we have been writing about the need for trusted retail cannabis brands to develop in Canada if the sector is to grow continually. While the regulatory and competitive landscape for LPs (licensed producers) is maturing, the seed to sale ecosystem is nowhere near complete…

The missing piece is still cannabis retailers as they finally (and only in some provinces) begin to open storefronts with consistent supply – hoping to establish their brand.

The need for a nationwide retail marijuana presence is so front and center in the industry that the Chief Corporate Officer for one of Canada’s largest marijuana growers stated this past week:

“We need better retail infrastructure across the country to see the level of sale everyone is anticipating.”

Last week some of Canada’s largest LPs (Aurora & Canopy) reported quarterly results which include legal recreational cannabis sales. Keep in mind, retail recreational sales were just legalized in Canada in October of 2018, and there were many hiccups for retailers in opening stores and garnering supply.

While quarterly earnings reports are often boring as guidance is typically projected in advance, marijuana investors have been waiting years for this specific quarter. Everyone is anxious to know if Canadian demand for recreational cannabis will live up to the hype; and, if large Canadian LPs will be able to penetrate international markets, hopefully justifying some of today’s gargantuan market caps.

For speculators and investors in the space, understand that sentiment going forward is directly tied to these results. If confidence remains strong, capital will continue to flow, and M&A activity in the cannabis sector will likely remain robust.

Aurora released its second quarter results ended December 31st, 2018 on February 11th. While mixed, they are very telling. The company’s revenue increased to CAD$54 million, a gain of 363% year over year or 83% more than last quarter. But…

The company disclosed a quarterly loss of CAD$237.8 million. Why?

According to Jeremy C. Owens from MarketWatch,

“Large losses were expected due to a decline in marijuana-related equities last quarter, as Aurora has invested heavily in other companies in the industry and must track their performance as part of its earnings — Aurora said that those adjustments accounted for about C$190 million of its losses.”

No different than investors who’ve been on a wild ride the past 24 months, Aurora (and likely other LPs) is currently underwater on some marijuana-related equities. For some context, the Canadian Marijuana Index, despite being up huge from its December low, is still much lower than its high above 800 from the fall of 2018.

“I lose sleep over our ability to supply this global cannabis market.”

“It will be at least five years until we have an oversupply situation.”

While that statement from Mr. Booth is bullish for producers if proven true, we have our doubts on the timeline.

Five years might be a bit long given prices appear to be dropping, and new supply is prepping to come online. We see a trend of the sale price per gram declining for months, if not years, to come.

Marijuana is a commodity, and the likely outcome is a race to the bottom in respect to pricing.

The LPs act as wholesalers providing product to retailers for markup. For Aurora, the average net selling price of dried cannabis decreased by 26% from $8.39 in Q1 to $6.23 in Q2.

Shouldn’t prices be rising in an environment of tight supply?

This is the free market at work. As more supply comes online, the price Aurora and others can demand will likely fall.

Interestingly, Aurora reaffirmed what we’ve been documenting from our research:

﻿”Going forward, Aurora intends to continue prioritizing medical patients in Canada and globally where margins continue to exceed those achieved on the wholesale consumer market.“

A declining cost per gram for recreational cannabis is a trend we inevitably expect to see across the country. LPs and cannabis retailers are competing with what will become rising supply and black-market prices. We produced a case study focused on Colorado consumption over a year ago which demonstrated why the price per gram lowered there. Check out the data from Colorado (2014 – 2018):

Make no mistake: The black market will not be bested overnight. It will take years for some long-time pot smokers to abandon their neighbourhood dealer.

An Ipsos poll from late-2018 found that roughly 1/3 of users are still purchasing marijuana from illicit dealers. For this to change, prices for legal cannabis will have to continue trending lower. For Aurora and other major producers, they will be forced to produce for less.

However, something else, something fundamental to any healthy industry, must happen…

Users must see trusted retail cannabis brands emerge in Canada. Only then will consumers be willing to pay more. Brand affinity will be critical for overall sector growth.

Think about a favourite beer, wine or whiskey. Perhaps you tried it for the first time with friends, or heard great things about it, or developed a sense of value from the company’s mission statement. Then started purchasing it loyally. For many marijuana users, the ‘path to purchase’ has not yet happened. There are virtually no well-known ‘brands’ to speak of at this time. That aspect will likely come from the retail landscape upon its maturation.

So, with many LPs limited in their ability to sell directly to recreational marijuana consumers, they will be selling wholesale to retailers. Like in every business, retailers will mark up their branded product and potentially achieve a higher margin. We saw this opportunity arising months ago. However, it still hasn’t significantly developed.

According to a January article from CBC,

“Provincial government websites list 65 licensed pot retailers in Alberta and 20 locations in New Brunswick, while Ontario will not have any stores until April.”

British Columbia continues to lag behind most other provinces…

“The province says it has referred 232 applications, but only six licences have been issued.”

“Established retail brands and stores are the missing link in the cannabis industry at the moment. Due to the fact rec marijuana only became legal a month ago to the day, the retail sub-sector is fertile ground for investment.

Currently, the lack of retail names represents the unfinished portion of the recreational ecosystem in Canada. Although there are not many options from a retail perspective in the public markets at the moment, that will change very soon as provincial regulations are starting to crystallize. This clarity on the rules and regs is going to draw in investors from all over.”

“We need better retail infrastructure across the country to see the level of sale everyone is anticipating.”

Aurora stated in its press release that,

“Based on available data released by Health Canada for the Q2 2019 period, Aurora accounted for approximately 20% of all consumer sales across the country.”

The company reported that third-quarter sales rose 282 percent over the past 12 months.

CNBC summed up the earnings numbers in comparison to expectations:

“Despite missing profit expectations, investors appeared relieved by the sales numbers, which were supported by sales of legal marijuana in Canada. Revenue numbers fell short of expectations in the prior quarter. The stock rallied 3.5 percent shortly after the opening bell Friday.”

Speculative Limelight Moving to Retailers in 2019

From a speculative investor’s viewpoint, the growers are very much established and perhaps even a bit boring. Retailers, however, are the new cannabis frontier – the speculator’s arena. As stores start to open and brands emerge in some of Canada’s top metropolises over the coming quarters, investors will want in on the action. The leaders of the retail pack will soon emerge…