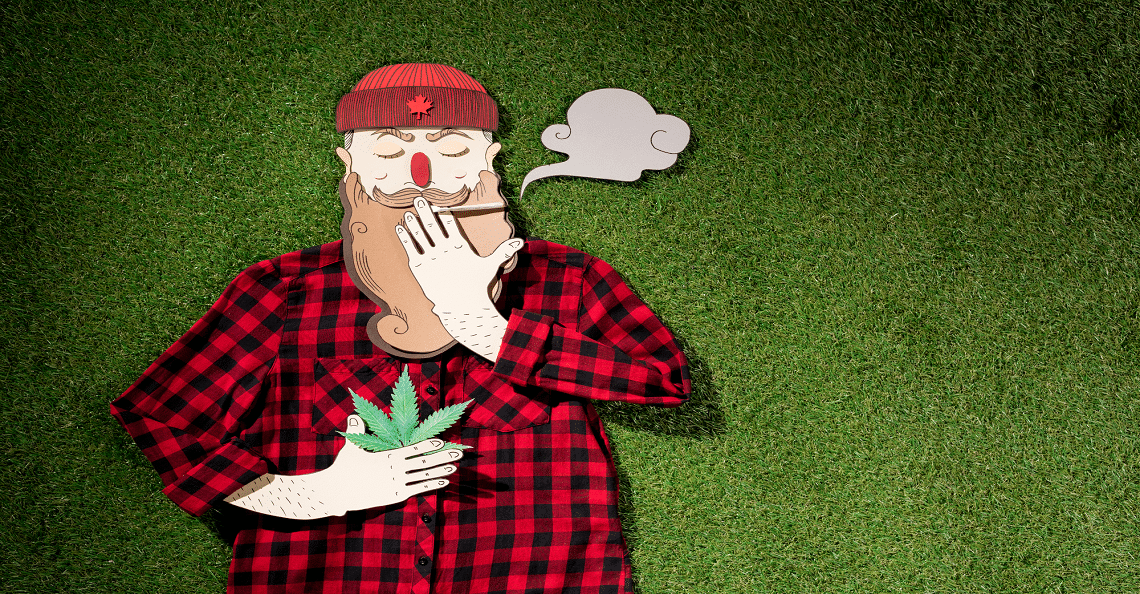 Cannabis stocks are in decline again, and no one should be surprised. May is typically the beginning of a multi-month decline for Canadian cannabis stocks.

While weakness tends to overwhelm Canada’s cannabis sector in late-spring and early-summer, it has experienced dramatic reversals in the fall (as seen in both 2017 and 2018).

While the reasons behind the seasonal downtrend seem to be different every year, right now Canada’s cannabis space is failing to deliver robust revenue numbers. Investor sentiment has turned negative as a result. Consumers have complained of supply shortages in an environment with few positive retail experiences. With this in mind, it’s no wonder why enthusiastic speculation over future earnings has morphed into dismay and frustration selling in the market.

So, where do we go from here?

Canadian Cannabis Market on Track for US$5.2 Billion by 2024?

According to a BNN Bloomberg article from April 2019, which cited BDS Analytics:

“Canada’s pot market is expected to grow to US$5.2 billion by 2024 up from US$569 million last year. While that growth reflects a relatively strong compound annual growth rate of about 44 per cent over the next five years, it also is shy of BDS’s previous January forecast of the Canadian market of US$5.9 billion by 2022.”

And while BDS Analytics’ revised US$5.2 billion by 2024 might still seem big, it’s not. For all intents and purposes, we’re already there…

“Statistics Canada says Canadian spending on cannabis rose 1.1 per cent to roughly $5.9 billion on an annualized basis in the third quarter.”

Canada’s cannabis market has already arrived. There is just one problem:

Canada’s cannabis market has been growing steadily for decades. But even after legalization, the black market (some now refer to it as the grey market) controls huge market share.

Although the federal government may have legalized recreational marijuana in Canada, it must now work together with provincial governments and local law enforcement to help make cannabis easier and cheaper to purchase from licensed retailers. Only after doing so can Canada’s legal marijuana market overthrow its illegal counterpart.

Despite its rollout having been painfully slow, we believe a more cohesive plan for the legal cannabis market is starting to take shape nation-wide.

Canadian Cannabis to Rise Again Because of 2 Key Factors:

Deal with these three factors and Canada’s legal cannabis industry will boom. While it may not happen overnight (in fact, there will likely be further delays and serious growing pains), the upside for many of Canada’s cannabis retailers could be worth the jarring market action.

First, let’s look at the lack of retail distribution and the uncertainty that continues to cloud this segment.

According to a March article from CBC,

“With 24 shops open, Calgary has more cannabis stores than any other city in Canada. In fact, eight provinces have fewer stores than there are in Calgary.”

“A month after legalization, Alberta Gaming Liquor and Cannabis (AGLC) announced it had received only 20 per cent of the cannabis ordered to supply 250 stores for six months.”

Herein lies the question policymakers have been asking: Why allow additional stores to open if the product isn’t available?

Policymakers may have a good point, but additional supply is coming… very soon.

While “AGLC says it’s in talks with another 12 licensed cannabis producers in order to secure more product,” according to CBC, investors should be aware that there are millions of new square feet of growing operations coming online in the next six to twelve months.

BC Will One Day Become Second Largest Canadian Cannabis Market

British Columbia, known globally for its ‘BC bud,’ is another prime example of Canada’s somewhat untapped retail cannabis market potential. Despite being the undisputed epicenter of cannabis culture in Canada, there are but a few legal stores open province-wide.

Although BC is expected to become Canada’s second largest market for cannabis, it still has a long way to go. The BC Liquor Distribution Branch (LDB)—the sole, wholesale distributor of non-medical cannabis for the province of British Columbia—has only released one cannabis-related press release in 2019 (that we could find). It states,

“To date, we have received municipal approval to open BC Cannabis Stores in Campbell River, Williams Lake, Cranbrook, Terrace, Salmon Arm and Fort St John. The City of Kamloops has also approved applications for two stores to be established in Kamloops, in addition to the BC Cannabis Store that opened in that community on October 17, 2018.”

“At this time the LDB cannot say when additional stores might open, as lease negotiations are ongoing for many of the sites. Once a lease has been signed, it can take up to seven months to develop the site to suit the LDB’s needs and complete the store fit out.”

We expect the second half of 2019 to be far more active for private and public cannabis retailers.

﻿Now, let’s move on to the second reason for the slow start in Canada’s retail cannabis sector: the fractured supply chain and ongoing product availability concerns.

﻿The “Complex Supply Chain” and Low Availability of “non-flower” Products

While supply chain issues exist in every new market—especially those with many regulatory bodies—relief for Canada’s cannabis sector is on the way. Inventories are already growing.

For us, the real question is about efficient distribution.

According to Health Canada,

If the inventory (finished and unfinished) of dried cannabis is roughly ten times the amount sold in October through December, why is everyone talking about a supply shortage?

Furthermore, with Canadian LPs expected to produce more than 3 million kilograms annually, we are forecasting a supply glut potentially as soon as next year—not a shortfall. Gluts often lead to cheaper prices, which will create an environment with the potential to eliminate the black market for cannabis. After all, the prices of legal pot versus illegal is what has held many consumers back from buying from dispensaries.

Due to moratoriums and other delays related to processing and extraction, retail stores are not opening as quickly as anticipated, and the product is simply not getting to market. This has to change.

For example, Ontario—a province home to nearly 40% of Canada’s population—just opened its first legal pot shops on April 1st, 2019. Before this, people had to order their cannabis via a government-run website. To make matters worse, only a few of the planned 25 stores are selling marijuana due to red tape, according to CBC news.

When Ontario and some of these larger provinces, most notably BC, come online in a real way, sales numbers will substantially improve – so too will investor sentiment.

“Licensed Canadian pot growers are expected to produce 3 million kilograms annually by next year which should help alleviate that demand.”

In our mind, supply is an issue that will be solved quickly. Distribution, processing and extraction are a totally different beast. Canada has to streamline distribution and allow retail stores to open across the country. Although this is happening slowly as of now, expect things to pick up in Q3 and Q4 of this year. The delays are costing the government hundreds of millions in lost tax revenue, and they know it.

This brings us to the final hurdle for Canada’s cannabis market: The active illicit market for marijuana.

A Financial Post article, titled ‘The number of Canadians turning to the black market for weed is declining,’ reports,

Canadians do not want to break the law, and for many, they no longer have to.

“…a remarkable 5.4 million people reported using cannabis in the last three months, a four per cent jump from those who said that were cannabis users a year ago.”

That’s roughly 15% of the entire country.

These are very telling stats and point to a maturing consumer. Furthermore, the Financial Post article concludes,

What we can surmise from this data is that new cannabis users, who don’t have pre-established relationships with illegal dealers, are buying through legal sources. Now consider this from the Financial Post article on May 2nd by Vanamla Subramaniam,

These new users prefer to buy through legal sources.

For LPs and retailers alike, this is great news. With many retail store openings planned across the country in the coming months and quarters, it would make sense for this trend to continue and for sales numbers to improve.

The Big Picture | Investing in a Seasonally Volatile Market

As promising as the sector may be, May, June, and even July are typically weak months for cannabis stocks. While the same goes for the TSX Venture and CSE, the volatility with weed stocks has been shocking. Even after years of being on this rollercoaster, it doesn’t seem normal for multi-billion-dollar deals to fall 5-10% during a single trading day. But on Monday, May 13th, that is pretty much what happened…

Note the massive surge on May 10th, followed by a collapse on the 13th and then a rally on the 14th.

The sharp drops and recoveries point to a skittish almost transient-like shareholder base. Many in the public and financial community still carry with them an underlying skepticism. Bull markets tend to climb a wall of worry…

It was John Templeton, easily one of the world’s most successful mutual-fund managers, who said,

“Bull markets are born on pessimism, grown on skepticism, mature on optimism, and die on euphoria.”

Before the Canadian cannabis market can truly reach its full potential, Tom Adams’ highlighted issues will need to be solved:

The good news is that progress (although slow) is definitely being made on these issues. And while it hasn’t translated into big revenue numbers for Canada’s LPs and retailers, expect sales to ramp up, potentially as soon as the end of Q2—just in time for a fall rally.