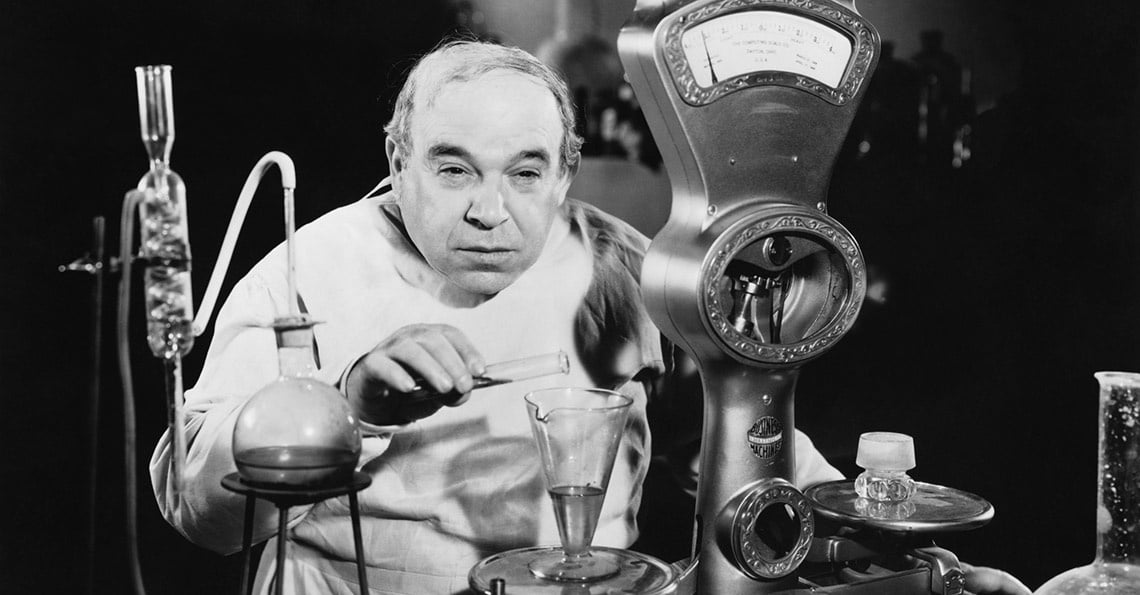 We know whom inflation hurts the most: the elderly, people on a fixed income, and those living paycheque to paycheque — which in Canada and the US means most of the population. So, who can inflation benefit? Experienced debtors.

The richest among us often have mountains of debt. Banks practically beg them to take more credit; at least they did for the last 13 years or so… it’s no different for wealthy countries. There have been no shortage of creditors willing to lend to rich countries for the last several decades. And governments have indulged, none more so than American politicians.

Interestingly, during this near hyper-inflationary period, debt-to-GDP ratios may fall the fastest on record – something that could be part of the Fed’s plan.

As you know, the United States, enabled by its central bank, the Federal Reserve, is the richest and largest debtor in the world.

At almost $31 trillion, US government debt (chart above) seems obscene. But is it?

One has to look back to the aftermath of WWII for a comparable ratio.

US GDP Falls Short of National Debt… For Now

“The Gross Domestic Product (GDP) in the United States was worth 22996.10 billion US dollars in 2021, according to official data from the World Bank.”

If inflation continues around these levels for roughly 5 years (we are approaching two years of high inflation already), there is potential for the US’ GDP to nearly match the national debt.

For example, 10% inflation can add about $2 trillion to the nation’s GDP, with no real growth. That number easily exceeds the approximate $1 trillion budget deficit Biden plans to run this year.

In short, the nominal level of debt is far less important than the country’s debt to GDP ratio.

Of course, we are using oversimplified math, but this may be a viable strategy for the Fed to help get the United States out of its debt crisis.

The Fed could use the power of inflation to close the debt-to-GDP ratio gap, thereby continuing to attract foreign bond buyers of America’s debt. The country just has to avoid a severe recession, which remains a big question mark. And the burden of preventing a steep recession will fall directly on the American consumer. Can they withstand the current price pressure, and for how long?

Can the Strategy Work?

Behind closed doors, you have to wonder what the Fed is planning and how far it is willing to go. A few months ago, we brought to light the Fed’s love/hate relationship with inflation in a YouTube short.

“Remember the Fed can talk tough all it wants about its 2% inflation, but deep down it loves inflation…”

A recent Bloomberg article US Is Inflating Its Debt Away After Unprecedented Spending Binge, by Ye Xie published on September 23rd, indicated that the Fed’s actions may work. The subtitle says it all:

“When measured against the economy, America’s debt is set to post the biggest drop in at least two decades.”

So, despite the economy softening and Biden running a $1 trillion-dollar deficit this year, the debt-to-GDP ratio is declining. Although too early to call it a trend, it shows the hidden power of 40-year high inflation.

What makes the U.S. so unique is that despite generation-high inflation levels, the U.S. dollar is, remarkably, hitting 20-year highs against a basket of the world’s top currencies (this is the main culprit behind gold’s underperformance).

The power of the world’s reserve currency, and being the cleanest dirty shirt in the pile, can not be overestimated.

The critical metric other countries and creditors care about is the amount of debt relative to the size of the economy. As inflation drives up the cost of everything, including labour, nominal GDP can expand (without a significant recession), reducing the ratio. An important data point to consider, which lends to the argument that US consumers may be able to withstand current inflation levels, came from ADP last week:

“For job stayers, annual pay rose 7.8 percent in September from a year ago…”

Additionally, one reason countries have not lost faith in the U.S. and its all-powerful currency is that many lending countries and institutions don’t take into account intergovernmental holdings. At $6.7 trillion, they represent debt the government owes to its own agencies.

We believe the Fed is looking to establish a 3-5% level of inflation in the near future, while avoiding a hard recession.

If the central bank can pull it off, the Fed can keep the debt collectors at bay and the U.S. on top for the foreseeable future.

The Fed will pivot if the economic or political pain becomes too severe. Don’t discount political pressure. Just last week, in unprecedented fashion, the UN warned the Fed about its monetary policy and the negative impact on society it will have (click here to read more).

If the Fed halts its rate hikes or even begins to lower rates, inflation may soar to unsustainable levels. The other by-product of such a move is that it has the potential to destroy confidence in the Fed and U.S. dollar – one of the best performing currencies in the world this year.

Let’s quickly look at the first option, something we believe to be among the gravest threats to the U.S. over the long term…

We all know interest rates fell as the U.S. piled on trillions in debt over the past fourteen years. This made servicing the debt relatively easy. Well, the flip side of that coin has arrived, and it may be what breaks the system.

Take a look at the fall in rates along with soaring debt:

Here are the facts:

According to Statista, “In 2021, the U.S. government spent 392 billion U.S. dollars on interest for debt held by the public.”

In the same year, 2021, and also according to Statista,

So, the U.S. was spending a little under 10% of revenue on its interest payments alone.

Flashforward to today and the story is far different.

According to FiscalData with Treasury.gov,

Interest to maintain the nearly $31 trillion-dollar debt monster is up almost $300 billion yearly. The problem is that a considerable percentage, just under 30% of the $31 trillion the US has in debt is short-term in duration.

According to CEIC Data,

If the Fed continues to hike from here, we could be facing a scenario in the future where the U.S. is paying $1 trillion, or up to 25% of its tax revenues annually, in interest alone. That will guarantee more deficit spending and perhaps an upward debt spiral that it can never pay off.

Real estate prices in once booming regions of Canada and the United States are collapsing as transactions dry up and foreclosures rise (see here and here for price declines in two of Canada’s more expensive areas).

Let’s focus on the U.S. for now as the Fed sets policy that affects the U.S. dollar and, by default, all risk assets around the globe.

In U.S. Foreclosure Starts Reach Pre-Pandemic Levels Nationwide, an ATTOM staff member highlights data from its August 2022 U.S. Foreclosure Market Report, “…which shows there were a total of 34,501 U.S. properties with foreclosure filings — default notices, scheduled auctions or bank repossessions — up 14 percent from a month ago and up 118 percent from a year ago.”

And, according to the Fed, a recession hasn’t started. Although it did warn on September 21 that unemployment may rise and there could be tough times ahead for the economy.

According to a Zero Hedge article US Existing Home Sales Sink For 7th Straight Month,

After hitting a record $413,800 in June, prices have fallen monthly. The August decline was broad across price points and regions.”

With rates on the rise, it might not be long until home prices are down year over year.

The U.S. housing market stares down an even bigger economic shock—mortgage rates near 7% by Fortune’s Lance Lambert paints an ugly picture for new market entrants:

Lambert also explains that just 12 months ago, the average 30-year fixed mortgage in the US was 2.88%.

So, 30-year fixed mortgage rates are up about 140% in a year, and foreclosure initiations have increased by roughly 187% in that same period. Imagine that…