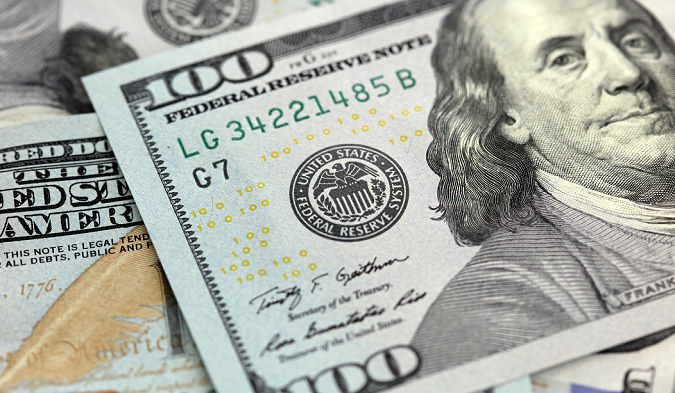 Over the holidays I had the opportunity to read a few books, Doug Casey’s new book Speculator (High Ground), which reads like a Blood Diamond meets Mission Impossible, Waterloo by Bernard Cornwell and, finally what spurred the research for today’s article, Austrian School for Investors, Austrian Investing between Inflation and Deflation.

Austrian School For Investors, was published in late 2015 and in Chapter 5 the authors make a compelling argument as to why the Fed will be able to hike the Federal Funds rate as long as it increases the rate it pays on excess reserves held at US banks in tandem. Having just witnessed the Fed raise rates for the second time in as many years this December, I was interested to learn if the Fed in fact increased the rate it was paying to banks on excess reserves.

This led me to a few late nights of research as I worked to understand how large financial institutions in the US were profiting from holding excess reserves, where they came from and why they were decreasing. However, I’m getting ahead of myself, let’s first outline what excess reserves are.

In the wake of the financial crisis of 2008, the Fed deployed billions in subsequent quantitative easing programs that failed to find their way into the economy. Ben Craig, a senior economic advisor in the Research Department of the Federal Reserve Bank of Cleveland, explained in Excess Reserves: Oceans of Cash, why the cash began to pile up:

“The Federal Reserve pumped large amounts of reserves into the banking system and introduced new programs that altered the terms of the trade-off banks make when deciding their level of excess reserves. In short, the marginal benefit of holding additional reserves has increased, whereas the marginal cost has decreased. As a result of these new Federal Reserve policies, holding reserves is now much more attractive to banks.”

The Financial Services Regulatory Relief Act of 2006 authorized the Federal Reserve to begin paying interest on balances held by or on behalf of depository institutions starting October 1, 2011.

The Emergency Economic Stabilization Act of 2008 accelerated the effective date to October 1, 2008, according the Federal Reserve Board.

Furthermore, according to the Fed’s October 6, 2008 press release,

How much do banks get paid for holding excess reserves?

In the Fed’s own words, it reported:

The Fed made it appealing to just hold trillions in excess reserves, collecting interest and stabilizing (numbing) the markets.

In a White Paper from November of 2009, titled Why Are Banks Holding So Many Excess Reserves? Todd Keister and James J. McAndrews of the Federal Reserve Bank of New York’s Research and Statistics Group, wrote the following:

“However, a careful examination of the balance sheet effects of central bank actions shows that the high level of reserves is simply a by-product of the Fed’s new lending facilities and asset purchase programs. The total quantity of reserves in the banking system reflects the scale of the Fed’s policy initiatives, but conveys no information about the initiatives’ effects on bank lending or on the economy more broadly.”

For years, economists worried that the massive hoard of excess reserves proved banks were skittish to lend capital. It was seen as a detriment to the economy as small-business owners were denied the cheap money that flowed like a river into the nations’ largest banks.

Keister and McAndrews, went on to explain,

“The dramatic buildup of excess reserves reflects the large scale of the Federal Reserve’s policy initiatives; it conveys no information about the effects of these initiatives on bank lending or on the level of economic activity.”

“Paying interest on reserves allows a central bank to maintain its influence over market interest rates irrespective of the quantity of reserves in the banking system.”

For the last 8 years, zombie banks have stayed on the Federal Reserve teat, like a blind calf, happy to collect interest on free money. Banks were happy to hoard cash afraid depositors would dry up and the next crisis was looming. Now, in recent months and for the first time since the crisis, banks are reducing their excess reserves. Donald Trump is hours from being inaugurated as the 45th President of the United States, QE is over and the Fed is raising rates.

Ironically, after what is now one of the longest expansions in U.S. history, the banks appear to be loosening their grip on the trillions in excess reserves.

Remember, the Fed pays banks the average of the federal funds rate minus 10 basis points. With the Fed funds rate between 0.50 and 0.75 percent, the 0.40 to 0.65 percent paid in interest is no longer covering some banks’ opportunity costs.

Keister and McAndrews of the Federal Reserve Bank of New York’s Research and Statistics Group, concluded in their 2009 report that:

“If inflationary pressures begin to appear while the crisis-related programs are still in place, the central bank can use its interest-on-reserves policy to raise interest rates without necessarily removing all of the newly created reserves.”

In short, if inflation begins to get out of control, the Fed can raise rates on the banks’ excess reserves first, forcing them to hoard cash once again and pump the brakes on further lending and expansion. Its genius really. And, with inflation muted, risk of this scenario even presenting itself in the next few years appears remote.

One look at the velocity of money still confirms a banking system and an economy unwilling to invest and spend rapidly. If Trump can reverse that long-term decline, which began in 1997 it would truly be amazing. In the meantime, I will watch the excess reserves with great interest as the banks slowly but surely, put their capital to work.

Again, we lean on Senior Economic Advisor, Ben R. Craig and Banking Analyst Matthew Koepke in a White Paper, Excess Reserves: Oceans of Cash, published on December 2, 2015. In this paper, they are writing under the Federal Reserve Bank of Cleveland:

“In 1936, US banks’ reserves had accumulated to record levels. Although there had not been a dramatic increase in the levels of loans, the Federal Reserve decided to “play it safe” and reduce the flexibility of the banks’ options for using the cash by increasing the reserve requirement. Banks responded by dramatically reducing their loan portfolios. Milton Friedman and Anna Schwartz argued that this action caused the 1937 recession (A Monetary History of the United States, 1867-1960).”

The Fed can’t reverse QE as it would also reduce the money supply, resulting in a deflationary spiral argued by the Austrian School of Investors. There is no blue print for the current relationship between the Fed, banks and the economy. Let’s turn back to the Austrian School for Investors, to reveal what it thinks the Fed’s plans might be:

“Paying interest on excess reserves allows the Fed to circumvent this problem: it can now hike the Federal Funds rate, as long as it increases the rate paid on excess reserves in tandem, without having to reduce its balance sheet.”

If banks begin to reduce excess reserves at a rapid rate the Fed will no longer have to pay interest; furthermore, the potential exists that the Fed may lose control over the interbank market if the exodus is not orderly. Banks, turning bullish on the economy and rising mortgage rates, are opting to bail on their reserves where in years past they would have quietly held for the small, guaranteed interest payment.

In the wake of Trump’s election victory, which we predicted in September of 2016, small-business sentiment has exploded to the highest level since 2004.

The National Federation of Independent Business reported its optimism index jumped 7.4 points to 105.8. This was the fastest increaase since 1980 and the index is now at the highest level since 2004.  Do the banks and Donald Trump know something we don’t? 2017 could be a year where risk averse banks step back into more historic lending practices, while distancing themselves from the crutch of engineered Fed money. With 20,000 Dow likely before Trump is sworn in this Friday, the crisis of 2008 may finally becoming nothing more than a memory. While there is cause to be optimistic, its time to be more vigilant than ever.