Bill Gates made some dramatic and bold moves in his stock portfolio to end 2020. The billionaire, worth an estimated $127 billion remains one of the richest and smartest people on earth. For Gates to be dumping shares in some of the world’s largest companies, is a big deal. Cooper Academy’s recent video from late March reveals in detail these transactions.

First off, let’s look at the facts. All of this data relates to Gates’ activity in Q4 2020. According to Cooper Academy:

“In his recent 13-F filings he sold and reduced eleven stock positions and he bought just one.”

From Alibaba to Uber, Bill Gates sold 100% of his respective positions. He also reduced his position in Google, Apple, and Amazon by a whopping 50% – huge moves by any measure.

He also reduced his holdings in Berkshire Hathaway Inc. by 10.61%. Bill is great, old friends with Warren Buffett.

The only position Gates added to in the 4th quarter of 2020 was Schrodinger (NASDAQ: SDGR) a top-performing life sciences technology company over the past five years. Gates picked up 2 million shares in the company. Schrodinger has had a wild ride over the past few quarters.

Interestingly, Gates reduced his position in Schrodinger in Q3 of 2020 by 28.65% or 2 million shares. In Q4, as if to say, I may have made a mistake, Gates was back in there buying. 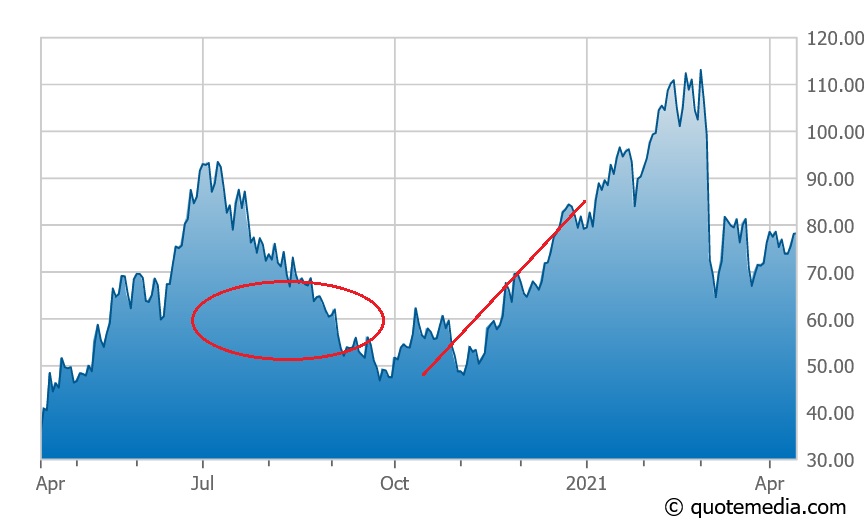 Gates Continues to Focus on Healthcare Buying Schrodinger in Q4

The next 13-F filings will be interesting to see, given the collapse in value Schrodinger had in early March.

A Motley Fool article, Is There Any Hope Left for Schrodinger Stock? commented on the collapse back in March, writing,

“Schrodinger expects to generate between $124 million and $142 million in revenue this year via its software and drug discovery programs. That’s a substantial increase over the $108.1 million it brought in 2020. However, keep in mind that this is a company with a market cap of $4.43 billion.”

Gates’ next form 13 Filing is not due out until 45 days following the end of this fiscal quarter – which takes us to mid-May.

On Schrodinger, according to Cooper Academy,

“Basically, what they do is they use computer simulation to design different medicines and drugs to help cure diseases.”

The host ponders whether or not computer simulations and AI are the future of healthcare. Bill Gates’ involvement in the pandemic over the past year may be impacting his interest in healthcare stocks. While Gates failed to time the top, now with much of his cash on the sidelines, the market is still hitting new all-time highs. The Dow is above 34,000, while the S&P 500 is above 4,100, and the Nasdaq is above 14,000. At least one billionaire had seen enough in Q4 2020; and, while he left some gains on the table, time will tell if he got out near the top.