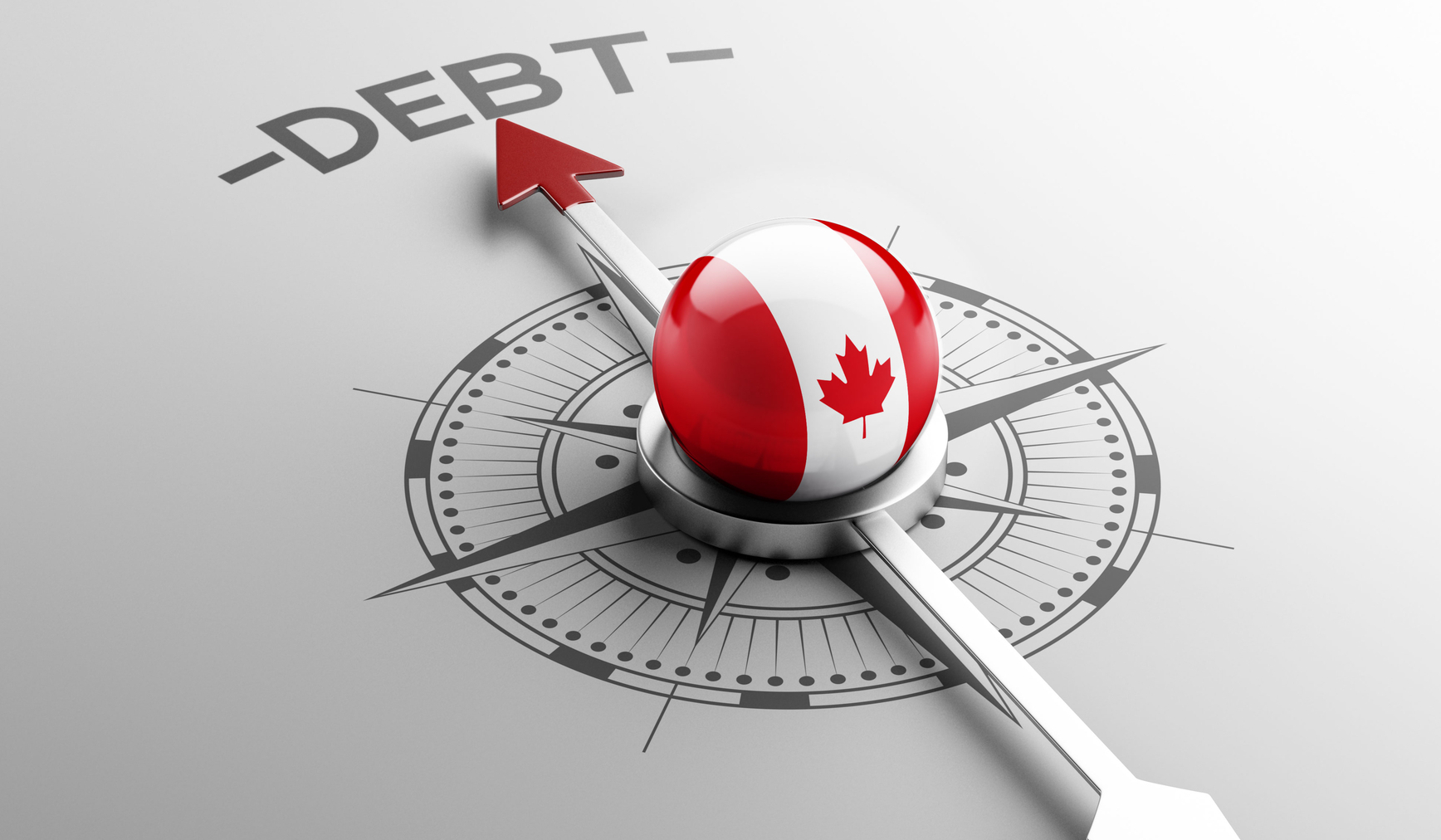 Investing in 2016 is no easy task. From negative real interest rates, mounting government debt loads and terror attacks from Europe to the United States, the investment landscape has become tumultuous to say the least. Politically motivated media outlets have not helped clarify the situation, either. Their bias has made it very difficult to decipher which reported trends are built on solid fundamentals as opposed to propaganda. Government intervention and monetary (and market) manipulation have made the question of where to deploy hard-earned dollars a challenging one. That said, the markets have been lucrative for those willing to think more unconventionally.

By understanding the playing field and adhering to a more politicized investment thesis, individuals can limit their overall risk but still have tremendous upside potential. Finding oneself in the right sector is usually the result of a contrarian outlook, and regularly reviewing and rebalancing your respective portfolio… easier said than done, we know.

For our Canadian members, March 22nd was an important day in history as Canada’s new Liberal federal government released its budget projections for the next 6 years.

Although everyone was expecting a big number, the projected fiscal year deficit of $29.4 billion has left some enraged and others speechless. Even devout Liberals who’ve supported Trudeau from the beginning have taken a step back and used cautious language when questioned about this budget. The final sum was roughly three times the deficit Prime Minister Justin Trudeau promised during his election campaign. News of the budget deficit went global almost immediately, with Hong Kong’s The Standard reporting,

“Canadian Prime Minister Justin Trudeau’s new Liberal government projects a federal deficit almost three times the size it promised during last year’s election. Finance Minister Bill Morneau projected Tuesday there will be a $29.4 billion Canadian deficit (US$22.4 billion) this year and made no mention of returning to a balanced budget. Trudeau had promised a $10 billion Canadian (US$7.6 billion) deficit during the election.”

Just like individuals and homeowners across the country, Canada is now set to take advantage of historic low interest rates.

Under the guise of a weakening global and domestic economy the Liberals are about to go on a spending binge that, in nominal terms, Canada has never seen before. Canada is set to add $120 billion to its deficit over the next 6 years in a stimulus package that aims to jump-start the economy and quite frankly, give roughly 40% of Canadians what they voted for back in October. This can be the danger of a democracy (dare we say) as sometimes the masses do not know best (spend now, save later). This was why the United States was originally founded as a republic (to protect the people from themselves).

After the Conservatives ran a relatively modest (in comparison) $5 billion deficit in 2015, the Trudeau government’s plan to pile nearly $30 billion onto tax payers’ shoulders and the country’s balance sheet in 2016 is a bold one indeed. Not only that, instead of balancing the budget by 2019-2020, as originally promised, the Liberals have given no clear path to ever balance the budget.

Canadian Finance Minister Bill Morneau stated, “We are seizing the opportunity to invest in people and the economy, and to prepare Canada for a brighter future.”

“What he is really seizing is the Bank of Canada money printer, because in order to monetize this surging deficit, the BOC will soon have to unleash its own QE in the coming months.”

By taking advantage of low interest rates, the stage has been set for a colossal expansion of credit in Canada. Before discussing how the feds will finance such an increase in debt, let’s take a look at household debt in the United States compared to its northern neighbour. The results are quite telling and not what you might expect: 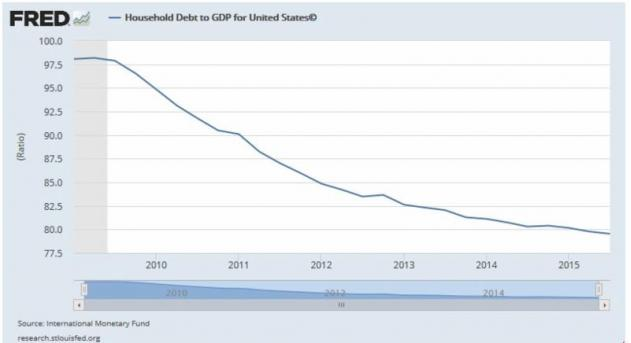 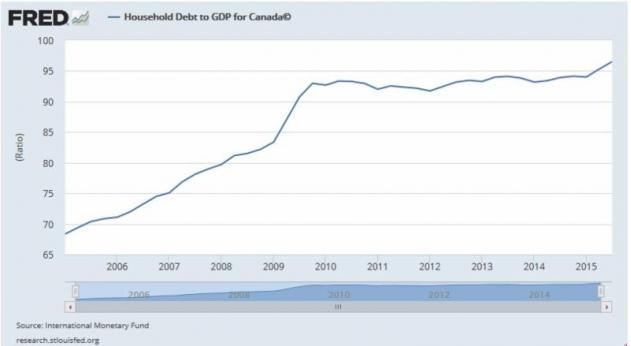 While the housing bubble and Great Recession seemed to teach Americans it was time to put away the credit cards and reduce debt, Canadians missed that message…

A recent PBO report titled Household Indebtedness and Financial Vulnerability, noted that, “This is the highest level recorded since 1990.”

The Liberals are taking a page out of the current consumer mindset: ‘spend now and worry about paying things back later.’ This strategy only works under one of two conditions: Economic growth picks up while interest rates stay low; or if there is inflation… lots of inflation.

The first option is what everyone is hoping for.

Doom and gloom aside, let’s now look at how the Liberals’ budget will impact Canada’s economy and perhaps identify some opportunities.
How will Trudeau finance Canada’s budget deficits?

While the main source will be bond sales over the coming months, Dean Beeby, a writer for CBC, wrote of another source the Liberals hope to tap in the coming quarters:

“This week’s federal budget is banking on $10 billion in new tax revenues over the next five years in areas where the Canada Revenue Agency has a poor track record: collecting bad debts and cracking down on offshore tax havens.”

This is slightly humorous as $2 billion annually would hardly put a dent in the near $30 billion deficit; and according to Dennis Howlett of Canadians for Tax Fairness, “CRA’s record on big tax-evasion cases has been abysmal.”

Perhaps the Trudeau government and revamped CRA will have better luck…

Deep inside the budget announcement, in the section discussing “tax fairness and a strong financial sector” Canada finally made good on its long discussed plan to introduce ‘bail-in’ bank recapitalization legislation. As Zerohedge reports,

“Canada has just become the latest country to treat depositors as the bank creditors they are, and as such, they too will be impaired, or “bailed-in” the next time a Canadian bank needs to be rescued.”

Below is an excerpt from the section in question from the government of Canada’s website:

To protect Canadian taxpayers in the unlikely event of a large bank failure, the Government is proposing to implement a bail-in regime that would reinforce that bank shareholders and creditors are responsible for the bank’s risks-not taxpayers.”

The spending, or investing on margin, spree (depending on your ideology) is going to benefit some sectors a whole lot more than others. The biggest winners by far in Canada’s budget for 2016 are aboriginal communities, universities and lower income students.

$2 billion will be spent over the next three years for universities to update and build new buildings and research labs. $95 million a year has been added to fund Canadian scientists and their research. The amount spent on grants for low and middle-income students has been increased to C$1.53 billion over the next five years.

Here is a big one:

From an investment standpoint, it’s difficult to participate in education, universities or aboriginal spending (minus potentially lucrative infrastructure contracts); however, clean tech and infrastructure companies are also set to benefit under the new Trudeau regime (as we wrote about back in October – read our report ‘Trudeau Bets $1 Billion on this Sector‘).

The clean tech movement was sustained as C$1 billion will be provided to the sector over the next four years. This includes “extra money for a government-run venture capital fund that focuses on fields related to sustainable technology,” according to Bloomberg.

This can be viewed as piecemeal to heal Canada’s arguably undeserved bad reputation on a global stage with regards to fossil fuels and CO2 emissions. But broad awareness of the government’s green investment could change social stigmas toward Alberta’s oil patch, pipelines and obviously help startups in the green sector. Many individual provinces will also offer incentives to carbon capture programs and other green initiatives.

Infrastructure investment to soar in 2016 and beyond

Large infrastructure projects from Vancouver to Toronto will dominate landscapes in Canada’s major cities over the coming decade. Spending on transit, schools and hospitals will amount to $11.3 billion over the next two years alone. Gerrit De Vynck of Bloomberg explained that engineering and construction firms such as “SNC Lavalin Group Inc., Aecon Group Inc., Stuart Olson Inc. and Bird Construction Inc. are among the potential winners.”

Infrastructure spending over the next 10 years: 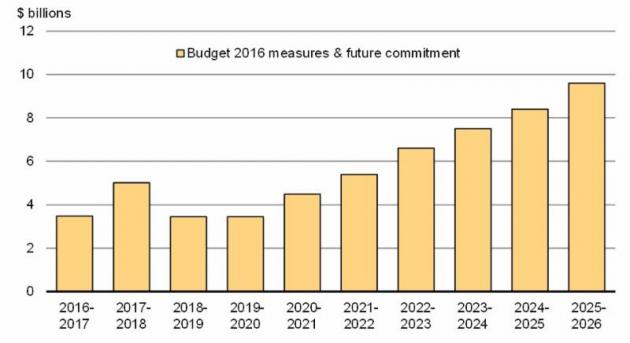 Check out the breakdown over just the next two years:

“We have the Liberals borrowing way beyond the $10-billion deficit promise, we have no plan to create the jobs that we need in Canada right now and we have taxes going up.”

“The three things that he promised was to keep the deficit to $10 billion, to balance the budget by 2019 and to be fiscally responsible. Today he’s broken all of those promises and my concern is that now taxes are going up. It’s not that they are going to go up, they’ve gone up today. So the taxpayer has lost in this argument.”

She is referring to the demographic that pays the most in taxes: the wealthiest Canadians, or those households making more than $200,000.

As explained above, Canada’s government is now behaving like its citizens. Worse still, in respect to when the budget may be balanced “…it doesn’t even offer a timeline for when it will offer a timeline,” explained Andrew Coyne from the National Post.

“The Government will set a timeline for balancing the budget when growth is forecast to remain on a sustainably higher track. Translation: if deficits fail to produce the promised higher growth, the government will go on running deficits.”

Canada’s strong banking system and triple-A rated credit is intact, for now. However, after having the strongest GDP and banking system in the G7 following the Great Recession, Canada’s economy is now waning and the government believes countering the slowdown with a massive stimulus package is the solution. The Liberals are taking a big risk this stimulus will translate into higher GDP, more tax revenue and therefore a more sustainable economy. If Canada’s economy can’t get going before interest rates rise, Trudeau and his enthusiastic cabinet will be one-termers as a hard landing in Canadian real estate, and many other sectors, will be inevitable.