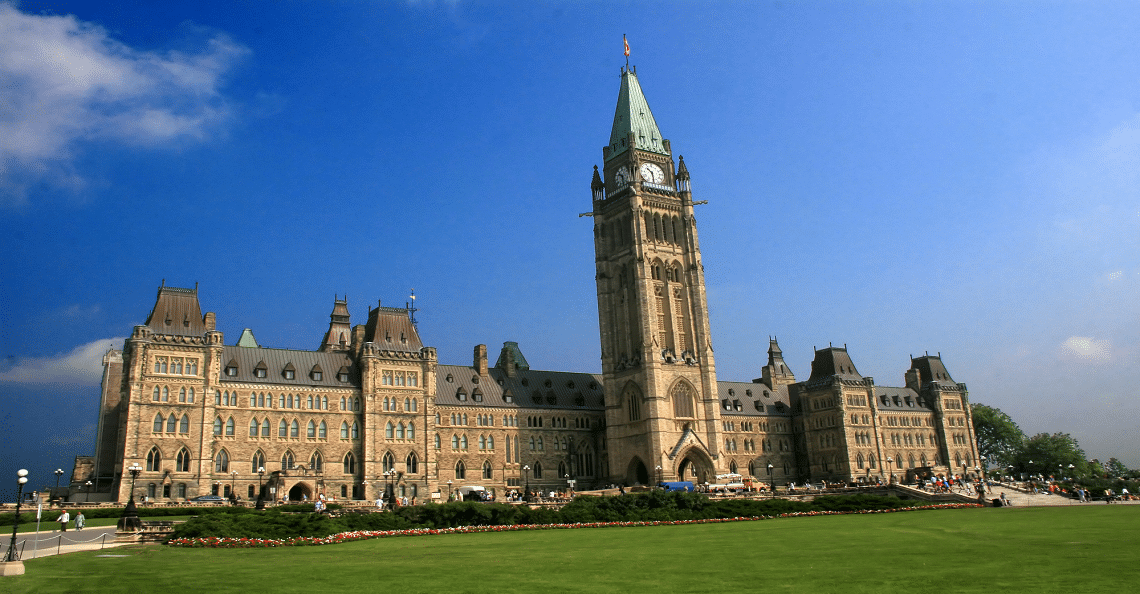 Considering Canada will see a polarizing federal election in 2019, investors must understand the potential ramifications and results. It WILL impact your portfolio, and likely your investment thesis for the short to medium-term.

Although we are roughly six months away from Canada’s federal election, province after province has elected Conservative leadership over the last twelve months. Is this a sign of things to come on a federal level?

Conservative voters will say absolutely, while liberals remain perplexed. Controversy surrounding Trudeau and the federal Liberal Party has crushed support for a once overwhelming favourite…

Alberta and P.E.I. are the latest provinces to vote Conservative (both went from left to right wing governments in April). Now, seven of Canada’s ten provinces are led by Conservative parties.

Five of Canada’s six most populous provinces, representing roughly 79% of the country’s population, have now elected right of centre politicians to govern.

Let’s start with Alberta. While expected, the United Conservative Party’s majority victory was a landslide for the province’s conservatives.

Jason Kenney’s United Conservative Party captured a stunning 63 ridings while the NDP scraped by with a meager 24. Notley’s NDP won 56 seats back in 2015.

Excluding some ridings in Edmonton and Calgary, the vast majority of the province went blue

Since gaining power in mid-2017, British Columbia’s NDP and Green coalition government have fiercely opposed oil and gas pipeline expansions from Alberta to the West Coast. In turn, Alberta’s economy has suffered, fueling an un-Canadian feud between the two Western provinces.

In effect, Bill 12 would allow Alberta to halt companies from exporting petroleum products to B.C. (and anywhere else, for that matter). Faced with a threat to their own economy for once, B.C. responded with a lawsuit.

“In its lawsuit filed in Calgary, the B.C. government says that the terms of the licences may restrict or otherwise interfere with or impose cost burdens on the supply of petroleum products to B.C. The suit claims that the Alberta law is illegal and unconstitutional.”

The suit goes on to explain,

“The government of Alberta introduced and supported the Act because it asserts British Columbia is responsible for ‘delays’ to an expansion of the Trans Mountain Pipeline, which transports petroleum products from Edmonton to Kamloops, Burnaby and Washington.”

B.C. Pays More than Any Major City in North America

B.C. already pays the highest gas prices in North America, routinely above $1.70 per litre in the Lower Mainland (Greater Vancouver area). That equates to roughly CAD$6.63 per gallon or US$4.92 per gallon.

Vancouverites are paying astronomically high gas prices for being in a country with the third largest reserves in the world. What’s more, those world-class reserves sit in the neighbouring province.

Proposed pipelines have failed to be constructed in Canada for decades. A polarizing topic in Canadian politics, it appears to to be at last coming to a head. We wrote about the social and potential political cost of this in A Divided Canada | Energy Pipeline Failures Spark Division.

B.C. Calls on Trudeau for Help

B.C.’s Premier John Horgan said he would be speaking with Canada’s Liberal Prime Minister by the end of the week.

The dynamic emerging here is something to behold…

﻿The Federal government legally owns the politically charged Trans Mountain Pipeline after purchasing it from Kinder Morgan Canada for $4.5 billion in 2018. The purchase—which happened under the premise of ensuring the expansion’s construction—would effectively triple the current output flowing between Edmonton and port facilities in Burnaby. While most of Alberta would love that, BCers are divided on the issue.

Like a slow-motion train wreck, Prime Minister Trudeau is running out of time and options. The Feds are expected to make a final decision regarding the fate of the pipeline by June 18th, just six weeks from now.

If Trudeau pushes it through, he will alienate hundreds of thousands of B.C. voters roughly six months before his hopeful re-election. The PM also knows that he can’t risk losing his base – which in 2015 included many prominent environmentalists…

He’s in a tough spot. At this point in the election cycle, most prime ministers are forced to move to the centre. It’s a consequential move for Trudeau, when historically it has been an easy one for PMs.

Another historically Liberal bastion of support was lost to the Conservatives on April 23rd – the maritime province of Prince Edward Island.

Amazingly, the Liberals even lost to the Greens in this election. The Greens second place finish is their best in Canadian provincial politics history.

The P.E.I. election saw the Progressive Conservatives secure a minority government by taking 12 seats and 36.5% of the vote, while the Greens garnered 8 seats and 30.6%. The fledgling Liberals were able to secure only 6 seats.

Historically speaking, almost no other province in Canada has favoured the Liberals quite like P.E.I.

Since the Great Depression, Prince Edward Island has voted in a Liberal premiere in 16 of 21 elections (prior to the most recent).

New Brunswick, another small Maritime province, saw its Liberal leadership go down after it was defeated in a non-confidence vote on November 1st, 2018. Progressive Conservative leader Blaine Higgs was sworn in as premier with a minority government on November 9th.

Our theory that the Maritimes are singing Trudeau’s swan song will be tested for the final time, before the federal election, on May 16th. On this day, Canada’s youngest province, Newfoundland and Labrador will head to the polls for its provincial election.

According to Global News,

“The Liberal government has been making a flurry of spending announcements – including one Monday about mitigating power hikes.”

We don’t think it will be enough to save them. If Newfoundland turns Conservative on May 16th, greater than 80% of Canada’s population will be living with conservative minority or majority provincial governments.

No matter which way one looks at it, Trudeau has not been a strong advocate for Canada’s resource sector.

Canada was built on commodity extraction. In A Divided Canada | Energy Pipeline Failures Spark Division we outline the tens of billions of dollars in projects that have failed or departed the country in the last two years. So, will the Trudeau mandate continue, or will he be ousted in October? The liberal strongholds from a provincial standpoint are Nova Scotia, Quebec, and British Columbia.

2019 Federal Election All About Seats

Nova Scotia is a small player with only 11 House of Commons seats. Moreover, although B.C. has 42 seats, Alberta’s 34 seats will largely offset the Pacific Coast province’s influence in the Federal election. Last but not least is Quebec and its 78 seats in the House of Commons, the majority of which will go to Trudeau—a Quebec native who is very popular in the province.

Excluding Quebec, the Liberals have fallen from grace in Eastern Canada. Take Ontario, for example—a province that’s home to nearly 40% of Canada’s population. With 121 seats to its name, all roads to Canada’s highest office run through Ontario.

The Progressive Conservatives annihilated the Liberals in Ontario’s election last year. In Conservative Wave Sweeping Canada as Recreational Marijuana Bill Passes we wrote at the time, concerning the Liberals,

“They fell one seat short of the eight seats required to retain their “recognized party” status.”

It was nothing short of a political embarrassment.

According to CTV News,

“It’s the first time in its 161-year history that the Liberal party has lost official status.”

Last but not least, Trudeau’s re-election hopes are challenged by the fact that he remains embattled in controversies, all while the Canadian economy languishes. Despite some strong quarters in late 2016 and early 2017, Canada’s GDP growth is sluggish.

Who Will Stand Atop the Hill in Canada’s Federal Election?

For Canada, everything is building toward the 2019 federal election (formally the 43rd Canadian general election) scheduled to take place on or before October 21, 2019.

We expect that Canada’s Conservative leader Andrew Scheer, despite being perhaps the most boring politician in Canadian history, will win a minority government in October.

While the chances of him standing up to Trump are near zero, he may be able to roll back some of the regulations that have acted as an anchor to Canada’s economic engine.

Watch for Newfoundland to turn Conservative on May 16th, which will make 8 of Canada’s 10 provinces blue or Conservative-led. Although a small province, Newfoundland’s change will be symbolic of the conservative wave that we expect to overtake Canada in October’s federal election.