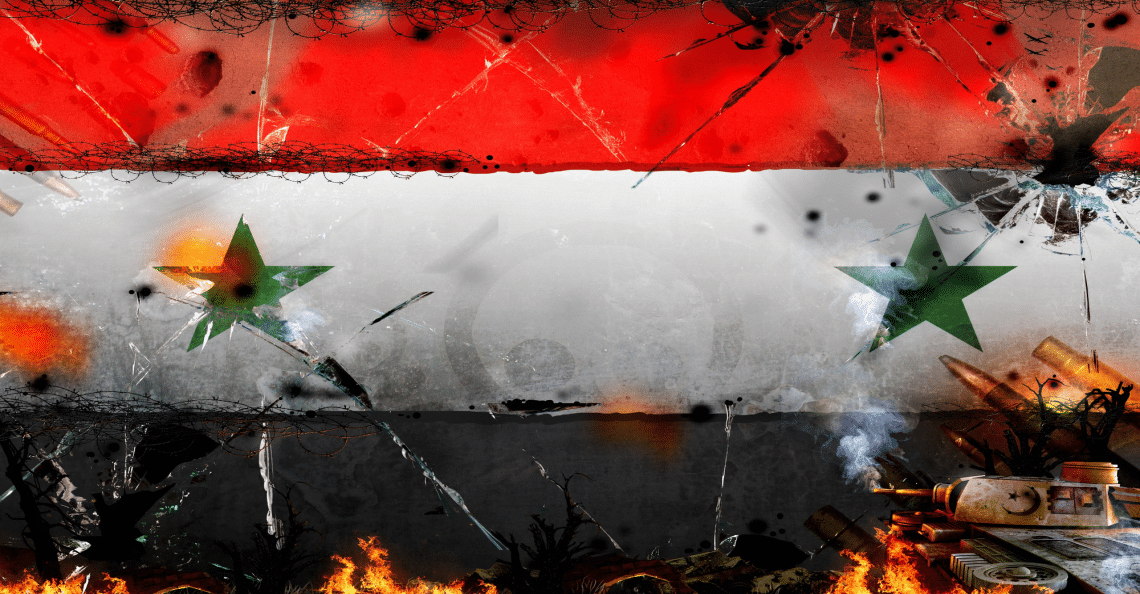 Early Saturday April 14th, at around 4 am Damascus time, US coalition forces launched 105 missiles at targets inside of Syria. A recent alleged chemical attack in Eastern Syria is being given is the reason for this military action; however, there are numerous details that are being hotly contested by everyone involved.

France and the UK rounded out the US-led coalition. Both militaries launched against sites in Syria that are said to contain stockpiled chemical weapons material, or production equipment. According to Syrian sources, many of the missiles failed to impact their intended targets. They claim incoming munitions were intercepted by Surface to Air missiles, and little damage was done.

Video footage released by Syrian sources would seem to support this claim. Russia has raised some question about the basis for these strikes. The Kremlin also publicly stated they do not think that the Assad government was to blame for the chemical attacks. France claimed there is incontrovertible evidence that Assad’s military was responsible for the gas attacks, though they were unwilling to produce anything to demonstrate this.

The conflict in Syria has been grinding on for seven years. With this latest escalation from the US-led coalition, it is unlikely that it will end anytime soon. Despite the claims of ‘Mission Accomplished’ by US President Trump in the early hours of Saturday morning, there is probably more conflict brewing in the region. Over the last few weeks, Russia’s diplomatic presence in the West has fallen rapidly.

In the wake of the Salisbury poisoning, the expulsion of Russian Diplomats took place from many western nations. This makes broad-based negotiations with Russian actors difficult for the West, especially at time when Western powers are turning up the heat on a long-standing Russian ally.

Vladimir Putin and the Russian delegation to the UN quickly called an emergency meeting of the Security Council on Saturday, in an attempt to draft a resolution that would condemn the coalition strikes on Syria. Unsurprisingly, many of the permanent members of the council refused to support the resolution. Russia was only able to gain the support of China and Bolivia, which wasn’t enough to pass the resolution. In the absence of diplomatic solutions to this rising violence, military action from Russian linked forces in the Middle East is likely.

The first salvo in a trade war may have begun with President Trump slapping tariffs on steel and aluminum. In recent weeks China has announced that it will be raising tariffs on a laundry list of US produced goods, with agricultural products like soybeans sticking out as a potential concern.

Not only does this hurt US farmers that make a big part of President Trump’s political base, it opens up the possibility that China is moving the pieces around for an actual war.

China needs to import soybeans in large amounts for its livestock industry. There aren’t any other sources for soy in the quantities that China needs to buy, and soy powerhouse Argentina is currently experiencing a crippling drought. The current situation in the soy market is well known. So it is easy to wonder if China is moving its nation away from US products that would be unavailable in the event of a war with the USA.

Interest rates on government debt were looking buoyant before President Trump imposed recent Chinese tariffs. After dropping for more than three decades, the bull market in US bonds is probably past its bottom. With the antagonism that the US is showing towards one of its biggest trade partners, the use of US bonds as a bargaining chip is starting to become reality.

According to SGH Macro Advisers, China has already stopped adding to its US debt positions.

China and Japan have historically been the two largest buyers of US debt. So, if China were to remove itself from America’s bond market it would represent a strong warning. While it has yet to be confirmed by the US Treasury, or major news outlets, it could be the start of dramatic changes to the way that China structures is sizable holdings of foreign assets.

The note from SGH goes on to speculate that China’s move to halt purchases of new US debt could be part of a strategy to improve its position before they sit down to trade negotiations with the US later this year. Given the size of the deficit the US must finance going forward, this is a very important dynamic to keep an eye on.

Trade woes have been grabbing headlines, but naval escalation in the South China Sea has far more potential to disrupt markets.

The US has been critical of China’s ongoing work to develop the Spratly Islands as a forward naval base. Advanced radar jamming equipment was recently installed on the islands, which raised cries of alarm from The Pentagon.

US naval vessels have been conducting ‘freedom of navigation’ operations in the area for years, but since 2017, they have become more frequent. In recent weeks the US has moved to legitimize further the government in Taiwan, which China sees as a rogue state. China’s motivation to conduct a massive show of naval force near the island of Hainan could be connected to this, where they debuted their first and only aircraft carrier.

Chinese President Xi Jinping attended the event, watching from a destroyer as a huge amount of military hardware was on display. A clear show of force, it may be related to a recent visit by China’s defense minister, General Wei Fenghe, to Russia.

While in Moscow he was quoted as saying,

“The Chinese side has come to Moscow to show Americans the close ties between the armed forces of China and Russia, and that we’ve come to support you.”

It is not hard to see that there are huge potential headwinds for economic growth. Hence, given the nature of these threats to global stability and future economic output, caution in the markets is warranted. While war wages in Syria, one should watch China and activity in the South China Sea closely as it is still tied, in many ways, to Russia.