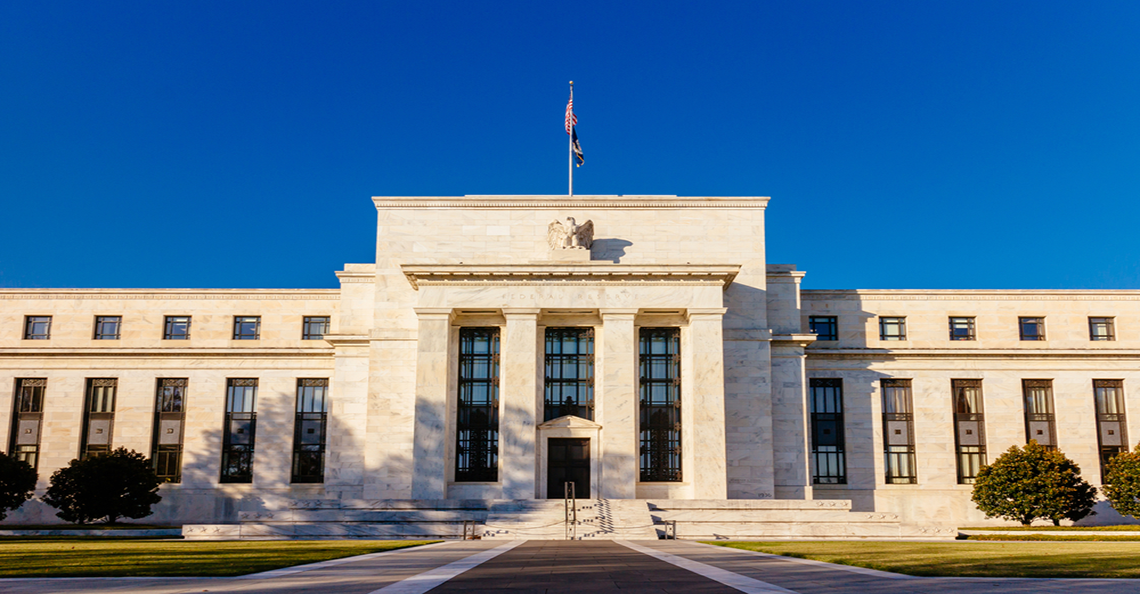 Inflation remains out of control both in Canada and the United States — forcing many to question whether (and when) our respective central banks will act. And, despite veiled threats and bold statements in the face of the inflation boom, we don’t expect the first rate hike anytime soon.

For a moment, look beyond the next inflation print, and zoom in on the big picture. We are in a serious situation. Debt levels – everything from national to corporate and personal – are at record or historically high levels. The economy is limping back to life, but is unlikely to run hot enough for the next 10-20 years to pay off the massive debt. So, where do we go from here?

Needless to say, inflation usually benefits the debtor. One of today’s greatest debtors is the U.S. government, whose national debt sits at nearly US$29 trillion and, by some estimates, is expected to reach US$89 trillion by 2029. But the longer inflation lingers, the easier it ought to be for the U.S. to offload its debt.

Regardless of whether inflation is transitory or not, it’s important to learn to thrive in this environment because, for debtors, inflation could offer a much-needed and welcome way out.

In Jens Parsson’s masterpiece, Dying of Money, he articulates how even Weimar Germany, despite the pain of hyperinflation, actually benefited as a nation,

“Germany’s postwar inflation was so acute that the real burden of its 153 billion marks of war debt was cut by five-sixths to a mere 25 or 30 percent of its annual product. Even with the continuous addition of new government debt during the ensuing boom, the real value of Germany’s national debt never again rose above about 40% of annual product.”

Could the Fed be pursuing long-term inflation to deal with America’s runaway debt? That depends on whether or not there is, in fact, a policy change.

In the 1950s and 1960s, the U.S. dealt with its debt loads the old-fashioned way — by growing the economy and paying off its debt. Although federal spending did go up, annual GDP growth averaged between 5-10% for those decades, and the population grew at a significantly faster rate.

Today, in the 2020s, GDP growth struggles to reach 2%, birth rates are crashing (a leading threat to our wealth) and government spending continues to grow year after year. Take a look at the widening budget deficits in the United States:

In Dying of Money, Parsson outlines the different debt outcomes for the U.S. and Germany in the postwar years,

“By contrast, the postwar inflation of the United States was so much less acute that the value of its war debt was still fully 90 percent of annual product in 1950. As late as 1968, more than twenty years after the war, the war debt of the United States was still worth 30 percent of annual product, a level which Germany had reduced to within two years.”

Today, one obvious deflationary force in flux is the massive retirement of Baby Boomers. If, despite that, inflation continues to run hot and the Fed fails to raise rates, there can only be one reasonable motivation: reduce the percentage of outstanding debt.

Let’s take a quick look at the debt loads.

According to a Bankrate.com article from late-2020 titled With fixed rates at record lows, adjustable-rate mortgages vanish, by Jeff Ostrowski,

“ARMs accounted for just 2.6 percent of mortgage applications in recent weeks and fell to 2.2 percent this week, according to the Mortgage Bankers Association.”

“Fewer than 10% of borrowers were choosing ARMs in August 2017, according to data from CoreLogic and Freddie Mac.”

Interestingly enough, this is not the case in Canada.

Lower Rates Too Irresistible for Canadians

Canada’s top banker, Tiff Macklem, and his increasingly hawkish sentiment appear to be falling on deaf ears. Erica Alini from Global News summed it up in an article titled Interest rates are headed up. What it means for variable and fixed mortgage rates:

“The market share of new variable-rate mortgages surged to 51 per cent in July — the highest level since the BoC began tracking the data in 2013 — from less than 10 per cent in early 2020, and mortgage brokers say this has continued to increase since then.”

Many borrowers have gone to sleep on threats that the central bank will raise rates. In reality, this makes it harder for banks to increase their lending rates. Additionally, a rate hike by any significant measure could be problematic for Canada’s white-hot real estate market.

Corporate debt in America has expanded to a record US$11 trillion. Non-financial companies in the U.S. issued an astounding ~US$1.7 trillion in corporate bonds last year alone, which according to Sam Goldfarb’s piece on the Wall Street Journal is,

“nearly $600 billion more than the previous high, according to Dealogic.”

U.S. National Debt Heading to US$89 Trillion This Decade?

Mike Patton, Senior Contributor at Forbes, penned U.S. National Debt Expected To Approach $89 Trillion By 2029 in May of 2021. The forecast is grim, but again, it points to inflation as possibly the only way out. He writes,

“…the national debt will approach $89 trillion by 2029 according to USDebtClock.org. This would put the country’s debt-to-GDP ratio at 277%, surpassing Japan’s current 272% debt-to-GDP ratio.”

“Yes, America is losing, or perhaps already has lost, control of its public spending.”

The Fed’s box keeps getting smaller.

Fed Running Out of Road

The deflationary forces of a weak and unbalanced economy, baby boomers retiring, and record debt levels would keep inflation in check in a perfect world. However, the combination of an exploding money supply, maintaining low interest rates, and supply chain issues have inflation surging.

If the Fed opted not to increase rates beyond 2.5% in the last tightening cycle, what would make it do so now? Especially when one considers the trillions in new debt added across personal, corporate, and national levels.

It’s entirely plausible that the Fed could consider waiting out inflation, in order to give the U.S. a shot at eroding its debt loads.

The Fed’s Next Move Will be Heavily Scrutinized

Take a look at the chart below.

October’s CPI hit a 30 year high of 6.2%, making many feel like they are back in the 1970s. What’s important to highlight about the recent data is that, unlike the 1970s, food and energy are no longer included. In the mid-90s, metrics such as food and energy still counted towards the core inflation. Because of this, we may already be at or well above 1970s inflation rates.

It will be telling to see what the Fed does next quarter. If inflation continues to run hot with no interest rate increases, it will fan the flames of insinuations that the Fed might be capitalizing on inflation’s latest run.