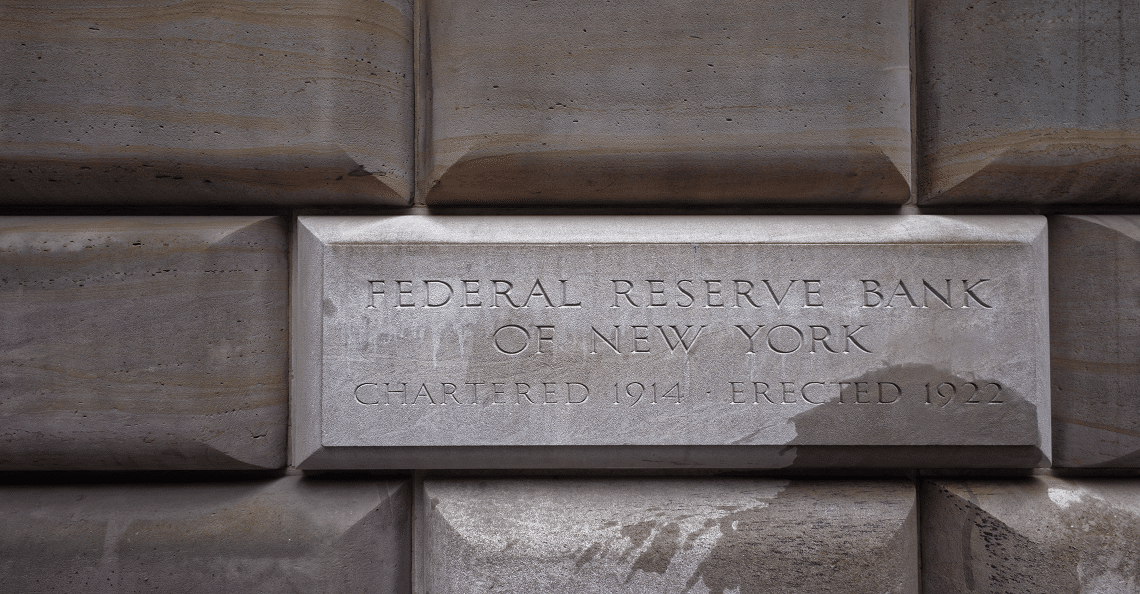 The Federal Reserve is doing it again. The world’s most powerful financial institution has won the confidence game, taken the markets to within striking distance of all-time highs, and is dramatically declining its daily Treasury purchases.

Stanley Druckenmiller told CNBC on Monday that recent market performance has “humbled” him and “that he underestimated the power of the Federal Reserve,” according to CNBC.

Druckenmiller, who is a renowned hedge fund manager and one of the best in the business.

“The risk-reward for equity is maybe as bad as I’ve seen it in my career.”

“The wild card here is the Fed can always step up their (asset) purchases.”

Just when investors thought the Fed might relax and take its foot off the gas, it continues to flood Mainstreet with liquidity. Earlier today, the Fed unveiled a new plan to deliver more cash to small and medium-sized businesses in need. The central bank is doing three things:

Here is how the numbers breakdown via CNBC,

“Under the new guidelines, the minimum loan now will be $250,000, half the amount under previous versions of the plan. The maximum will now vary by facility but could be up to $300 million from the previous $200 million.”

For those watching, the reversal in sentiment, particularly for market participants, is historic. However, none of this should be surprising, given we are in an election year the Chairmas was appointed by President Trump. We wrote about this in detail in Trump takes control of the Fed.

The markets have two huge things going for it now:

From my vantage point, Trump finds himself in a fortuitous position, at least as the economy stands. To the public, it appears that he is once again the underdog. Beaten down by COVID-19, the U.S. economy is rising from the ashes. With less than five months until election day, this could favor Trump. Given how high unemployment spiked recently, it may be easier for the Trump Administration to put together three or four incredible monthly jobs reports, as the economy reopens, before the election or second wave of COVID-19 hits. With the election on November 3, most cities in the U.S. will not have experienced a significant cold snap yet.

While the market rallies higher, leaving what was now a 33-day bear market in the rear-view, investors are rejoicing. What’s more, daily coronavirus cases and deaths across the U.S. and most of the developed world continue to move lower day after day. There is much to be thankful for.

According to Zero Hedge’s Fed Again Tapers Daily Treasury Purchases To $4 Billion Per Day For Next Week:

“From an initial $75 billion per day when the Fed announced the launch of Unlimited Q.E. in mid-March, the U.S. central bank first reduced its daily buying to $60 billion per day, then announced a series of consecutive ‘tapers’ as follows:

Then, after again shrinking the average daily POMO to $4.5 billion for the week of June 1-June 5, in its latest just published schedule, the Fed unveiled that in the coming week it would purchase “only” $4BN per day, or a total of $20BN for the week, the lowest weekly total since the launch of Unlimited Q.E. on March 23.”

As the Fed reduces its daily Treasury purchases, its balance sheet growth slows. 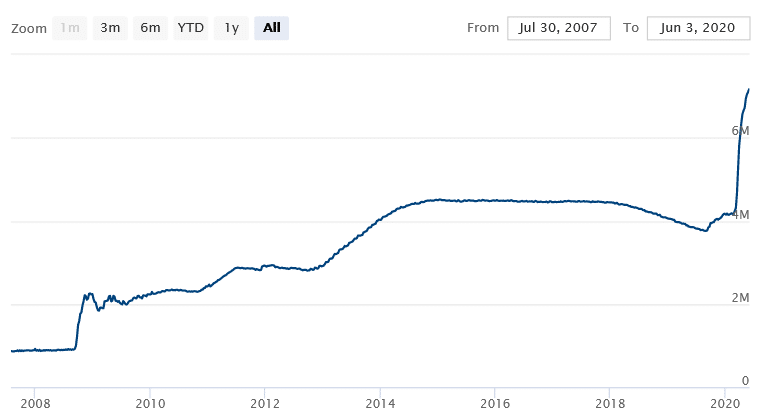 Still, the Fed’s balance sheet is a startling image. However, its once vertical line straight up is developing somewhat of an arc as purchases slow, and its balance sheet increases lessen. With the savings rate at an all-time high in the U.S., the velocity of money remains muted, keeping a lid on inflation. As the Fed’s Treasury purchases decline and it becomes more likely the U.S. economy may avoid a prolonged recession, foreign buying of treasuires will increase. Only time will tell if the trillions in stimulus and record deficit spending by the Fed and U.S. government will end in stagflation or hyperinflation.