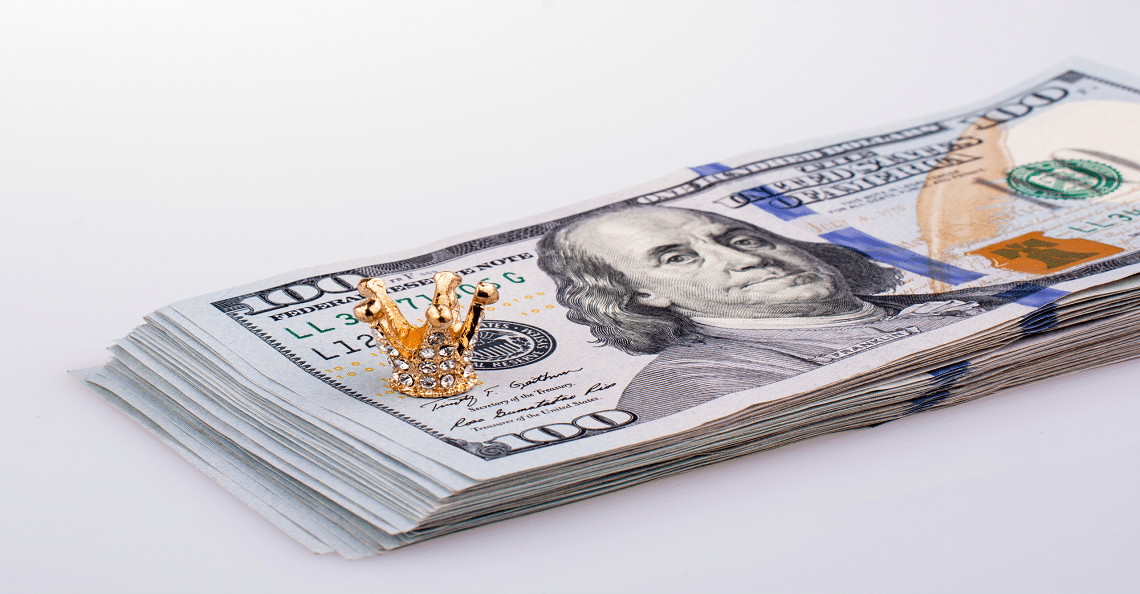 The U.S. Dollar Index is back above 100 despite gold continuing to trade firmly above $1,700 per ounce. Despite all the calls for the dollar to collapse amidst trillions in monetary stimulus it is standing tall. A more ominous sign for the dollar can be found in the declining number of official foreign holdings of U.S. Treasury securities. Nations are beginning to sell U.S. denominated debt. Foreign official holdings of U.S. Treasury securities stored at the Fed are declining rapidly. Holdings fell by $109 billion in March, the largest monthly drop on record, according to Bloomberg, as international governments and central banks sold U.S. debt to shore up cash.

In 2008 and 2009, the custody holdings of marketable U.S. Treasuries rose steadily as the Fed expanded its balance sheet and purchase programs. A prolonged decline in official holdings today would represent a far different response from foreign holders of U.S. Treasuries in comparison to their behavior following the Great Recession. However, it seems as if the Fed is already getting ahead of this potential threat.

“The Fed on Tuesday rolled out a temporary repurchase agreement facility that will allow a broader range of central banks to swap Treasuries for dollars, effective April 6.”

Holdings of marketable U.S. Treasury securities increased for the first time in weeks following the move. Holdings on hand went from $2.843 trillion on April 8th to $2.857 trillion on April 15th. While not a huge increase, the Fed may be able to hold the line. The next update is due out later today.

Fed Will Protect U.S. Treasuries at All Costs

According to the same BNN Bloomberg article,

“The Fed stopped short of saying it wanted to prevent a snowball effect from the central-bank Treasuries selling, but said Tuesday that the new program will provide “an alternative temporary source of U.S. dollars other than sales of securities in the open market.”

The Fed’s balance sheet, set to be updated later today, is closing in on $7 trillion. The Fed is pulling out all the stops to maintain liquidity and ensure the U.S. Dollar does not collapse. Keeping U.S. Treasury securities liquid and in demand is a significant part of that. For now, it is working. But, gold is telling us what most of us already know. The U.S. dollar and the U.S. economy are in trouble.