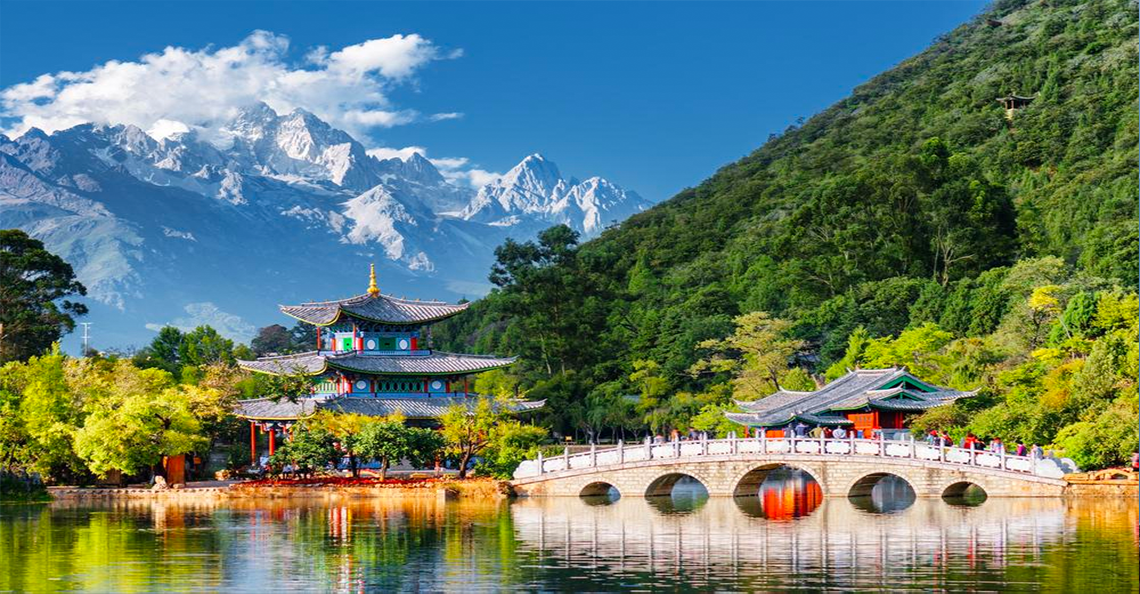 Winning in sports often comes down to a mental contest. Whoever can get into the opponent’s head typically wins. It’s an effective tactic because it distracts the opponent from the two reasons that should propel one to victory: Why am I fighting? And what am I fighting for?

It isn’t always a premeditated strategy. Sometimes an opponent falls into a self-constructed mental maelstrom, inevitably giving the other party the upper hand. When this happens, one party seizes control and is fully aware of it. One acts, the other reacts. While one gets energized, the other gets frustrated. In the final analysis, one is winning, and the other, losing.

Aggravated by the pandemic, the gloves may have come off in the geopolitical/economic fight for ascendancy between China and the Western world; but perhaps now, more than ever, is the moment where cooler heads ought to prevail.

Global supremacy of any communist nation spells trouble for the West and threatens the peace that now reigns in much of the world.

So, stopping China’s ascendancy is in the interest of every sovereign nation on the planet. And it is up to the stalwarts of free markets and democracy – like the United States and its Western counterparts – to put an end to the CCP’s rise, otherwise it could cost us dearly.

What’s the West Fighting For?

For some, it’s a battle of good vs evil; for others it’s to remain the dominant force, and for a few it’s about bringing down China’s current regime.

In some form or another, it all boils down to this: the West is engaged in a battle for the high ground among nations. Ground that is quickly being lost to China, as it pumps billions of foreign investment dollars into more than a hundred countries worldwide, while presenting itself as today’s champion of progress and development.

Like it or not, it’s working for China. When President Xi Jinping first announced the CCP’s Belt and Road Initiative (BRI) in 2013, less than 10 countries signed onto it. Today, 139 countries and 32 international organizations have all signed cooperation documents as part of the initiative.

Meanwhile in the West…

The majority of foreign policy headlines in the last decade have revolved around border security and fair trade agreements. Andrew Moravcsik, professor of politics and director of the European Union Program at Princeton University, published an insightful piece in the fall edition of Foreign Policy magazine, where he wrote:

“Over the past decade, Europeans have faced four epochal foreign-policy challenges involving the strongest great-power competitors and most powerful forces of globalization in today’s world. In 2014, Russia attacked Ukraine. In 2015, waves of migrants flooded across the Mediterranean, and the next year, amid rising populist Euroskepticism, the Brexit referendum threatened to dissolve the European Union. And since 2016, Donald Trump, first as a candidate and then as U.S. president, has challenged NATO and trans-Atlantic trade.”

So while China was on an all-out assault to win the hearts (and ears) of the developing world, the West was busy shoring up its borders, fighting for self-preservation and re-negotiating trade deals among themselves.

Only in recent months have they turned their focus to China. The G7 has now insinuated that the solution to the murky state of affairs in Europe and North America is to unite around a common enemy, hoping that it will aid in the resolution of other outstanding geopolitical issues in the process.

Assuming all that is true, is it even possible (affordable) to compete with China’s ability and willingness to spend without jeopardizing the economic stability of the Western world?

CCP’s BRI Investments: How Can They Afford So Much?

“Mostly through bank loans, led by China’s three government policy banks, the large state-owned banks, and sovereign wealth funds such as the Silk Road Fund. These are the main sources of such lending, along with international financial institutions such as the World Bank, Asian Development Bank, Asian Infrastructure Investment Bank and New Development Bank.”

In about 7 years the CCP racked up roughly US$4 trillion in foreign expenditures, catapulting its outstanding foreign debt to US$2.4 trillion in the process. On top of that, the jury is still out on whether the projects being invested in will ever generate enough capital to pay off all that debt. And if you think China doesn’t care, its recent moves (or lack thereof) might force you to reconsider. In March, CNBC’s Evelyn Cheng reported that,

“A first-quarter survey by the China Beige Book released Thursday found that borrowing by state-owned enterprises dropped to the lowest in the study’s roughly 10-year history. Overall borrowing fell to its lowest in three years, while that of large firms hit a five-year low, the report said.”

The Chinese recognize that their country’s debt levels are spiralling out of control – heck, possibly its largest property developer, Evergrande, was brought to its knees just last month because of debt woes – and its government is now dropping not-so-subtle hints of starting to “deleverage”.

When the G7 unveiled its B3W plan to counteract China’s growing dominance globally, Central Bankers in the Western world must have been left dumbfounded. Aside from looking awfully similar to BRI, it was very thin on details regarding funding to help narrow the estimated US$40+ trillion worth of infrastructure needed by developing countries by 2035. What we know from the White House Fact Sheet on the B3W partnership is that,

“…together with the private sector, other U.S. stakeholders, and G7 partners, B3W will collectively catalyze hundreds of billions of dollars of infrastructure investment for low- and middle-income countries in the coming years.”

And that’s about it.

After witnessing China’s debt situation as a result of its global spending spree, you’d expect Western leaders to tread carefully while going down the same road… or avoid it altogether.

Many, if not all, of the G7 economies are grappling with a looming debt crisis of their own, and taking on anymore in order to match China’s spending power abroad is nothing short of asinine. Read our $280 Trillion Problem article if you’re not convinced.

Besides, if the plan is to go toe to toe with the CCP, “hundreds of billions of dollars of infrastructure investment in the coming years” will be no more than a welcome add-on for those countries already benefiting from Chinese BRI investment.

It’s Time to Wake up, Folks

True, China is filling the infrastructure gap the developing world desperately needs to realize its economic potential. South-east Asia is projected to become the world’s fourth largest economy by 2030; and Africa is said to be well on its way to becoming a $5 trillion dollar economy.

However, far more important than infrastructure development, and prior to it, the biggest hurdle any nation must cross for its economy to thrive remains its political stability. Commentary on this warrants its own volume, but we wrote a short piece on it with respect to mining just last summer.

The point is fairly obvious, but let’s take two examples that could highlight it even further…

CPEC: The China-Pakistan Economic Corridor is BRI’s flagship project and most ambitious undertaking in any single country to date. David Sacks, codirector of the Council on Foreign Relations Independent Task Force on a U.S. Response to BRI outlines that,

“CPEC encompasses $62 billion in commitments, covering everything from power plants to railways, roads, and a major port facility.”

FYI, US$62 billion is roughly one-fifth of Pakistan’s GDP. In a post from March 2021, Sacks reported that CPEC has been,

“…plagued by stalled projects, reports of corruption, and terrorist attacks. A Pakistani government committee concluded that Chinese contractors were overcharging Islamabad by $3 billion on two CPEC power plants, and reports emerged that Chinese investors were guaranteed large annual returns on their investments. Almost no commercial shipping calls at Gwadar, and the Lahore metro appears to be economically unviable. Although Pakistan formed a fifteen-thousand-person security force to protect CPEC construction, it was not enough to prevent a string of terrorist attacks.”

Unless something changes, it’s unlikely that CPEC will ever fulfill the aspirations either party had for the project. Sacks concluded his report stating that,

“While CPEC has contributed to an improvement in Pakistan’s infrastructure, its shortcomings, principally corruption, opacity, and a willingness to fund economically unviable projects, have led Beijing and Islamabad to moderate their expectations.”

Now take the case of Mauritius, Africa’s most competitive economy for close to a decade now. In 1968, the country’s GDP per capita was ~US$270. Today, it’s almost US$9,300. Mauritius is ranked 13th in the World Bank’s Ease of Doing Business ranking, ahead of Australia, Germany, Japan and Canada.

The country is also one of the freest economies in the world. In its 2021 Index of Economic Freedom, the Heritage Foundation ranks Mauritius first in Sub-Saharan Africa among 43 countries, and 13th globally — higher than the United States.

So how did a 200 sq. km island country off the eastern coast of Africa rise to such prominence while so many of its resource-rich neighbours continue to flounder? Cader Sayed-Hossen, Mauritius’ Minister of Industry, Commerce and Consumer Protection at the time, summed it up seven years ago when he said:

“Mauritius’s success depends on our stability. Our economic policy is totally predictable.”

The rope-a-dope strategy in boxing, although painful for the boxer, will cripple any contender when employed properly. The basic premise of the technique is to lure the opponent into tiring himself out by burning up energy on non-injuring offensive punches.

China couldn’t resist the lure of making its mark internationally and now, several trillion dollars later, it’s beginning to burn out. Signs that the CCP is starting to pull back on its heavy spending on BRI projects have already started coming in.

The knee-jerk reaction on the part of Western leaders to throw their counterpunch with a coordinated BRI-looking plan (only this time, a “green” one) is simply counterintuitive. It makes no sense to dig a multi-trillion dollar hole for ourselves, just like China, when a) our economies are on the cusp of a debt crisis and b) these projects may never see the light of day in unstable economies.

We cannot let an obsession with the CCP’s infrastructure accomplishments cloud better judgment when it comes to making strategic foreign investments. Lest it be forgotten, more important than beating China at everything it does is to persist as the stronger economic power. And the stronger economic power is not the one that outspends the other, but the one that outgrows (and outlasts) the other.