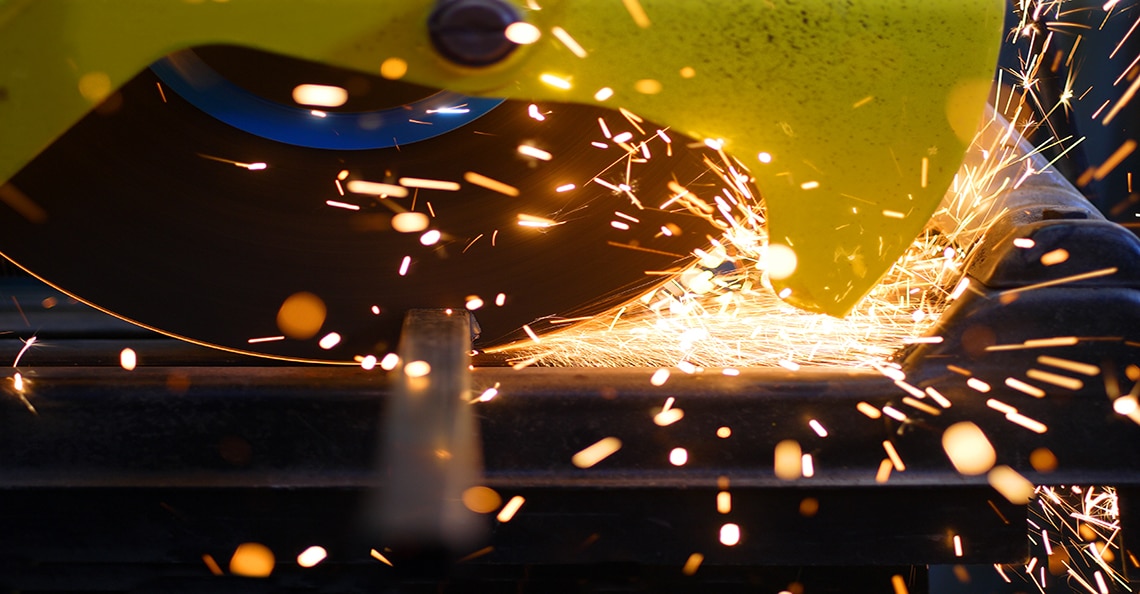 Global steel producers are reeling from the demand shock caused by COVID-19, and it could be a while before things stabilize.

“Global crude steel production fell 6% to 147.1 million tonnes in March from a year earlier, World Steel Association data showed on Wednesday, as the coronavirus crisis forced the closure of furnaces.”

“Steel production in the European Union tumbled 20.4% to 12 million tonnes in March, while North American output dropped 9.4% to 9.7 million tonnes.”

Surprisingly, the report showed that China’s crude steel output remained relatively unchanged, falling a mere 1.7% in March to 79 million tonnes. In contrast, a report from the American Iron and Steel Institute (AISI) found that as of the week ended April 11, U.S. steel production has fallen 33% since last year.

As a result, thousands of American jobs are on the chopping block; already, American steel producer U.S. Steel announced 2,700 layoffs with the potential for 3,800 more if the market doesn’t turn around. ArcelorMittal, the world’s leading steel and mining company, announced it has temporarily axed almost 1,000 U.S. positions since the beginning of April.

However, the economic effects of weakened steel demand are being felt elsewhere in the Western world as well.

Last week, Canadian steel producer Algoma Steel announced it was temporarily laying off approximately 70 personnel after it shut down construction of its No. 2 ladle metallurgy facility earlier in April.

Tata Steel, Europe’s second-largest steel producer, stated it would need approximately £500m of aid from the U.K. government to weather the COVID-19 pandemic. British politicians were quick to clarify just how dire the situation is for U.K. steel producers like Tata Steel.

“The Labour and Plaid Cymru MPs said [steel] demand was down 80% and steel firms faced a ‘cash-flow crisis’.”

The British MPs went on to state that,

“The economic arguments are clear – for each and every tonne of British steel that goes into infrastructure, £700 is added to the UK economy.”

Although major economies like the United States are beginning to reopen, steel production is unlikely to rebound in the near-term.

“The biggest cuts in [steel] production are expected to be recorded in the second quarter [of 2020]. Lockdown measures, to contain the spread of the coronavirus, have led to the temporary closure of many steelmaking facilities.

Worldwide [steel] production is, therefore, predicted to shrink by more than 20 percent, compared with the year earlier figure.”

This echoes a similar sentiment we shared in a Weekly Intelligence Newsletter, titled, Covid-19 Economic Recovery Will Not Go as Planned,

“The second quarter of 2020 is where things could get really ugly. Even in the best case scenario, where Trump gets his wish and much of the U.S. economy starts ramping back up in May, the damage will already be done. Think of the U.S. economy as a train that just hit a brick wall at full speed; it’s going to take a hell of a lot of work in the bodyshop to get that train up and running again.”

But despite the challenges ahead for steel producers, Hellenic Shipping News notes that recovery for the global steel industry may be on the horizon,

“A gradual recovery, toward previously predicted output levels, is foreseen, during the second half of 2020, as more countries emerge from the constraints arising from the fight against Covid-19.”

Steel Industry is Another Bullet in Trump’s Chamber

Given how hard the U.S. steel industry is being hit by COVID-19, it’s hard to imagine the Trump administration not escalating its anti-China rhetoric — especially considering U.S. Secretary of State Mike Pompeo’s recent allegation that COVID-19 may have originated in a laboratory in China. As the 2020 United States presidential election approaches and the American steelworking industry tries to recover, expect steel to re-emerge as a flashpoint between the U.S. and China. After all, it was one of the first commodities Trump announced tariffs on when the U.S.-China trade war began in 2018.