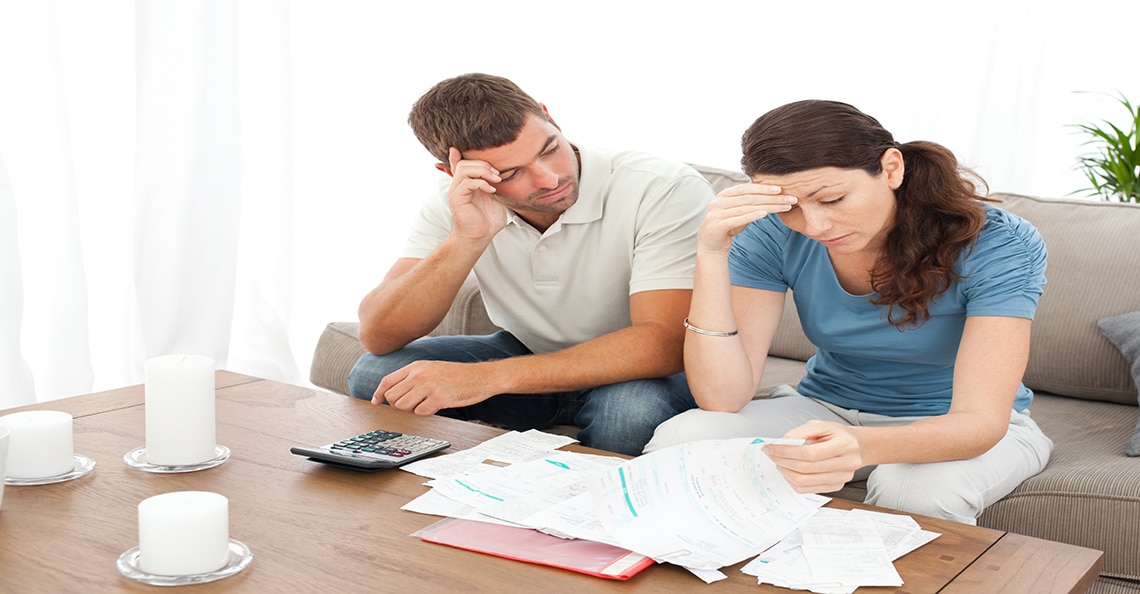 Rightly or wrongly, an economic recession in Canada has become a foregone conclusion for many investors. As such, the pervading question is no longer regarding whether or not Canada will enter a recession—but rather how harsh the next recession will be.

In this article, we’ll explore how growing Canadian household debt, muted savings, and nationwide layoffs are threatening to pull Canada into a painful recession.

“. . . if a recession occurs Canada will be harder-hit than others. Unlike most of the developed world, we don’t have pent-up consumer demand. In fact, debt ratios of Canadian consumers today are a lot higher than they were for U.S. consumers in 2008, and they’re rising.

And unlike America, where there is huge demand for new housing, Canada’s homebuilding has been well ahead of demographic demand for a number of years. In the face of weakening global demand, Canada wouldn’t have a strong domestic economy to fall back on.”

In the same vein as Hall, Albert Van Santvoort, a writer for BIV, explains why Canadians are especially ill-prepared for another recession,

“Canada has often been applauded for how it survived the global financial crisis of 2008. However, Steve Keen, an economist at University College London, said Canada and other countries including China and Australia were able to sidestep trouble over a decade ago by inflating their private debt bubbles, an action that he said merely postpones a recession rather than preventing it.”

Santvoort goes on to quote Keen,

“[Canada] has managed to avoid the hangover of the 2008 recession by getting drunk the next morning.”

At least Canada didn’t get drunk alone. As Keen was apt to point out, Australia was one of the many countries that inflated private debt to avoid recession. Interestingly enough, Australia is the only other G20 country with a household savings rate below Canada’s. According to data from Trading Economics, Canada’s Q3 2019 household saving rate was 3.20% (up from a dismal 1.3% in Q1 2019 and 1.7% in Q2 2019) while Australia’s was 2.30%.

These figures aren’t exactly impressive. For some context, the United Kingdom’s household saving rate was 6.80% in Q3 2019 while the United States’ was 7.80%.

A weak household savings rate typically indicates that households are using more of their disposable income to pay off debt. And sure enough, private debt is something Canada has in spades.

“In the United States, private debt levels fell significantly after the Great Recession to about 150% of GDP, down from 170%, and have yet to come close to pre-recession levels. The opposite is true in Canada. Private debt in Canada has grown to 220% of GDP, up from 150% in 2008.”

With layoffs across Canada’s public and private sector increasing, the resiliency of already debt-ridden Canadian households is set to be tested further. Alberta Innovates, Husky Energy, General Motors, CN Rail, and now BMO are just a few examples of organizations that have cut (or have announced plans to cut) jobs since the end of Q3 2019. We expect many more will join the list as companies continue to look for ways to reduce costs amidst the global economic slowdown.

Canadian Households Are Running Out Of Time

With high debt and low savings, Canadian households appear to be no sturdier than a house of cards. Still, it’s not all doom and gloom for Canada; construction of the highly anticipated Trans Mountain pipeline finally appears to be making progress, and Canadian households technically are beginning to save more. Given enough time, perhaps Canadians could have a better chance of preparing themselves better for the next recession. However, as Peter Hall points out in his aforementioned blog post, “Time isn’t on our side. The longer resolution [of the U.S.-China trade war] takes, the more likely we’ll default into recession.”