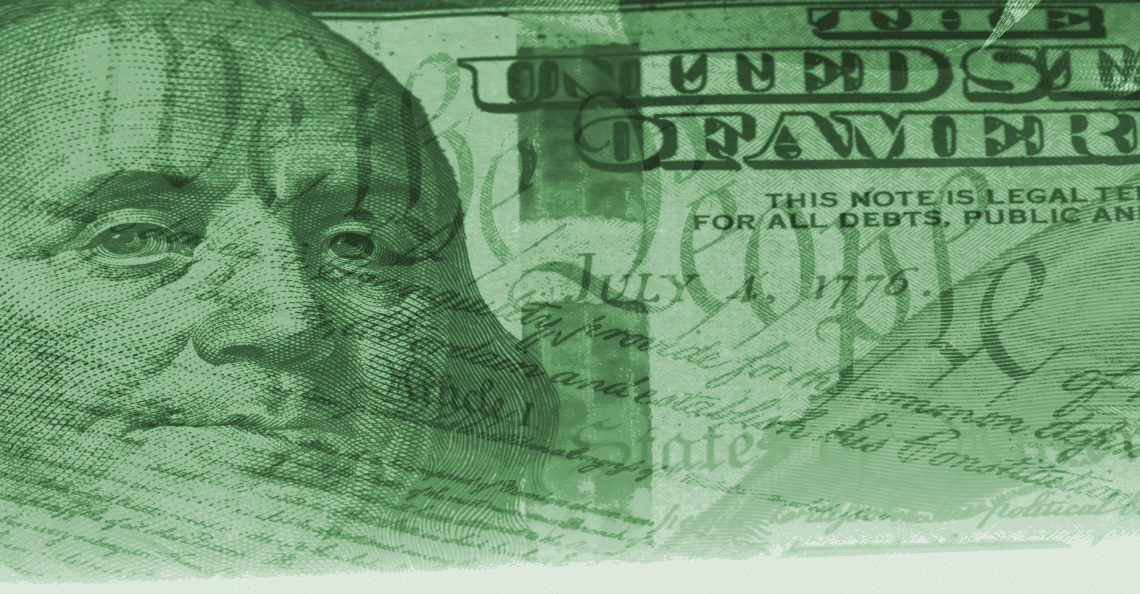 Forget about 30,000 Dow; Warren Buffett recently stated that he expects the Dow Jones Industrial Average to be “over 1 million” in 100 years. We’re betting monetary policy, not U.S. economic growth will be the main driver to Dow 1 million.

Although the Oracle of Omaha has the track record to back up this grand target, these types of statements from some of the world’s most influential people in finance routinely occur near market tops.

Furthermore, Buffett is a perma-bull as his career in finance has largely occurred during a historically robust economic period when stocks skyrocketed due to loose monetary policy and rampant inflation.

And while Buffett loves to tout the markets, Berkshire Hathaway reported a record cash position of just over $1 billion in early August. This is the investment company’s largest cash position since just prior to the financial crisis of 2008, according to Omaha World-Herald. 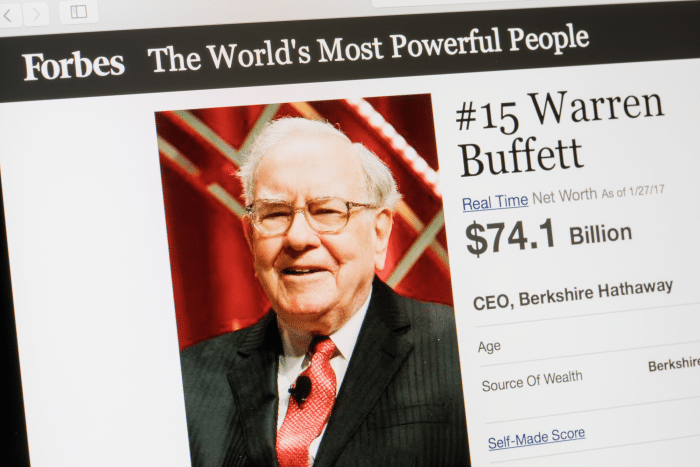 As investors always cautious of monetary policy impacts, Buffett’s statement begs the question: What kind of inflation will have to take place between now and 2117 for the Dow to reach 1 million? Short answer, much more than what we’ve experienced in the last twenty years.

Dow vs. Gold, Oil and other Commodities

Depending on where you live in America, home prices are up between 80% to over 200% in major metropolises in that time period. Oil is up approximately 85% (even at today’s depressed price). Gold is up roughly 240%. Copper more than 250%…

“Whenever I hear people talk pessimistically about this country, I think they’re out of their mind.”

While we’ve never met a rich pessimist, these types of statements often signal a top.

Buffett reminded sceptics of his bold prediction that the Dow was 81 in 1917. What he doesn’t mention, however, is the performance of the Dow over the last twenty years – a time period which has seen unprecedented loose monetary policy.

While none of us will be here in 100 years to check his prediction, 1 million Dow isn’t going to happen with the inflation numbers the U.S. economy has been putting out lately. The U.S. has failed to register an inflation rate above 2% for the past four consecutive months. And we are supposedly entering an era of monetary policy tightening, if you take the Fed’s word for it.

The Federal Reserve chose not to raise rates in September, but recommitted to raising rates three times in 2018. The Fed’s statements put a prompt end to the pervasive U.S. dollar weakness. Check out the instant appreciation of the U.S. Dollar Index on Wednesday, September 20th.

This is the power of the Fed. A handful of words can send other currencies and commodities, so important to TSX and TSX Venture investing, falling. After giving back much of the gains to end the week, the U.S. dollar was comfortably up 0.5% last Monday, gaining against a basket of its peers. New York Fed President William Dudley was quick to comment this past Monday. As reported by CNBC, after citing the effects of a weak dollar and strong growth abroad, Dudley noted,

“With a firmer import price trend and the fading of effects from a number of temporary, idiosyncratic factors, I expect inflation will rise and stabilize around the (Fed’s) 2 percent objective over the medium term.”

When it comes to the economy or inflation not performing exactly as planned by the masters of monetary policy, it is always temporary or strange things being blamed. On Tuesday, the dollar continued higher, notching another 0.5% to crest above 93 on the U.S. Dollar Index. The dollar now finds itself at a 3-week high as the inflation genie remains firmly in the bottle.

If the largest monetary expansion in history (the Fed has printed trillions of dollars and expanded its balance sheet beyond $4.5 trillion since 2008) could barely get inflation above 2%, why or how would tightening monetary policy help?

The Dow won’t hit 42,000 (approximate 86% increase from today’s levels – which would mimic performance of last twenty years) in the next twenty years if inflation doesn’t pick up. Keep in mind, over the previous twenty years, the U.S. has averaged roughly 2.6% annualized inflation.

The Relationship Between the Economy, Markets, U.S. Dollar Strength and Inflation

Above all, Trump has emphasized the importance of a weak U.S. dollar. If the U.S. dollar strengthens amidst rate hikes and low inflation, Trump will fight back. His entire ‘America first’ plan only works if America is producing and selling goods abroad. Consequently, if his ‘NAFTA renegotiation’ fails, a cheaper U.S. dollar is the fastest way to make America more competitive.

Trump was critical of Fed Chair Yellen during his campaign. He blasted her for being politically motivated and keeping rates low to help President Barack Obama. If the economy begins to stumble on Trump’s watch, and Yellen doesn’t fan the flames of inflation hard enough, the President will find someone who will.

Trump has publicly floated the idea of promoting his close adviser, former Goldman Sachs president Gary Cohn, to the Fed Chair. Cohn is the epitome of an ‘insider’ and will do whatever it takes to keep Wall Street happy. Translation: fight any threat of recession with low rates and liquidity. The President has also been in talks with Kevin Warsh about potentially taking over the Fed. Warsh worked on the Fed board of governors during Bernanke’s reign; furthermore, he believes the way inflation is currently measured by the Federal Reserve is a bad proxy.

Cohn would bring new meaning to the words ‘dovish Fed’. And Warsh at chair would likely resemble a Bernanke Fed  – which enacted the loosest monetary policy in the history of the country.

The New York Times reported this past week that,

“In addition to a Fed chairman, Mr. Trump also must fill four open seats on the seven-member board. That means he can immediately appoint a majority of Fed governors, putting his stamp on the institution. He has made just one choice so far, nominating Randal K. Quarles to be the Fed’s vice chairman for supervision.”

“…it would be safest to announce his choice around October to allow time for the Senate confirmation proceedings to conclude before Yellen’s term ends in February, Kristina Hooper, global markets strategist at Invesco, told Business Insider.”

Decisions that will ultimately shape Trump’s economic legacy and our investing landscape are coming in the months ahead. Whether Trump selects Cohn, Warsh, keeps Yellen or goes with someone entirely different, he will pick a chairman who will maintain loose monetary policy. Anyone willing to help push the dollar lower…

The Fed has proven it can defy the odds. Agree with its policies or not, it has beaten all expectations to date in respect to asset appreciation. It bailed out everyone deemed too big to fail. The stock market is in the midst of its second-longest bull market in history; while the current economic expansion is the third longest ever. Even more impressive is that the Fed did it all while keeping inflation in check. The thorn in the Fed’s side, however, has been wage growth.

Wage growth and productivity have an intertwined relationship; some have argued that the politicized financial sector (led by monetary policy of the Federal Reserve) has curtailed the natural process of real wealth formation.

“Any policy, which artificially boosts demand, leads to consumption that is not backed up by the previous production of wealth. For instance, monetary pumping that is supposedly aimed at lifting the economy in fact generates activities that cannot support themselves.”

The US Government suggests the economy entered a ‘subdued growth phase’ after 2000.  Nevertheless, we are in a historic expansion (from a duration standpoint), albeit anemic.

In a May article titled Goldman says this may become the longest economic expansion in history, Goldman Sachs economists were quoted,

“The current expansion has already lasted 95 months, now the third-longest in U.S. history in 33 business cycles going back to 1854, the economists said.”

With today being October 1st, the U.S. economy is knocking on the door of 100 months of economic expansion. No small feat.

For the Fed, its final few tests will be to unwind its balance sheet that ballooned to over $4.5 trillion; while simultaneously raising interest rates to 2% and increasing inflation… frankly, it’s a tall order.

Two impediments to the Fed’s plan are a recession (which is statistically due), or a major stock market correction (which is also due). While the former is difficult to predict, there are some signs indicating the latter is near.

What’s a distribution day? For starters, it’s a day when there is simply more selling than buying; and, according to Investor’s Business Daily,

“A distribution day occurs when one of the major stock indexes, namely the Nasdaq composite and the S&P 500, falls at least 0.2% or more in higher volume than the prior day.”

“Distribution means the big money – mutual funds, investment banks and other institutional investors – is dumping shares. That’s bad news for the little guy, because institutions make up roughly three-fourths of the market and chart its direction.

IBD studies show that when you get a series of three to five distribution days over a few weeks during an uptrend, that’s a red flag.”

An example of the indicativeness of ‘distribution days’ was seen just before the 2008 financial crisis. A May 2017 Investor’s Business Daily article How Do You Spot A Major Stock Market Top? Here’s The Easy Way, highlights the ultimate example: 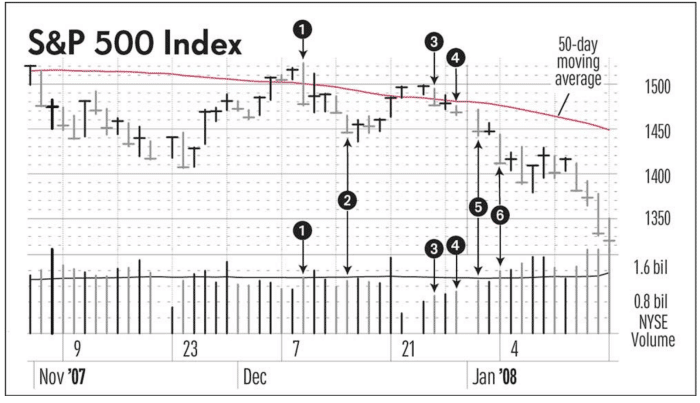 Remember, a distribution day occurs when a major index falls at least 0.2% or more on higher volume than the prior day. Also, there has to be a series of these days in a matter of a few weeks to signal an alarm. While the institutions are not always right – a catastrophic market collapse is not always waiting behind these distribution days – when smart money starts moving out of the market at a rapid pace, it’s time to pay attention.

So far, the bulls have been allowed to rally; and, if Warren Buffett is right, the long-term future is as bright as ever…

That said, we are betting there will be significant short-term gyrations on Trump’s watch; finally, that next year a new Fed chair will step in to save the markets once again with renewed loose monetary policy.