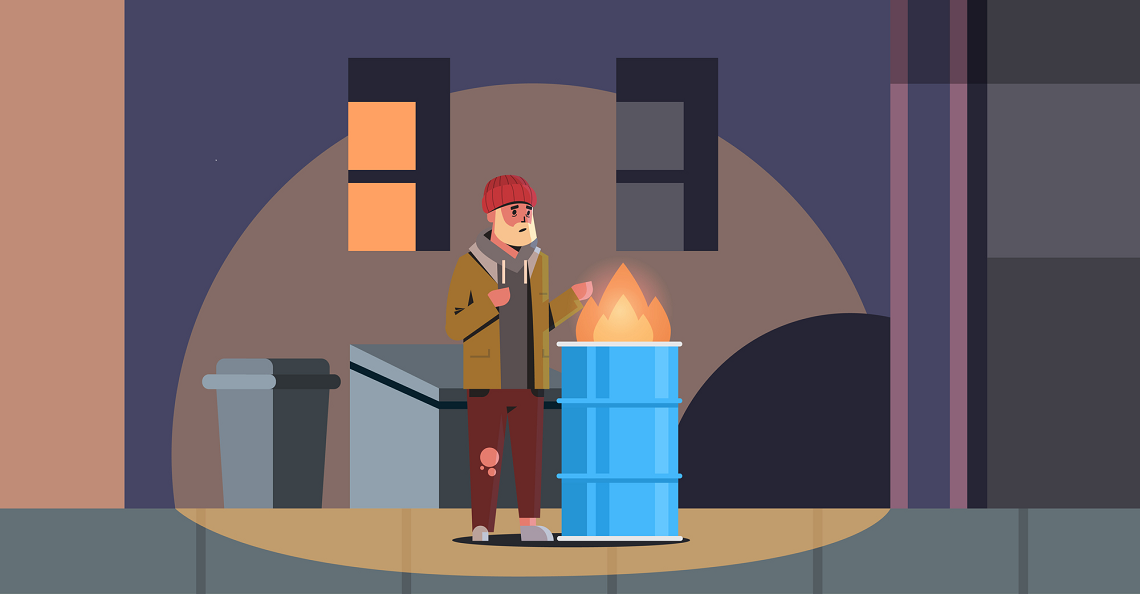 Rising inflation and interest rates are driving millions of Americans, once middle-class citizens, into the chains of poverty. The poverty rate in America and countries worldwide are soaring, and almost no one is talking about it. The signs are all around us: record high food bank usage, climbing foreclosures (lenders started foreclosures on 67,249 U.S. properties in Q3 2022, up 167% year over year, according to attomdata.com), soaring credit card debt (Q2 of 2022, saw a 13% increase, the largest since 1999) and a total collapse in the savings rate (3.1% in September of 2022, from 8.7% in December of 2021. Americans are tapping out, and the effect is spilling over into society. With its next meeting and potential rate hike days away, it’s time to prepare for what could be a severe downturn.

Signs the U.S. System is Breaking

Earlier in November, one of the largest retailers in the United States, Target, released its disastrous Q3 results. Despite comparable sales increasing by 2.7%, they saw operating income fall by nearly 50%! How is this possible? Well, outside of the now standard lines of “inflation,” “higher interest rates,” and “economic uncertainty,” as it states in its November 16th press release, there was one looming factor it left out.

After the press release crossed the wire, Target CFO Michael Fiddelke jumped on an earnings call to face the music, stating,

“At Target, year-to-date, incremental shortage has already reduced our gross margin by more than $400 million vs. last year.”

“…and we expect it will reduce our gross margin by more than $600 million for the full year.”

The incremental shortage is the disappearance of merchandise. In other words, inventory that was lost or stolen. Unfortunately, Target isn’t losing hundreds of millions in merchandise per year. And this problem is not limited to Target – theft is rising all over the U.S.

Things are getting so bad that in February of 2022, CNBC’s Chris DiLella and Andrea Day published Fed up with the rise in thefts and shoplifting, small-biz owners across U.S. are taking action, where they wrote,

“They’re taking matters into their own hands, charging a 1% crime spike fee on all transactions, stepping up security and, as a last resort, shutting down completely.”

Finally, Target’s CFO Fiddelke clarifies that “a handful of things that can drive shrink in our business and theft is certainly a key driver…”

Looking back to Target’s Q3 report,

Soaring crime rates and rising poverty cost companies like Target a lot of money. The crime rate increases when a growing percentage of the population is flirting with poverty or becoming impoverished. Marcus Aurelius, the famed stoic and immortal Emperor of Rome, is famous for many quotes, including this one:

“Poverty is the mother of crime.”

We are nearing the breaking point.

2021 was when the economy was still ‘on fire’ – it’s currently in free fall with tens of thousands of layoffs in recent weeks, from Tesla to Twitter, Facebook, and Amazon.

Poverty is rising, and the crime wave may be just beginning.

“The effect on holiday sales and profits “will be horrific,” he added. “Nowadays you can see shampoos are locked up, along with acetaminophen and Tylenol and multipacks of toothpaste locked up…”

As an investor and citizen, I am watching the poverty rate closely. I don’t know what the breaking point is, be it 14% or 15% but with about 37 million Americans already living in poverty, we are nearing that level. And, when stores have to chain toothpaste and shampoo to the shelves, we are getting close. As millions enter the ranks of the impoverished and leave the middle class, GDP will continue to contract. I believe 2022 will see a more significant increase than 2021 as at least 3 million people (~1% of the U.S. population) move into poverty this year, bumping the poverty rate from 12.8% in 2021 to nearly 14% in 2022. The data will be released to confirm this assumption in early 2023. In addition, the chaos of organized looting and widespread crime looks set to rise, dragging down consumer confidence and consumer spending, which the U.S. economy relies on for over 70% of its GDP.