In January of 2018, almost three years ago, I predicted the Dow was heading to 30,000. The article Why the Dow is Heading to 30,000 Under Trump Economy lays out exactly why the markets would continue higher.

“Today’s market is a momentum investing paradise for investors riding the Trump effect to massive profits. Let’s take a minute to think of a few ways the Dow continues to new highs in 2018 and beyond.”

While no one foresaw Covid-19 or the tsunami in stimulus and deficit spending that would ensue, Trump’s economy is proving resilient as the unemployment rate continues to fall despite the virus. 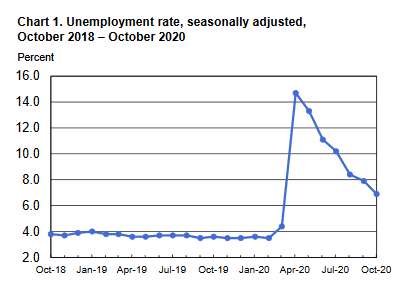 In Why the Dow is Heading to 30,000 Under Trump Economy, my first subheading reads:

3 Reasons the U.S. Stock Market Bull is Nowhere Near Over

The first reason I gave was:

“President Trump’s Tax Cuts and Jobs Act of 2017 is having the desired effect.”

The second reason was:

“The cyclical stage of the current U.S. bull market expansion suggests more gains lie ahead. We are in the optimism, not the euphoric stage.”

While some would argue we’ve transitioned into the euphoric stage, I believe the markets have further to run as more vaccines are approved. Please keep reading to learn about my most significant caveat to 2021 and why I think any further significant market rally may be short-lived.

In the article, I cited Billionaire Ken Fisher, the Founder, and Chairman of Fisher Investments, who wrote,

“It’s taken us eight years to get to 2017, from 2009. Generally we’re just in that part that’s starting to ramp up. This bull market could easily go on, I’m not saying that it will, for another four years.”

“And, when you get to the euphoria phase, people won’t be worrying so much about when it’s going to end.”

I don’t see many worrying about the market rally stopping anytime soon, despite an obvious warning sign I will outline in a moment.

Lastly, the third and final reason I gave why the U.S. stock market bull is nowhere near over has to do with momentum.

“President Trump and the United States have momentum. Like a train roaring down the tracks, momentum can sometimes be an unstoppable force.”

President Trump describes the importance of momentum for us in a speech he gave to the boy scouts in 2017. It is an indispensable piece of content for the hard-working capitalist or anyone who wants to be happy and prosperous.

“President Trump is always focused on the word momentum. Momentum investing is a strategy used by thousands of investors to profit from aligning one’s portfolio with the prevalent trend. Early on we dubbed Trump the Inflation President.”

While we haven’t seen inflation in the numbers, we see it in financial assets like stocks and real estate.

I reaffirmed my belief the Dow was heading to 30,000, writing,

“The above data is undeniable and rests at the core of my faith in the U.S. consumer. As household debt continues to fade, look for the average American to continue investing, especially as the Dow goes through historic, nominal milestones, such as 28,000, 29,000, and finally, 30,000. Finally, just like the Trump Presidency and the Trump economy, his momentum becomes a self-fulfilling prophecy. The same may become true for many key indices in the United States.”

The above data I was referring to can be seen in the impressive decline in US household debt to GDP from 2008 through to 2019.

Now, herein lies the caveat for 2021 and beyond.

Since Covid-19, some troubling data is beginning to surface. It seems the Fed and the U.S. government are not the only ones running extreme deficits. U.S. households, for the first time in over a decade, are seeing their debt levels soar.

What’s more disturbing is that the data we have is delayed – household debt could be as high or higher than 2008 levels by the end of 2020. For a stock market reliant on the American consumer to continue to buy and spend, this could be setting the stage for a market collapse. 99.82 was the household debt to GDP ratio high in Q1 of 2008; we all know how that story ended.

Take rising household debt as a major warning sign the American consumer is burning through their savings and tapping debt like never before. The markets may well see their high sometime between now and early 2021 if the American household balance sheet health is any indication. If that happens, the Dow will see 25,000 before it sees 35,000.