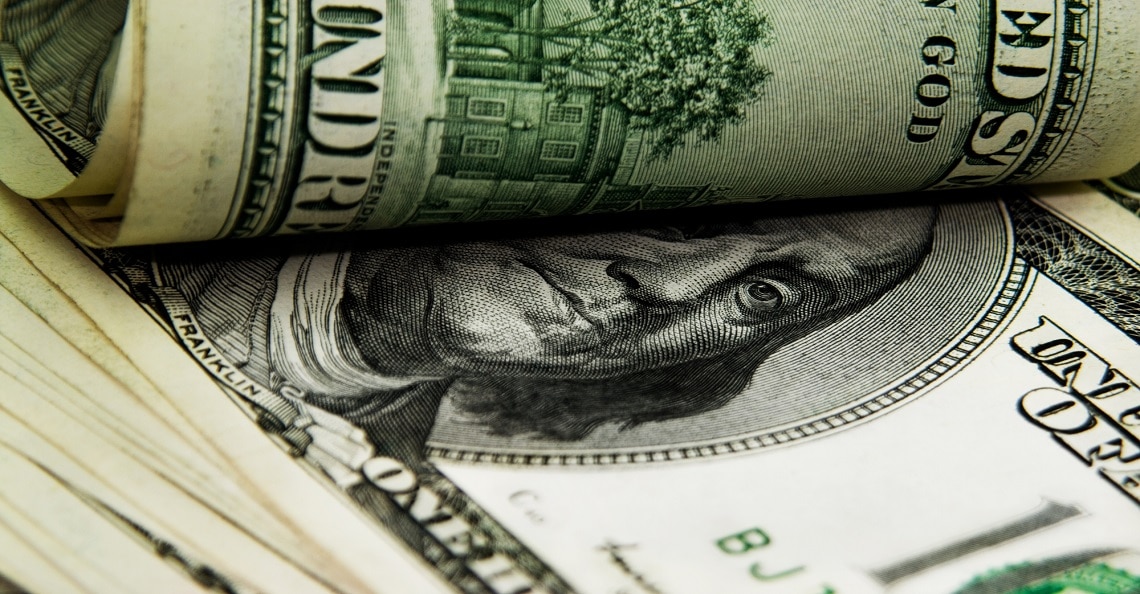 Far from average returns, much of the gains on the S&P came from its largest constituents – Apple AAPL, Microsoft MSFT, Amazon AMZN, Alphabet GOOG, and Tesla TSLA. These names are up many times since 2019, and all have market caps above one trillion.

The companies listed above are loved by investors worldwide. As a result, millions of international investors and global central banks have poured hundreds of billions into the US stock market over the past few years. But, a transition may be afoot. As valuations reach dizzying heights for America’s largest companies, value is hiding in small-cap stocks.

The Russell 2000, for example, eeked out a 14.82% gain in 2021 – its most minor in 3 years. While respectable in any typical year, small caps are grossly underperforming their large-cap peers of late.

Van Doorn explains the significance of the above chart, writing that, “…the S&P Small Cap 600 Index, which is far more selective than the Russell 2000 because most of its companies are profitable. Standard & Poor’s criteria for initial inclusion in the index includes positive earnings for the most recent quarter and for the sum of the most recent four quarters.”

Small caps were killed during the pandemic as prominent tech names had the infrastructure to instantly cash in on consumers with money and no place to spend it. If the pandemic fades away in 2022 and restrictions are lifted, it may benefit small caps. Other factors to consider are the potential for increased M&A activity among the small caps. If large caps stay elevated and cashed up, it would make sense for seniors to begin snatching them up. Besides, they know their sector and industry better than any of us. Finally, an uptick in buyout activity may confirm the thesis that small caps are undervalued and due for a run.

Furthermore, despite US stocks typically performing well after a strong year, it’s hard to believe the markets seem a bit frothy. As a result, a downturn could benefit certain small-cap stocks.

The CME Group sheds some light on the correlation between small and large caps stocks that got wider in 2021:

“Despite the evolution in the ratio between small and large-cap stocks over time over time, the daily correlation of the indices remains extremely high, especially during periods of stress (Figure 3). The fact of a high correlation between small caps and large caps is probably a little frustrating to long-only investment managers as it limits diversification benefits.”

The below chart perfectly illustrates the increase in volatility of late among small caps.

While evidence by the chart above, the CME Group notes that “Since 2000, realized volatility has been higher for small cap stocks than it has been for large cap stocks, although this was not the case prior to the year 2000 (Figure 4).”

Will Small-Cap Stocks Be Able to Adapt?

Finally, the CME Group puts some big questions to its readers:

“The key question for small cap stocks is, relative to large caps, will they more successfully adapt to rapid changes in economic conditions in 2020s? During past periods of economic distress (1979-82, the early 1990s, the early 2000s and the global financial crisis and immediate aftermath), small caps outperformed. This time, will they be able to overcome or adapt to the competitive advantages of the largest online delivery, software, social networking and technology equipment makers? The answer to these questions may depend on the course of the pandemic and what the world looks like when the pandemic eventually subsides.”

Whatever happens in 2022, small-cap stocks are starting from a less valued position than large caps. While not entrenched the way large-cap stocks are, they may have less to fall in a market collapse or correction. On the positive side, they have some catching up to do after a year of being hugely outperformed by their large-cap peers. We know 2022 will be volatile for small-cap stock investors but potentially to the upside, especially if the bull run continues.