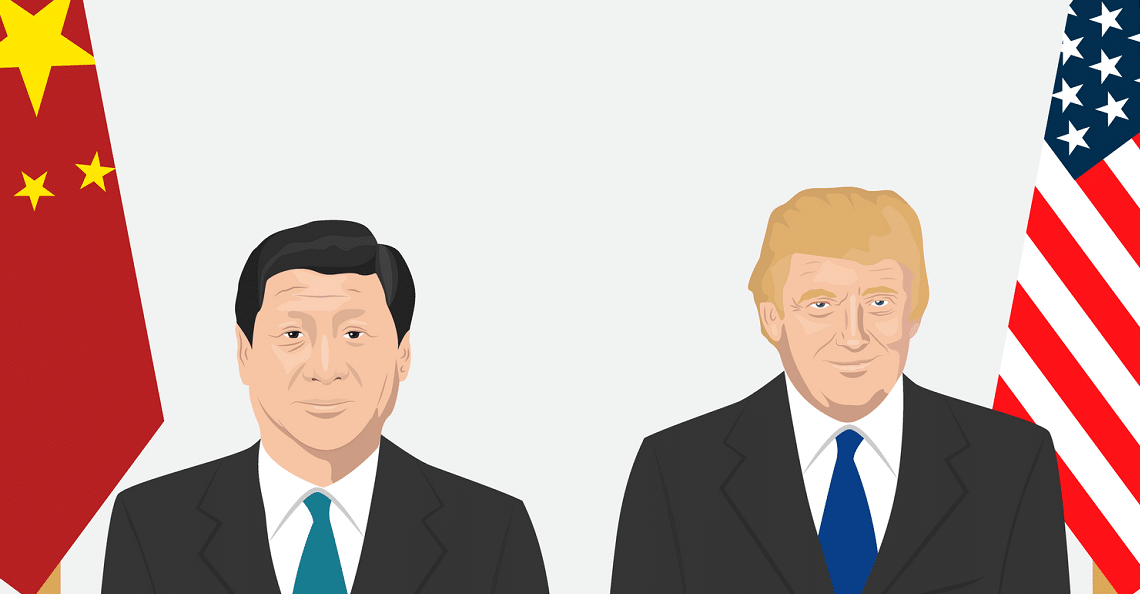 The Smart Money Flow Index, comprised largely of sovereign wealth funds, is crashing at its fastest pace since the 2008 financial crisis. While it by no means guarantees a correction or market crash, other harbingers suggest weaker global growth lies ahead.

As Trump wages a global trade war, in a bid to balance U.S. trade deficits, established sectors and trading relationships are under fire. As we have documented, the U.S. is in the best position to fight a global trade war and appears prepared to do so, unless China, Germany and other world powers make serious concessions…

Looking more closely into the data, we learned via an annual report by asset manager Invesco, that,

“…over a third of sovereign investors plan to cut their equity exposure over the next three years after a strong run in 2017, citing trade wars, geopolitics and high valuations as headwinds to performance.”

A strong run indeed. The US stock market is off its all-time highs from earlier in the year, but remains in a bull market that began more than nine years ago, in March of 2009. It is the second longest expansion in history. Moreover, concerning the Dow Jones Industrial Average and according to the Leuthold Group,

“It’s far and away the longest in modern financial times. In terms of percentage gains, it’s third behind two bull markets pre-WWII.”

Trump’s approval rating and the Republican ticket rely heavily on the economy. Trump will do everything possible to keep the markets together, at least until the mid-term elections in November.

Despite the looming threat of an escalating trade war, business activity is accelerating, not decelerating in the U.S. The U.S. economy is humming along with a wide consensus of Q2 GDP projected to be above 3%. North American central banks are preparing for growth and continued inflation, not deflation. The Federal Reserve continued its rate hiking mission, its latest increase took place in June, while Canada followed suit this past Wednesday, moving its key interest rate to 1.5%.

“If everyone sees the risks, why are these players gaily proceeding as though there were no trade war?”

Trump, a businessman to the core, is holding out for a ‘better deal.’ While he doesn’t necessarily need a foreign policy win (things are going quite well economically at home) he thinks he does. The $200 billion in tariffs he slapped on China, announced via his favourite platform Twitter, don’t come into effect until the end of August. According to Moss,

“That’s almost two months for something to give and lobbyists to have at it. The tariffs proposed are 10 percent, down from 25 percent.”

Trump has painted himself into a corner on these tariffs, and the world’s sovereign wealth funds would rather not wait around to see who blinks first. Certainly, the exodus of cash via the Smart Money Flow Index is proof of this. As proud as Trump is, historically speaking, the Chinese are prouder. With that said, the Chinese know how to play the long game and may acquiesce to at least some of Trump’s demands. The U.S. is, after all, its largest single trading partner. And it can be argued the American consumer has built China into an economic superpower.

Speaking in Beijing this past Wednesday, Assistant Minister at China’s Ministry of Commerce, Li Chenggang, repeated a familiar Americana phrase,“they go low, we go high” in a pointed dig to Trump. It was Michelle Obama who coined the phrase at the Democratic National Convention in Philadelphia, during Hillary Clinton’s failed 2016 campaign.

Commerce Ministry said in a statement on its website Wednesday, sourced from Bloomberg that, “To protect the core interests of the nation and its people, China’s government is, as in the past, forced to retaliate.”

“One complication for how China responds is the fact it imported $130 billion of U.S. goods last year, less than a third of the value of U.S. imports from China.”

Bloomberg cited Tao Wang, head of China economic research at UBS AG in Hong Kong who said “China may decide against an aggressive response in order to limit the fall out to its own economy.”

In the British-made documentary Trump: An American Dream currently streaming on Netflix, many of Trump’s closest friends and business associates sound off on the President. In the show, it 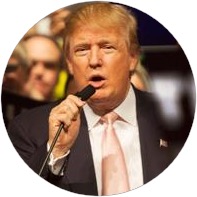 becomes clear Trump attacks people who are weak, and those who attack him. His moves are calculated…

In the early days of his career, Trump waited for opportunity and swiftly kickstarted his foray into Manhattan real estate at a time when the city was desperate and willing to provide considerable tax abatements. From an economic standpoint, China, at the moment, is vulnerable. With the U.S. booming, Trump is dealing from strength…

The Shanghai Composite, China’s main stock exchange, is in a bear market. It has lost more than 20% from its January high and lost 8% in June alone. An article from the Epoch Times, titled Chinese financial markets reaching tipping point, cites the National Institute of Finance and Development, which published a report warning of “financial panic.” According to ET,

“The report said the Chinese economy may be on the edge of disaster, brought on by a combination of increasing bond defaults, currency depreciation, tightening lending and liquidity, and trade tensions with the United States.”

China’s enviable growth rate of 6.8% is coming into question. After collapsing from double digits in 2010, it has flat-lined in recent years. The IMF has long forecasted China’s GDP will fall below 6% by 2020.

Concerning the U.S.-China trade relationship, the hard numbers are below. As Trump has said several times, there is no trade war, the United States lost a long time ago.

Despite the obvious imbalance in imports, the U.S. is a much more developed economy with a larger, richer middle class. China’s middle class is emerging, unable to absorb its massive manufacturing sector production.

In a trade war, it is raw materials and commodities which take the brunt of the pain. Bad news for investors long mining shares on the TSX and TSX Venture. Copper’s decline of late should startle investors watching the key base metal and the broader industry as a whole.

Copper is one of the world’s most important industrial metals. Its uses are vast and it is consumed so consistently it is a key gauge of future economic growth. Known as Dr. Copper, the metal’s price swings have long indicated growth or contraction in the global economy. For example, in the last four weeks copper prices have fallen the most since 2011.

Kristina Hooper, global market strategist at Invesco, stated, “Copper and other metals are reflecting concerns about a global slowdown – created by tariffs.”

Copper has moved closely with emerging markets and global GDP economic forecasts for months. Recently, the two have diverged:

This may be a warning sign the global economy is not as healthy as it seems. Copper is not alone as other important economic base metals are sliding in value…

Check out the 6 month chart for zinc, which has entered a complete free fall:

Even nickel, which is critical to the ‘electric vehicle revolution,’ has come under pressure in recent weeks:

Iron ore prices are down more than 10% this year; in fact, a “Bloomberg index of industrial metals including aluminum and nickel closed on Wednesday at the lowest since August 2017,” according to CNN Money.

These declines in base metal prices combined with a rising cost of fuel (the price of WTI closed around $70 per barrel Friday) will act as a double whammy for mining companies.

Without a perceived compromise from China, expect further weakness in metals as we head toward the Trump Administration’s August 30th deadline on $200 billion worth of tariffs on Chinese goods. If China gives in, it will be a win for Trump and the Republicans, all but guaranteeing they keep the House in November. More importantly, it will be a win for the global economy and all our portfolios. The Smart Money Flow Index and the sovereign wealth funds who comprise it may be caught offside if China caves. If no compromise, the markets could enter a period of increased volatility and decline. It’s going to be a very important summer, with money managers glued to their phones while on vacation.