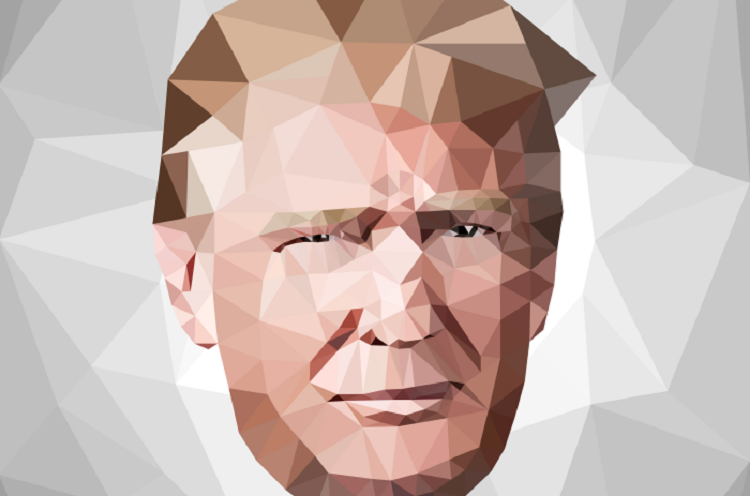 As explained in our Weekly Volume following the U.S. election, Donald Trump is morphing into the “Inflation President.”

Just a week before his inauguration, to the surprise of Wall Street, Trump began talking down the U.S. dollar, which resulted in a sharp spike in precious metal and competing currency values.

Trump Dollar Effect | Currency is “Too Strong,” according to the 45th President of the United States

Gold broke out above $1,215 an ounce last week following unprecedented comments from President Trump. It has been an unwritten rule for those occupying the Oval Office not to chime in on the dollar’s value… some consider it even dangerous for a president to speak with such candor about the greenback, given that it is controlled by a supposed apolitical body, the Federal Reserve.

Trump’s comments shocked emerging markets (namely China), Wall Street, and the geopolitical arena. He gave notice to many groups he believes to have had an unfair advantage over America for the last several decades. Without question, Trump intends to create an inflationary environment in America. Are you prepared?

We knew either Trump or someone in his growing circle of advisors and appointees would attempt to put an end to this unsustainable dollar rally. The USD rallied after Trump’s victory, along with equities and interest rates. Now, after rising about 4% against a broad basket of currencies since the election, the dollar is selling off, and market sentiment toward the greenback is turning bearish. The U.S. Dollar Index hit a high of 103.82 in December, and nearly dropped below 100 Tuesday, falling to a low of 100.30.

Remember, the crux of gold’s existence has been the strength of the U.S. dollar. Before Tuesday’s decline, the dollar had risen roughly 25% since mid-2014.

In an interview with The Wall Street Journal on January 13th, (published on Tuesday, January 17th) President Trump exclaimed the dollar was “too strong” and blamed China for suppressing its currency, adding that, “our companies can’t compete with them now because our currency is too strong. And it’s killing us.”

Those comments had an immediate impact, sending a basket of global currencies higher against the greenback.

Zero Hedge took a few excerpts from the interview, which highlight Trump’s no-nonsense, yet somewhat scattered, approach to foreign policy:

The yuan is “dropping like a rock,” Mr. Trump said, dismissing recent Chinese actions to support it as done simply “because they don’t want us to get angry.”

This past Tuesday, one of Trump’s economic advisors and founder of the investment firm SkyBridge Capital, Mr. Anthony Scaramucci, echoed the President’s comments during his speech in Davos, Switzerland at the World Economic Forum…

Scaramucci told a Davos audience that “we must be careful of a rising dollar…” He added the caveat that, “if you get better than expected growth in the U.S., you can have a strong dollar and robust growth in the U.S. that will lift the global economy.”

If anything is for certain, it’s that Trump thinks he needs a lower currency to give the U.S. economy the edge against China and the kick-start he has so loudly predicted is coming during his presidency.

Mr. Scaramucci also noted, “if you have a deflationary specter handing over the world, you can’t service debt and that will lead to a worse economic crisis than the one we just had.”

There is one way to ensure inflation if the U.S. economy refuses to grow at a healthy clip (3%+): QE.

Even before the U.S. presidential election, we warned gold would surge under a Trump White House. We wrote numerous articles about it, going back as far as May of 2016 in Why Gold Will Surge with President Trump. In that Volume we stated:

“And a Trump victory in November would be the trigger that ignites prolonged U.S. dollar weakness…

Ultimately, Trump’s rise to power could signal a green light for the secular bull market in precious metals.”

We opened that May 2016 Volume with a statement from Trump regarding the potential of the U.S. defaulting on its debt:

“This is the United States government. First of all, you never have to default because you print the money. I hate to tell you okay, so there is never a default.”

We will say it again: Gold and related equities are set to enter a multi-year bull market. Trump is preparing to pass a massive infrastructure plan (which is an issue Democrats will likely support)… and with fiscal stimulus comes monetary stimulus. Trump cannot create money out of thin air, but the Fed certainly can.

“The reality is that the American national debt is going to increase substantially under Trump. He’s not a classic conservative by any stretch. From an economic standpoint, consider him a hybrid of Bill Clinton, Herbert Hoover and Ronald Reagan.”

Remember, Trump is the self-proclaimed “King of Debt,” fittingly leading the most indebted nation in history…

Now that the market may be realizing U.S. debt is likely to rise substantially (perhaps on pace with what Obama did in his first two years), and Trump is fully prepared to devalue the U.S. dollar, expect gold and other commodities to increase in value over time.

A weaker U.S. dollar doesn’t just hurt manufacturing competitors such as China and Canada. Check out the below quote published by The Wall Street Journal from one of the world’s largest fund managers:

“David M. Rubenstein, CEO of The Carlyle Group, said there was a risk that a stronger dollar could spark defaults of some of the $4.5 trillion in emerging markets’ corporate debt denominated in dollars. “You’ll need some intervention to bail some of these countries out,” he said.”

Gold broke through a key technical resistance point of $1,215 on Tuesday.

“New York’s giant SPDR Gold Trust (NYSE:GLD) saw its shares in issue grow on Friday – requiring more metal to back them – for the first time since Donald Trump won the U.S. election in early November.”

With Brexit going through, and the Euro Zone in trouble (from growing populism in Holland, Italy to France), it is going to be a wild year as investors await the next shoe to drop. Negative rates are putting an unstable tax on savers in many countries across Europe; and the threat of it hitting North America remains (Bank of Canada signalled this week that a rate cut is still on the table). Meanwhile stocks and bonds remain at or near all-time highs. Gold and related equities, however, are cheap compared to where they stood five years ago.

Trump is unorthodox, and he will use every advantage he has to ignite the U.S. economy; he is betting his entire re-election on it as well as how history will remember him. The man has an ego the size of New York, and he wants to prove all his naysayers wrong by making America great again. Unfortunate for the long run of the country, although it could be great for his presidency and legacy, he believes devaluing the U.S. dollar is a necessary step to achieve his campaign slogan.