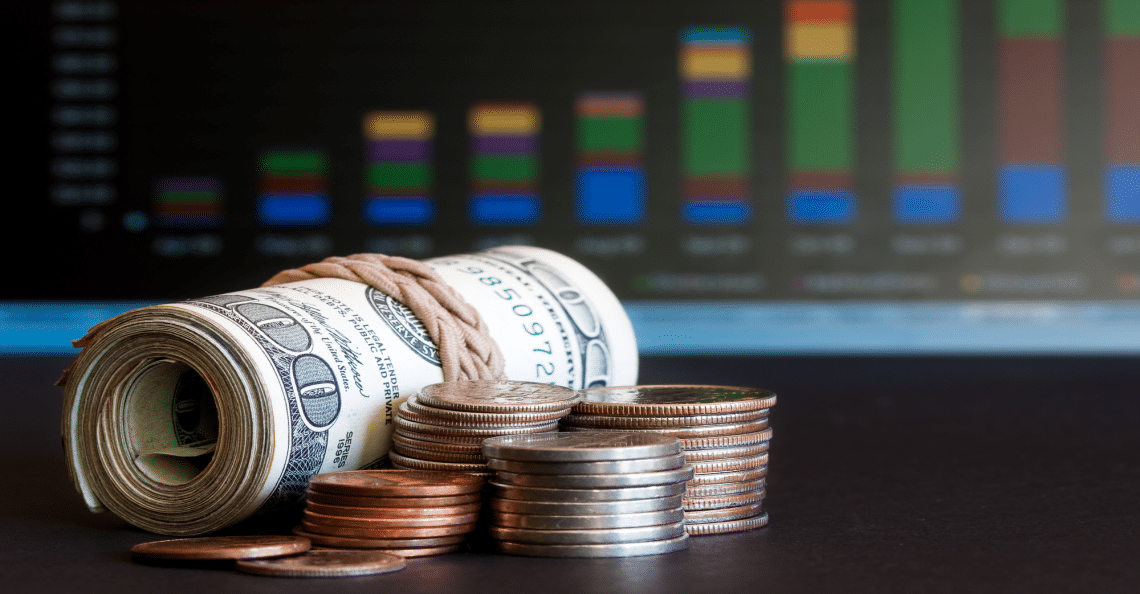 According to corporate bond spreads, the fear of an American recession has fallen to the lowest level since July 2007 – a euphoric time right before the Great Recession. New data points on the U.S. economy, perhaps the most convincing in over a decade, suggest it is building real momentum…

The manufacturing sector is on fire while a sinking trade deficit sent U.S. stocks to new all-time highs this week. That aside for a moment, there is one chart, one image, that stands above the rest when gauging economic sentiment:

Here is another, more detailed look:

After rising from the middle of 2014 into early 2016, the spread has lowered continually. The above represents U.S. corporate credit spreads; and the bond (debt) market for these corporations is extremely favourable. In fact, it has not been near these low levels since shortly before the Great Recession began (this is alarming for contrarian investors, including us).

Lower spreads represent bullish sentiment and a willingness to lend and spend. While rising spreads indicate fear of a slowing economy. If a recession takes hold, corporations are more likely to default and credit risk to their bonds rise. The power struggle is constantly shifting from corporations to investors.

Most corporations in America issue bonds (debt) to expand and grow; while investors, depending on the strength or weakness of the economy, dictate interest rates on said corporate bonds to satisfy perceived risk. Given the falling credit spreads, market participants believe the U.S. economy will provide future growth. Hence the explosion in U.S. equities last week, and in 2017 as a whole.

“The BoA/ML Corporate Master Index OAS fell to just 105 basis points from 106 basis points on Monday. That’s the lowest it’s been in more than ten years, since July 19, 2007.”

The market is talking to us through bond spreads, we just have to watch the tape. The S&P 500 recorded its longest streak of record closes in 20 years Thursday. Meanwhile, the VIX, nicknamed the ‘fear gauge’ stayed below 10 for the entire week and is also flirting with an all-time low. Volatility has been sucked out of this market as optimism seeps its way into every nook and cranny. As a result, CNN Money’s Fear & Greed Index is at the highest level since 1998.

President Trump ran his campaign on bold statements about trade such as:

He promised to fight for American jobs and, once elected, optimism from businesses shot to their highest level since the early 1980s.

Here is another chart that highlights U.S. manufacturers’ business optimism and the positive change in sentiment since Trump won the presidency:

New orders — which increased 4.3% from August — production and unemployment all registered positive change last month. “The Supplier Deliveries Index registered 64.4 percent, a 7.3 percentage point increase from the August reading of 57.1 percent,” according to the Manufacturing ISM® Report On Business.

“Of the 18 manufacturing industries, 17 reported growth in September.”

These are monster gains in key sectors that underlie real strength in the U.S. economy. Consequently, the monthly trade deficit in the U.S. narrowed to US$42.4 billion in August 2017 from a revised US$43.6 billion in July. While $42.4 billion still seems like a lot, a one month decline of $1.2 billion is significant. Exports expanded 0.4% to the highest level in more than 2.5 years while imports fell 0.1%. If the trend of rising exports and falling imports continues, it will reduce the deficit and sustain a prolonged market rally. Remember, this has been China’s growth story for the past 30 years.

President Trump, tasked with choosing the next Federal Reserve Chair, is set to make his most market influencing appointment yet. A new Fed leader may emerge and change the status quo for decades to come.

In last week’s Volume titled Buffett: Dow Headed to 1 Million, we explained it would either be Gary Cohn or Kevin Warsh receiving the nod for the next Fed Chair.

“There is still a 10% chance Yellen retains the job, but more likely is a complete and utter change under Kevin Warsh – 70% likely to get the post.”

Warsh is married to Jane Lauder, who according to Forbes, has a net worth of $2 billion. As an heiress and former global president of her Grandmother Estee Lauder’s multinational cosmetic corporation, she is uniquely connected. But here is where the connection to Trump gets tight:

Her father is Ronald Lauder; and, along with being President of the World Jewish Congress, happens to be a long-time friend and supporter of Donald Trump.

According to Walla News,

“Lauder also has a historic and particularly close relationship with Trump, based on family, school and business ties, decades of cooperation and personal connections.”

Both attended Wharton School together at the University of Pennsylvania; and, according to Blain, Lauder has been helping fund the Trump Empire for years.

Warsh Positioned to Next Fed Chair

Finally, on Warsh’s chances according to Bill Blain of Mint Partners,

“Warsh has spent the last 5-years at the Hoover Institute, a Republican think-tank, studying how to reform the Fed and get it back to basics – which means potentially bad news for some of the 27 thousand Fed PhDs currently studying esoteric features of money… He’ll support less banking regulation, de-emphasise inflation targets, and is likely to be a hawk in terms of rate hikes and rapid normalisation.”

Even more, on Warsh,

“He recently told Stanford University: “The central bank and the academic community should engage in a fundamental rethinking of the Fed’s strategy, tools, governance and communications… A reform agenda could improve the modal outlook for the US economy by clarifying the Fed’s responsibilities, improving its decision-making and bolstering its credibility.”

Although we believe the U.S. stock market still has room to run (as much as 3,000 – 3500 higher for the Dow), change is coming. Whether it’s a turn in sentiment from euphoric and greedy to pessimistic and fearful; or a new Federal Reserve chairman in the winter, or both, change is coming. Corporate bond spreads will not stay at decade lows for long. The greed index will not stay near its 1998 all-time high indefinitely. Even if a prolonged manufacturing resurgence takes hold, there are headwinds that will force the market to correct before long.

As a result, be attentive to your portfolio over the coming months. Investing strategies will have to adapt.