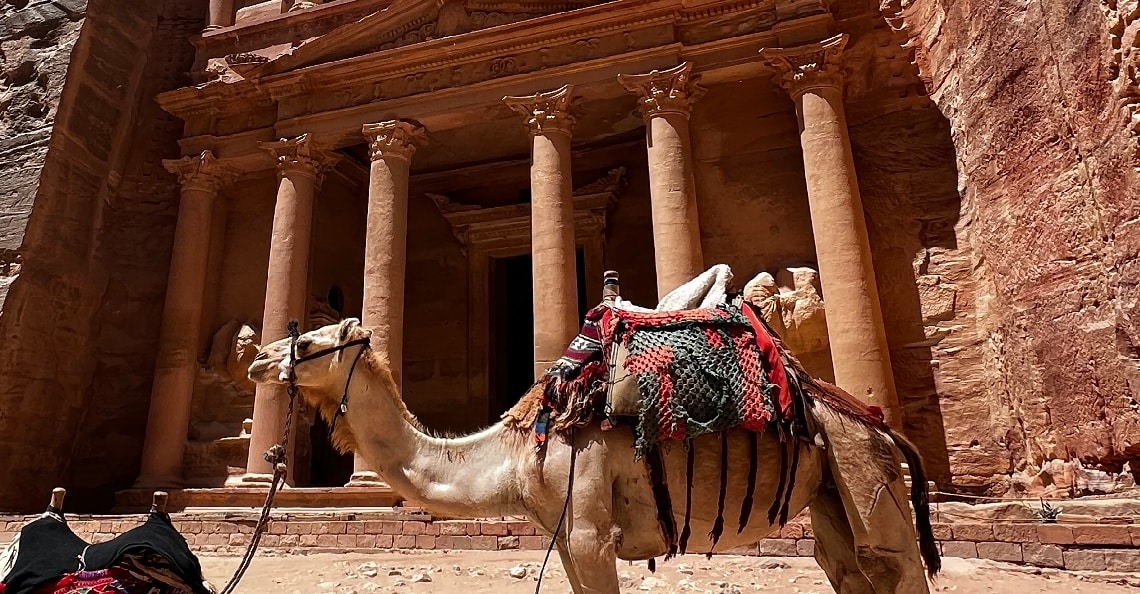 Transcription/Summary: It hadn’t had one day of rain last year… Not one day. I’ve never been to a drier place in my life.

I’m in one of the most water-deprived countries in the world, Jordan, but also one of the country’s driest regions, which includes the mountains just outside Petra. It was explained to me by the Bedouin gentleman that we were hiking with yesterday to get to the Old City that it hadn’t had one day of rain last year. Not one day…

It’s incredible. I’ve never been to a drier place in my life.

Because of the war, approximately 600,000 Syrian refugees have come to Jordan, which is quite significant for a country of roughly 10 million. So that’s adding to the pressure on the water system for the country. And water theft has become a massive issue in Jordan. Municipalities in this country lose half of their water supply to theft and leakage every year…

That’s how big of a problem it’s become.

And I think we’re not too far away from, call it, ‘water wars,’ and it’s pretty scary to think that countries could literally be going to war for drinking water.

The water crisis will probably be one of humanity’s biggest problems in the next ten to twenty years. And if we think today’s energy crisis is an issue, I see this as an order of magnitude larger and more serious.

How to Make Water a Sustainable Right?

There’s a lot of political dialog in Jordan right now talking about whether water is a right or a commodity. Personally, I think it’s a right. Now, how do we make it a sustainable right?

That’s where technology is going to come into play. Look at plants in California and Jordan that can take sewage water and turn it into water used for agricultural and industrial applications. They’re looking into one day making wasterwater potable, which I think is probably 5 to 10 years away. But there are challenges with these types of plants and desalination plants, which are energy-intensive and costly to maintain.

I’ve previously written about the water crisis. I’ve always believed it’s an issue we must address, obviously for humanity, but also for the opportunity. As we all know, the free market has solved many past problems, including the energy crisis, food crisis, and so forth. And I think the water crisis will be the next one it can solve. So, it’s worthwhile looking and doing the research for investing opportunities.

Watch the video above for the full version of the story.