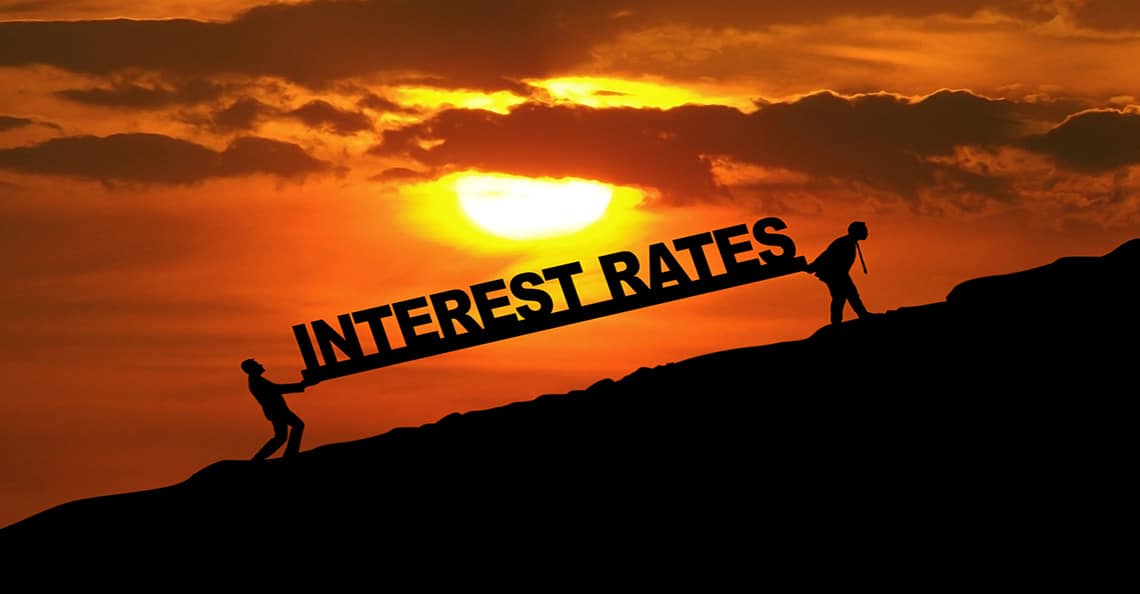 Inflation was the inevitable end…

Anyone with an appreciation for history knew it. Trillions of dollars in deficit spending will never be paid back in real terms.

And, while the Fed grapples with slaying the inflation dragon at all costs, we can’t help but wonder: who will pay the price? Could the largest benefactor of inflation (the United States) end its own party?

Whether the Fed is prepared to throw the U.S. economy into severe recession (note that GDP contracted by 1.4% in Q1) or depression by neutering the Federal government’s spendthrift ways is the multi-trillion-dollar question. We doubt it. But if they don’t, the middle class could see their purchasing power, and quality of life, dissolve.

In January, Bankrate’s Karen Bennett reported that only about 4 in 10 Americans have enough savings to cover an unplanned expense of US$1000. Greg McBride, chief financial analyst for Bankrate, pointed out that,

“The reliance on borrowing is still high, with more than one-third of households having to turn to a credit card, personal loan, or family and friends in the face of unplanned expenses.”

The Fed’s next ‘rate hike’ meeting is coming up on May 4th and 5th, and a rate hike looks all but guaranteed. The unknown at this point is whether it will be another 25 basis point hike (like the one in March) or a 50 basis point move. St. Louis Fed President, James Bullard, has gone on the record saying a hike of even 75 basis points might be necessary to bring runaway inflation under control.

“A month ago, market participants saw a 4% chance that the Fed would raise the federal funds rate to a range between 2.5% and 3% in 2022, according to the CME Group’s FedWatch Tool. Now they see an almost 80% chance that’s where we’ll close out the year.”

3% is a drastically different world from the 0-0.25% interest rate economy the US has grown accustomed to over the last 14 years or so. Notice the correlation between interest rates and federal funds rates below:

Here are two more looks at the often-erratic rise and fall of the U.S. Federal funds rate.

Ramifications of Raising Rates on the World’s Biggest Debtor

The ramifications of higher interest rates on the U.S. government (with a national debt of more than US$30 trillion, much of which is short-term in duration), could be catastrophic.

The data we are about to share is alarming. It comes from the Peter G. Peterson Foundation, in an article titled Higher Interest Rates Will Raise Interest Costs on the National Debt, which was published in March of 2022, and paints a harrowing picture of the path forward.

“Last year, the Congressional Budget Office (CBO) projected that annual net interest costs would nearly triple over the 2022 – 2031 period, soaring from $306 billion to $910 billion and totaling $5.4 trillion over that period.”

It gets worse. The article also highlights the additional pressure the Fed is under:

“However, inflation has been much higher than CBO’s projections and the Fed is raising interest rates earlier than the agency projected last year, so such costs may rise even faster than anticipated.”

So, what would 3% interest rates do to the largest debtor on earth? Send its net interest costs into the stratosphere.

By 2050, net interest payments could total almost 50% of total revenues. This is the elephant in the room; and a massive reason why the U.S. government cannot afford significantly higher interest rates.

The US is facing some very hard decisions and raising interest rates too fast or too high could be a fatal mistake.

That said, it’s worth noting that U.S. households are decently prepared for higher interest rates. The vast majority of homeowners have paid down debt in recent years.

Furthermore, according to PolicyAdvice, in 29 Eye-Opening Mortgage Statistics for 2022 — Detailed Overview, by Smiljanic Stasha,

“Nearly 40% of all American homes are completely mortgage-free.”

Americans Have Less Debt Than Canadians

The difference between Canada and the U.S. is that U.S. households learned something from the Great Recession of 2008. Adjustable-rate mortgages (ARMs) or variable rate loans were identified as significant contributing factors to the real estate bubble that led to the market crash. Americans have largely shunned ARMs since then, and are not as exposed to rising interest rates the way Canadians are.

CBS News’ Aimee Picchi wrote on March 24, 2022 in Mortgage rates jump above 4% — prompting borrowers to return to a staple of the housing bubble that,

“The share of mortgages that are adjustable-rate mortgages (ARMs) doubled to 10% in January, up from a 10-year low of 4% in January 2021, according to data from CoreLogic.”

Compared to Canada, 10% is almost negligible. In Canada, variable rates became so desirable they surpassed fixed-rate loans in 2021.

With the Bank of Canada already raising rates aggressively, economic pain is around the corner for many Canadians who opted for variable-rate mortgages over the past few years.

Canada remains one of the most indebted nations in the G7 with household debt well above 100% of GDP, despite a few good quarters of late.

Another thing the U.S. consumer and household has going for it is that wages did rise considerably across multiple sectors in 2021. If this continues, it could help blunt some of the damage 40-year high inflation is wreaking on consumers’ wallets.

In a January 2022 article, Despite higher wages, inflation gave the average worker a 2.4% pay cut last year, Greg Iacurci from CNBC explains that the plight of many Americans is not as bad as it seems. He writes,

“Average pay also jumped significantly in 2021 — to more than $31 an hour, a 4.7% annual increase, the Labor Department reported Friday.”

“For example, rank-and-file workers in leisure and hospitality — the lowest-paying sector of the U.S. economy — got a nearly 16% raise in 2021, to $16.97 an hour. That means the average employee at a bar, restaurants and hotel saw pay rise more than two times faster than inflation, amounting to a net 9% increase in annual pay.”

It wasn’t all gloom and doom for the average American worker in 2021. However, that was when inflation was running at 7% — it has since increased to 8.5% and may not accurately measure soaring food and energy prices.

So, it might not be the U.S. consumer or household the Fed has to worry about, but the spendthrift politicians on Capitol Hill running trillion-dollar deficits per year. Consequently, the option of raising rates and slaying the inflation dragon may break the U.S. government, but not the U.S. household.

In this unlikely scenario, the Fed would be happy to see inflation stay between 5-10% for a couple more years, effectively evaporating a large chunk of the national debt in real terms.

While this plan could work, at least for a while, the roughly 50% of Americans who are already cash-strapped will barely be able to afford groceries. And, let’s not forget that we are in an election year…

Reality will force the Fed’s hand to raise interest rates – at least a few more times. But, even a relatively stable and strong US household is still used to near-zero interest rates.

If the economy begins to crumble under the weight of higher borrowing costs, the Fed will tuck and run – just like it did in 2019, prior to the onset of the pandemic.

Finally, to answer the question posed of whether or not the Fed can raise rates – the answer is yes (for now). However, regardless of the Fed’s decision, the economy and millions of households should buckle up for a period of economic pain. Whether it comes in the form of continued runaway inflation or a stretch of significant deflation, financial stress is coming. There’s no sugar-coating it.