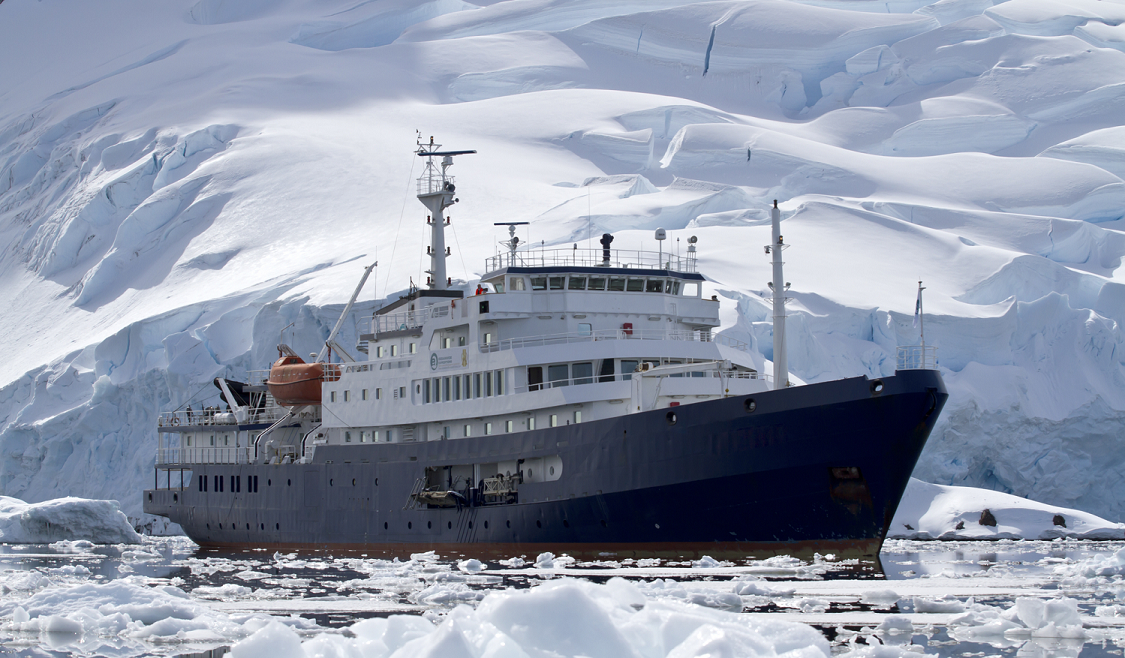 For the last few months, Canada has been gearing up for a major showdown with Russia in the Arctic Circle, home to an estimated 25% of the world’s undiscovered oil and natural gas. Thanks to climate change, that treasure trove of natural resources has become more accessible. Undoubtedly, the winner of this geopolitical conflict will secure its position as the world’s superpower in fossil fuel production for the next century. 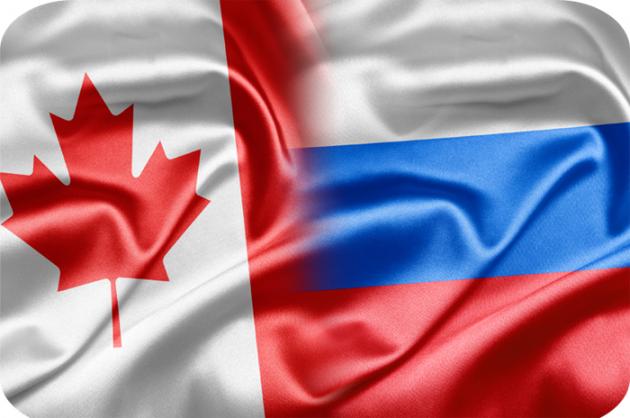 Canada vs. Russia | Mounting Tension in Arctic for Natural Resources

This showdown with Russia became an imminent event after the UN created the “Law of the Sea” in 1982. Signed by approximately 160 countries, the law stipulated that every nation receives exclusive economic rights to any natural resources present on or beneath the sea floor out to a distance of 200 nautical miles beyond its shorelines. Furthermore, any country can extend the length of its claims an additional 350 miles if it can be proven that the supplementary area is an extension of a nation’s continental shelf; herein lies the great argument and reason for the escalating tension between Canada and Russia.

The rule in the “Law of the Sea” regarding the extension of continental shelves has had Canada and Russia scrambling for the last decade, while cumulatively spending billions, to secure and map out the floor of the Arctic Ocean. Both nations are conducting these costly missions in order to convince the UN why resource rich areas should belong to one of them.

There is significant crossover between what Canada believes is its Arctic territory and what Russia is laying claim to. This is why Russia has drastically increased its military presence in the middle of the Arctic, on an island formerly deemed a nature reserve… in case of an unfavourable ruling by the UN, in respect to what part of the Arctic belongs to Russia, Putin is developing his own military contingency plan.

In 2001, Russia sent the UN its application documenting why it believed much of the resource rich ocean floor in the Arctic belonged to it. However, the UN returned the application, stating it needed more scientific proof. That didn’t deter Russia in the slightest, however; and since 2007 it has been planning and building its presence in the Arctic while engaging in provocative military posturing against Canadian vessels and airspace.

Key fact: The US has yet to ratify the “Law of the Sea” despite the three most recent Presidents supporting it. This could make things very interesting if Russia threatens Canada’s sovereignty in the Arctic. Making a deal with the Americans might prove to be Canada’s ace.

A Piece of the Pie

Five countries will be getting a piece of the Arctic natural resource pie: Norway, Russia, Canada, Denmark and the US. However, only Russia and Canada likely have a legal shot at the major jackpot in the Arctic, which is known as the Lomonosov Ridge. Part of this ridge appears to be within Canada’s ocean territory, while other parts clearly fall in Russian territory. However, there is significant crossover, as mentioned, with both countries making their case why key parts of the ridge are extensions of their continental shelf; to say the least, there is a difference of opinion.

Russia is claiming significant portions of the Lomonosov Ridge that Canada believes to be Canadian territory. The UN has yet to rule on this matter. But if the UN rules in favour of Canada, Russia can, and likely will, dispute that. In matters of dispute, the UN’s hands are tied; it is to be resolved by the countries. Given the hostile relationship between Canada and Russia, the result of a dispute would likely be conflict; to what degree is anyone’s guess. But if military muscle is needed, you can expect Canada to look to the US for reinforcements. In fact, Canada may already be one step ahead in that respect. More on this shortly…

To give you an idea as to what is at stake: In 2007, Yuri Trutnev, Russia’s Natural Resource Minister, stated that “Reaching the Lomonosov ridge means for Russia potentially up to 5 billion tons of equivalent fuel.”
source: Energy Daily

There is also believed to be a swath of rare earth deposits underneath the ridge – as well as diamonds and gold. Furthermore, by owning a significant portion of the ridge, a nation will have control over key global shipping routes that never existed even a decade ago. Thanks to the ice melting, new shipping routes have been established for several weeks per year. If the waters along, and near, the ridge become year-round accessible for ships to pass through, it would have a comparable economic impact to the creation of the Panama Canal, which just marked its 100th anniversary of the official opening on August 15, 1914.

The same year Russia’s Natural Resource Minister made those revealing comments about the natural resources in the Lomonosov Ridge, the communist nation built and deployed a drone-type submarine to travel nearly 4,000 metres below surface to plant a Russian flag on the ocean floor of the region.

In retaliation and frustration toward Russia’s posturing, Canada’s foreign minister at the time, Peter Mackay, stated “This isn’t the 15th century. You can’t go around the world and just plant flags and say, ‘We’re claiming this territory.”
source: The New York Times

As tensions between Russia and Canada were building in 2007, in an effort to rally the support of Canadians and address the Russian threat, Prime Minister Harper stated, “Canada has a choice when it 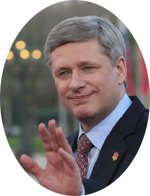 comes to defending our sovereignty over the Arctic. We either use it or lose it. Make no mistake, this Government intends to use it. Because Canada’s Arctic is central to our national identity as a northern nation. It is part of our history. And it represents the tremendous potential of our future.”

Just last month, while touring the Arctic and breaking ground at Canada’s new Arctic Research Station, Harper stated in a press conference that, “We have seen, for the past decade now, increased Russian incursions into our air space, testing our air space. That’s why, as you know, we have continually reinforced our fighter presence, our ability to respond to that, and of course we are ultimately planning on maintaining that presence well into the future.”
source: National Post

Sun News stated that, “A 2007 Russian intelligence report predicted that conflict with other Arctic nations is a distinct possibility, including military action “in a competition for resources.”
source: Toronto Sun

In light of the Ukraine conflict and Canada slapping heavy sanctions on Russia, tensions and provocative military action have intensified between the two northern nations in 2014. In June alone, Canadian fighter jets were forced, on more than one occasion, to escort Russian bombers away from North American Arctic airspace. Just this week, likely in retaliation for Canadian fighter jets patrolling the edge of Russian airspace as part of NATO’s mission to protect Ukraine, Russian military aircraft buzzed Canadian Navy frigate HMCS Toronto in the Black Sea.

We saw China conduct similar provocative military activity against Vietnam in late 2013 and early 2014, before entering Vietnamese water and deploying an oil drilling platform (click here for our report China’s Power Grab). Just as China did with Vietnam before invading its sovereignty, Russia is testing Canada’s reaction time and ability to defend its territory.

Russia has also deployed state of the art Yasen Class submarines to its western Arctic waters in an effort to beef up its formidable naval presence. These submarines are in a league of their own. Capable of carrying up to 80 torpedoes that can fire to a distance of 3,100 miles, the Russian vessels can also travel at speeds up to 40 mph while at a maximum depth of 600 meters. Canada has nothing comparable in its naval arsenal.

This past Monday, The Moscow Times reported that, “On Wrangel Island and Cape Schmidt, block-modules have been unloaded for the construction of military camps. The complex is being erected in the form of a star,” Colonel Alexander Gordeyev, a spokesperson for the Eastern Military District, was quoted as saying by RIA Novosti.”

The article continued, “By 2015, Russia hopes to restore the entirety of its former-Soviet defense infrastructure in the region, RIA Novosti said.”
source: The Moscow Times

In recent months, Canada has been on the offensive as well. “John Baird, Canada’s foreign minister, told a Danish newspaper that Ottawa was ready for a confrontation with Moscow if it expanded its ambitions in the Arctic region.”
source: RT

Canada and the US are rumored to be in talks to improve upon the NORAD and missile defense agreement in place for the Arctic. More sensors for naval and aircraft detecting technology are allegedly being considered. Additionally, Vice reported last week that, for the first time ever, Canada’s Army tested drones in the Arctic. Click here to read the full article.

While tension between Russia and Canada picked up steam in 2007, it hit 6th gear in December of 2013. It was during that month when Canada submitted a partial application to the UN, documenting why it owns at least 1.2 million square kilometres of Atlantic Seabed, “plus a note saying it would file an Arctic claim at a later date”, according to the Globe and Mail.

The Globe and Mail article continued “We have asked our officials and scientists to do additional and necessary work to ensure that a submission for the full extent of the continental shelf in the Arctic includes Canada’s claim to the North Pole,” Mr. Baird told reporters on Parliament Hill.”
source: The Globe and Mail

Despite already spending roughly $200 million to formally back up its stake in the Ocean floor, Canada is not yet finished making its case for more Arctic territory, including key areas of the lucrative Lomonosov Ridge.

Canada’s UN filing aggravated Putin; and just days after the submission, in his annual address to Russian heads of state and military leaders, Putin stated “I would like you to devote special attention to deploying infrastructure and military units in the Arctic.” He continued by stating that Russia required “every lever for the protection of its security and national interests there.” Click on the image below to watch a clip from Putin’s speech following Canada’s UN application.

The writing is on the wall. Potential military conflict over the Arctic is near. Even China has chimed in stating that because it has 20% of the globe’s population it deserves 20% of the Arctic. A weak argument indeed, but it sheds light on the aggressive interest for the final piece of the globe’s untapped natural resource pie. Wars have been fought over much less. And unlike virtually every war since Canada’s founding, the friendly northern nation will play the central role if this evolves into a military conflict. How Russia and Canada divide much of the Arctic will dictate how the rest of the world, particularly the US and China, enter the mix.

When you see such military posturing over the Arctic as we are witnessing in 2014, and knowing what natural resources lie beneath the surface, it indicates just how desperate the world and its developing economies are for new natural resource discoveries. Geopolitical tension between Russia and Canada is a bellwether to a resurgence in the exploration industry.