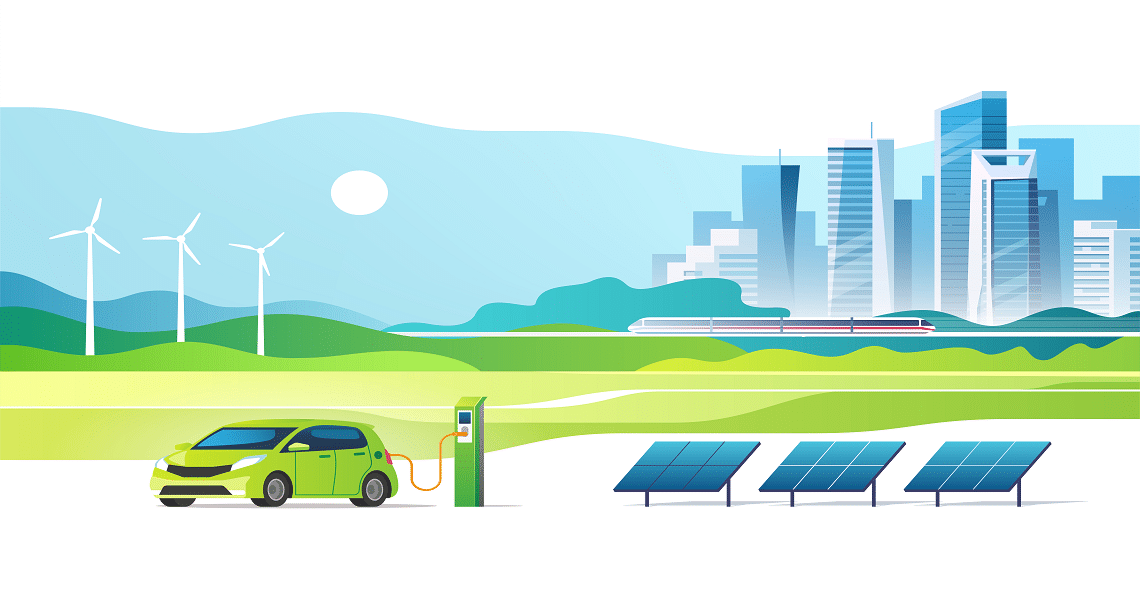 After four years of strong economic growth under Trump, investors everywhere are wondering how the Biden Administration will impact their portfolios.

While it’s far too early to know for certain, there’s one thing investors can take to the bank: President Biden is not opposed to spending…

During Biden’s tenure as Vice President of the United States, the Obama Administration nearly doubled U.S. national debt (not that Trump was any better). Now, with the 46th President targeting an initial US$1.9 trillion stimulus plan, national debt is poised to skyrocket again.

This could be welcome news for speculators. Remember that while national debt surged during Obama’s presidency, so too did the stock market – the Dow Jones Industrial Average (DJIA) saw an annualized return of almost 12.1% under Obama. What’s more, in addition to buoying the broader market, Biden’s deficit spending could serve to boost emerging sectors — namely the green energy industry…

Following the pandemic, the next crisis will be what the Biden Administration calls the “climate emergency.” Outlined by the new administration as one of its primary challenges, we are about to witness a complete and total reversal of energy and environmental policy. This dramatic change in U.S. policy will supercharge the green revolution, leading to a surge in demand for five specific metals – we’ve dubbed ‘green metals‘. More on this shortly…

“Biden has pledged to set the U.S. on the path to net-zero greenhouse gas emissions by 2050 with an interim target of decarbonizing the U.S. power sector by 2035. He is expected to use his first 100 days to start the nation down that road.” 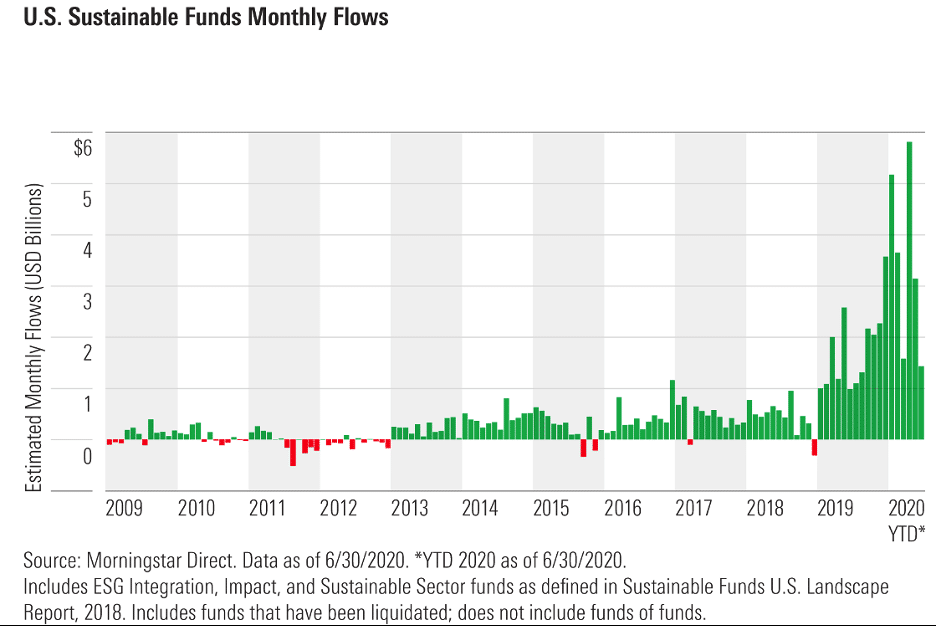 Long before Biden became President, Reuters posed a question in May of 2020: “Which metals will gain most from a green energy revolution?” The article contends that the world will need to produce vast sums of minerals and metals to reach the many lofty goals outlined by Democrats.

“More than three billion tonnes will be required by 2050 to deploy sufficient wind, solar and geothermal power, as well as energy storage, to have a chance of limiting warming to 2 degrees Celsius by 2100.”

Furthermore, the article highlights the precise metals that will be most in-demand:

“Unsurprisingly, graphite, lithium and cobalt are stand-outs with the Bank forecasting potential demand increases of up to 500% from 2018 global production levels.

But the real long-term winners will be more conventional metals such as copper and aluminum.”

Let’s start with graphite. Of all the metals set to benefit from the rise of electric vehicles and batteries, graphite might be the best positioned, but the least talked about. 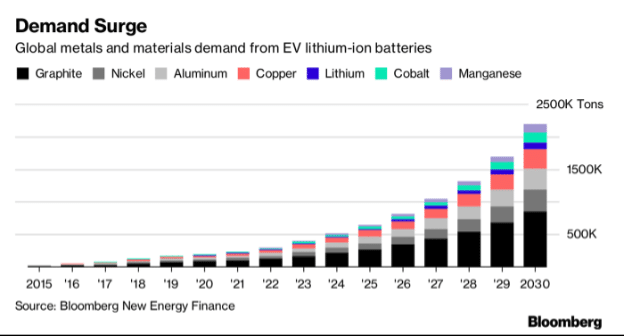 According to North of 60 Mining News,

“The World Bank forecasts that low-carbon energy technologies, primarily lithium-ion batteries, will require 4.5 million metric tons of graphite per year by 2050, which is about a 500% increase over 2018 levels and a 318% increase over the total graphite produced in 2019.”

“‘Graphite demand increases in both absolute and percentage terms since graphite is needed to build the anodes found in the most commonly deployed automotive, grid, and decentralized batteries,’ the World Bank penned in a 2020 report. . .”

With China still producing more than half of the world’s graphite, expect heated speculation in this sector for years to come.

Lithium and EVs Go Together Like Fish and Chips

Although lithium is just one of several metals necessary for EVs and other battery infrastructure, it has long dominated EV-related headlines. An August 2020 article from Mining.com confirms just how robust lithium demand will be in the years ahead.

“A report by Roskill states that, globally, lithium demand growth is forecast to remain strong at over 19.7%py to 2030.”

“Automotive batteries alone are forecast to see demand growth in excess of 28%py to 2030, accounting for over 75% of total lithium demand by 2030 and heavily influencing the types of lithium compounds required by the market.”

A November 2020 article from Mining.com cites a recent report by Benchmark Mineral Intelligence, which forecasts that “the battery industry will require a further 100,000 tonnes of cobalt by 2025.”

The article goes on to note that,

“[Benchmark Mineral Intelligence’s] numbers show that 57% of the world’s cobalt demand will come from the battery sector by the end of the year, a proportion that is expected to increase to 72% in the next five years.”

As the movement behind EVs picks up steam, copper is catching a bid.

“According to Scottish consultancy Wood Mackenzie, there will be more than 20 million E.V. charging points by 2030, consuming over 250% more copper than in 2019. But the forecast would only become a reality if more private and public investment is allocated.”

Charging stations aside, battery electric vehicles (BEVs) themselves need upwards of 183 lbs of copper, according to a report from the Copper Development Association.

We recently wrote about two countries poised to benefit the most from copper’s resurgence in an article titled, “Can Copper Maintain Momentum in 2021?”

Platinum Scarcity Could Come Into Play

Although platinum only trades for around $1,100 an ounce as of January 21, Forbes wrote last November,

“. . .platinum has traditionally traded at a healthy premium to gold, as annual mine production is about 15–20 times scarcer than gold.”

This scarcity could drive its price in 2021, given that platinum is closely linked to the hydrogen economy. According to a Forbes article titled, “The Investment Case For Platinum,”

“. . .[platinum is] often used in fuel cells and to produce green hydrogen through the electrolysis of water using renewable energy.”

With expectations of Biden running a multi-trillion-dollar deficit due to the pandemic, his administration will be emboldened to spend heavily on more unconventional, forward-looking projects.

Lachlan Carey, an associate fellow of the Center for Strategic and International Studies’ energy security and climate change program, stated,

“There’s been a very vocal and growing push to include as much green spending in [coronavirus] stimulus measures as possible.”

But it’s not just the United States — we’re seeing the trend of “green stimulus” take over in Europe as well.

According to the European Commission,

“The EU’s long-term budget, coupled with NextGenerationEU . . . will be the largest stimulus package ever financed through the EU budget. A total of €1.8 trillion will help rebuild a post-COVID-19 Europe. It will be a greener, more digital and more resilient Europe.”

The global shift toward green energy is well underway. Understanding this shift and uncovering outperformers within the five key green metals and minerals outlined earlier should be a continual focus for speculators.