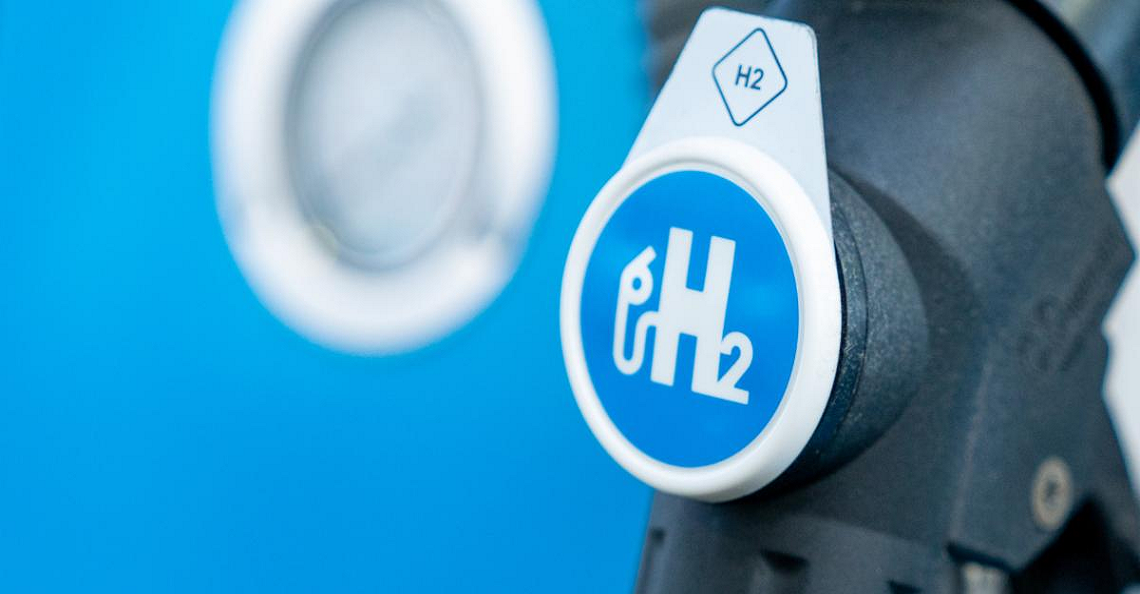 Suncor announced in April that it would be getting rid of its wind and solar assets – after two decades of being involved in renewable energy production – leaving many astounded. Greenpeace chief energy strategist, Keith Stewart, labeled the move as akin to “buying Blockbuster stock the day Netflix launches an IPO.”

Stewart’s analogy was made in reference to Suncor’s reason for divesting from wind and solar: to focus on hydrogen investment and renewable fuels instead. What’s more, Suncor’s announcement came on the same day the UN released a report from its Intergovernmental Panel on Climate Change (IPCC), which, according to CTV News, proposed wind and solar technologies as,

“…the two best avenues to reduce global greenhouse gas emissions and limit the planet’s warming to a critical 1.5C.”

So, what’s Suncor doing pursuing hydrogen, and why now?

We’ve known for more than a century that hydrogen can be used as fuel. As early as 1874, French Novelist, Jules Vernes, predicted that hydrogen would one day,

“…provide an inexhaustible source of heat and light of an intensity that coal cannot have.”

Since its inception in 1958, NASA has utilized liquid hydrogen in its fuel cells, and relied upon hydrogen gas primarily as rocket fuel. However, it wasn’t until the Energy Policy Act of 1992 – in a bid to improve air quality and reduce the U.S.’ dependence on petroleum – that hydrogen came to be considered an alternative fuel for conventional commercial applications in the United States.

From then on, a fair amount of research went into producing viable hydrogen-fueled vehicles. And in 1994, at a press conference in Ulm, Germany, Daimler Benz presented the first hydrogen fuel cell vehicle (FCEV) to the world – its NECAR I (or “New Electric CAR”).

Though not a commercially viable product, the NECAR I was a successful proof of concept for FCEVs. Less than ten years later, in his 2003 state of the union address, President George W. Bush announced a US$1.2 billion commitment to bring hydrogen fuel cell cars “from the laboratory to the showroom.”

Now it’s 2022. How many hydrogen car models are available for purchase today?

Two publicly available models of FCEVs is borderline embarrassing when compared with more than 100 battery electric vehicles (BEV) currently on offer for consumers – and that’s not even counting the hundreds of BEVs manufactured in and for the Chinese market.

Why is it Taking Forever for FCEVs to Breakthrough?

Hydrogen production. You see, not all hydrogen is created equal. Know that any hydrogen investment will have numerous caveats.

Arguably the biggest headache assailing FCEV development/adoption is that today, about 95% of all hydrogen is produced from fossil sources.

Commercially extracted hydrogen is typically designated a color code that indicates its production source (in other words, its acceptance level based on GHG emissions profile). The infographic below illustrates a set of hydrogen colors and corresponding sources:

There are several ways to produce hydrogen, but the most common methods are the two featured in the infographic: thermal processes and electrolysis.

The most prevalent (and cheapest) method is through a thermal process called steam methane reforming (SMR), which uses very high-temperature steam to produce hydrogen from a methane source, such as natural gas. Whereas in electrolysis, hydrogen is obtained by using electricity to split water into hydrogen and oxygen within an electrolyzer.

According to an IEA Hydrogen report from November 2021, close to 80% of all hydrogen produced is currently grey hydrogen, which not only offers limited environmental benefits but could actually lead to an increase in GHG emissions globally.

Consequently, only “clean hydrogen” (i.e. everything but grey hydrogen) offers a long-term, sustainable solution for FCEVs and the hydrogen economy at large. So, for eco-friendly and environmentally conscious consumers, there is really no incentive to opt for FCEVs at the moment – especially given that the price to own and operate a FCEV is considerably more than a BEV.

Cost of Phasing Out Grey Hydrogen

Last November, the Hydrogen Council, in collaboration with McKinsey & Company, put out a comprehensive report on hydrogen’s “critical” role on the global march to net-zero emissions by 2050.

If the chart is accurate, about 30% of grey hydrogen will be converted to blue or green hydrogen by 2030. This would imply significant growth in carbon capture spending, technology and infrastructure, combined with widespread availability of grid-scale renewable sources of electricity.

The report put forward a cost analysis of just how much investment would be required to hit the targets mentioned above. Per the report,

“While the level of project momentum in the hydrogen industry is strong, reaching established net-zero targets will require a significant push. Achieving the proposed net-zero pathway by 2050 and decarbonizing 22% of final energy demand will require 75 MT of clean hydrogen supply and demand in 2030. To achieve this and associated midstream and end-use investments, the industry needs total direct investments of USD 700 billion across the hydrogen value chain by 2030”

Of the USD 700 billion required, the largest tranche is a USD 300 billion investment needed for hydrogen production alone. According to the Hydrogen council, only USD 160 billion of direct investments into hydrogen (from more than 520 projects worldwide) had been announced at the time of publishing the report, leaving a mammoth USD 540 billion investment gap for 2030 targets.

More than half of the announced hydrogen investments have been towards production, but that still leaves a 70% gap in investment required to phase out grey hydrogen.

Regarding hydrogen production, the report explained that,

“About 30% of required investments in North America have been announced; another USD 60 billion would be required to be on a net-zero pathway in 2030, while Japan and Korea will require more than USD 50 billion to close the investment gap. The rest of the world would need roughly USD 150 billion to develop the required supply and demand by 2030.”

The odds of closing the USD 210 billion production investment gap (let alone the USD 540 billion shortfall) in less than 10 years is anybody’s guess.

True, there have been a number of additional investments announced since the aforementioned report was published (Spanish energy heavyweight, Iberdrola, committed over USD 3 billion to green hydrogen sometime in May; and the following month, automotive component supplier, Bosch, announced USD 1.3 billion investment in hydrogen technology by 2025), but they don’t seem to be coming at a pace that would inspire a high level of confidence in reaching the 2030 target.

Governments to the Rescue

South of the border, the recently passed Inflation Reduction Act has been a welcome development for the hydrogen sector, and the bill drew the praise of The Fuel Cell and Hydrogen Energy Association (FCHEA) of the United States. According to FCHEA President and CEO Frank Wolak,

“We are thrilled by the passage of this bill, as the robust clean energy package, including the crucial new clean hydrogen production tax credit, will accelerate investment in an emerging hydrogen economy, helping our nation achieve its decarbonization goals, while supporting domestic jobs and manufacturing.”

The FCHEA will be hoping the legislation’s new suite of green energy tax credits and funding opportunities will incentivize more and larger-sized investments in hydrogen and fuel cell technologies. Watch this space…

In Canada, Prime Minister Justin Trudeau and German Chancellor Olaf Scholz met in Newfoundland on Tuesday, August 23, to sign a green hydrogen deal in a bid to accelerate Canadian supply of the renewable fuel globally. Also present at the event were CEOs of Bayer AG, Volkswagen Group, Siemens Energy, Mercedes-Benz and ThyssenKrupp.

Only an environmental impact assessment stands in the way of Newfoundland’s multi-billion dollar project owned by low-carbon solutions provider, World Energy. In an interview with BNNBloomberg’s Andrew Bell, World Energy CEO John Risley estimated the project to be worth roughly US$12 billion.

The Hydrogen Council’s report stated that,

“While not in itself the solution to abate all emissions across sectors, hydrogen uniquely complements and enables other decarbonization pathways such as direct electrification, energy efficiency measures, and biomass-based fuels.”

According to the report, demand for hydrogen could soar to roughly 660 million metric tons (22% of global energy demand) in 2050 from approximately 90 million metric tons currently. Were that to happen, clean hydrogen would abate about 11% of the emissions required to achieve net-zero by 2050.

It’s important to clarify that,

“Hydrogen’s primary role in the energy transition is that of a cost-efficient decarbonization vector across many sectors, particularly those less suited for direct electrification.”

Take the mobility sector for example. Long-range flights, containerships and heavy-duty trucks are difficult sub-sectors to fully decarbonize because they require batteries with long ranges, and that can be recharged rapidly. This is where hydrogen has a significant advantage over lithium ion batteries.

Hydrogen fuel cells have a far greater energy density than lithium-ion batteries, meaning they provide notably longer ranges than li-ion batteries. They are also much lighter. According to umicore, for a 800km-range truck, a fuel cell powertrain could weigh as much as 2 tons less than its battery counterpart — allowing fuel cell trucks to transport much heavier payloads.

With respect to downtime, heavy-duty fuel cell trucks can be fully recharged in 15 minutes or less, whereas it takes hours to fully replenish an electric car (never mind a truck).

As it stands, only hydrogen (and potentially biofuels) offers a scalable pathway to fully decarbonize the long-range segments of the mobility sector. And, as illustrated in the chart above, the single largest demand (more than 40%) for hydrogen will come from the mobility sector.

Elon Musk and Volkswagen CEO, Herbert Diess, have both publicly stated they don’t believe hydrogen to be the solution to passenger transportation in the long run. In fact, Musk famously labeled fuel cells as “fool sells” in a tweet from June 2020.

Like Musk, Diess believes that hydrogen fuel cells are,

“Far too expensive, inefficient, slow and difficult to rollout and transport.”

On that, there appears to be widespread agreement. When it comes to short-mid range transportation, direct electrification (i.e. BEVs) holds the upper hand.

FCEVs are so inefficient (25 – 35% compared to BEVs 70 – 80%), that it could cost just as much energy to produce green hydrogen as the hydrogen itself delivers…why even bother producing the hydrogen?

To boot, green hydrogen is currently way more expensive to produce than both blue and grey hydrogen — although Bloomberg believes that tide will turn in a few years.

There are also complications with hydrogen storage and transportation. No technological hurdles, but the added complexity adds to the overall cost of rolling out hydrogen.

In sum, hydrogen as a source of energy only makes sense in the absence of other cost-effective sustainable alternatives. For sectors of the economy less suited for direct electrification such as aviation, maritime transportation, heavy duty trucks, and other industrial applications, clean hydrogen is the only viable path to a decarbonized future by 2050. The Hydrogen Council recognizes this, and has put the world on notice that it is half a trillion dollars behind its 2030 goals.

So, either the hydrogen sector will get drenched in a hurricane of investment in the coming years or the global race to net zero may soon be treading water.