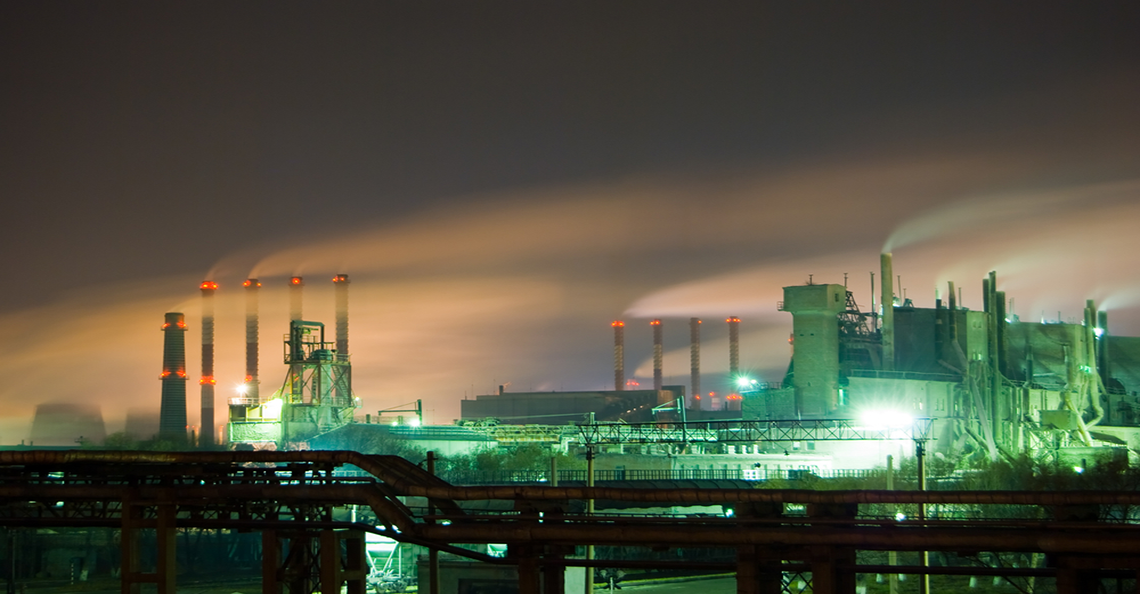 The European Union (EU) is now on the verge of including natural gas (albeit on a transitional basis) and nuclear activities in the EU taxonomy.

Why is this a big deal?

The taxonomy is a European Commission program designed to facilitate access to capital on favourable terms for environmentally sustainable economic activities within the region.

Prior to the document’s release, nuclear power was already making a comeback in certain European jurisdictions. A month ago, the new coalition government of the Netherlands placed nuclear power at the heart of its energy policy. Per World Nuclear News,

“…the government said it would provide financial support to the goal of building new nuclear power plants. It outlined EUR50 million (USD56 million) for this in 2023, EUR200 million in 2024 and EUR250 million in 2025.

It anticipated that cumulative support for new nuclear would reach EUR5 billion by 2030, while not assuming the power plants would be online by that time.”

Earlier this week, Thierry Breton, the European Commissioner for the Internal Market, claimed in an interview with Le Journal du Dimanche that a ‘colossal’ US$565 billion of investment in nuclear power will be needed by 2050 if the EU is to hit its carbon neutrality targets. According to the commissioner,

“Existing nuclear power plants alone will require 50 billion euros of investment by 2030. And 500 billion by 2050 for new generation ones. This effort represents around 20 billion euros per year.”

And, although countries like Germany and Belgium plan to phase out nuclear energy, several scenarios have warned that those countries risk missing out on their CO2 emissions targets by a wide margin, and possibly increase their energy dependence if they were to follow through on those policies.

While Belgium announced that it will go ahead with the phase-out of current nuclear power plants, the country will now turn to Small Modular Nuclear Reactors as a potentially viable future technology. Reuters’ Philip Blenkinsop reported in December that,

Cleaner and More Powerful than Renewables?

For years, the United States’ Energy Department has touted nuclear energy as a more powerful and denser source of electricity than any other clean-air source. As stated by the department,

“…you would need more than 3 million solar panels to produce the same amount of power as a typical commercial reactor or more than 430 wind turbines (capacity factor not included).”

It also views nuclear energy as currently the most effective zero-emissions clean energy source in the United States. The government’s website states that by using nuclear power plants,

“…the United States avoided more than 476 million metric tons of carbon dioxide emissions in 2019. That’s the equivalent of removing 100 million cars from the road and more than all other clean energy sources combined.”

In the UK, an independent and detailed study from October of last year, showed that CO2 emissions from the electricity generated by the country’s newest nuclear power plants will be even lower than emissions from wind and solar power. Per World Nuclear News, those findings are line with a UN report from that same month, which confirmed that,

“…nuclear technology as a whole has the lowest lifecycle carbon intensity of any electricity source, ranging from 5.1-6.4g CO2 per kWh.”

For about a decade, due to the 2011 Fukushima disaster, there had been fairly widespread reservations in pursuing nuclear power as a sovereign source of clean energy due to safety concerns. Now, however, the tide appears to be turning in favor of nuclear energy. See the chart below.

Ann Bisconti of Bisconti Research, Inc. showed that 2021 was the first time in five years the percentage of Americans that support nuclear energy increased; doing so by the largest spike/drop margin the survey has ever recorded. And now, nuclear energy is at its highest favorability level in the US in almost 40 years.

What Ramp-Up Means for Uranium

Currently, about 10% of the world’s electricity supply is generated from nuclear power. As of mid-2021, the global nuclear capacity was at 394 GW from 442 reactor units, with some 60GW of capacity under construction.

According to the latest World Nuclear Association (WNA) forecast, global nuclear capacity is expected to rise to as high as 521GW by 2030 and 839GW by 2040.

The report also mentions that,

For some context, about 100 power reactors with a total gross capacity of roughly 100GW have already been planned or ordered across the globe – and about 300 more have been proposed.

The largest concentration of new nuclear reactor projects are in China, India and Russia. According to Bloomberg’s Dan Murtaugh and Krystal Chia, China is planning at least 150 new reactors in the next 15 years – more than what the rest of the world has built in the last 35 years. The report claims that,

“The effort could cost as much as $440 billion; as early as the middle of this decade, the country will surpass the U.S. as the world’s largest generator of nuclear power.”

The WNA’s projection of steady increase in uranium demand over the next 20 years could be troubling for plant operators worldwide given uranium’s production history in the last 10 years. See the table below.

Uranium Production from Mines (tonnes U)

Notice, particularly in the last 5 years, the steady decline in global mine output of uranium.

What’s more, per WNA calculations, each GW of increased new capacity will require about 150 tonnes of uranium (tU) per year of extra mine production routinely, and about 300-450 tU for the first fuel load.

So, in order to meet future demand, either current uranium mines will need to drastically ramp up production output and/or new uranium mining projects will have to come online post-haste.

“Irrespective of the uranium supply scenario, the capacity of all presently-known mining projects will have to at least double by the end of the forecast period.”

As for new uranium exploration, that has been trending downwards since 2014 with little, if any, sign of recovery. See the OECD chart below:

Trends in Exploration and Development Expenditures

The question now is, with declining mine outputs and little to no new exploration projects, how is uranium supply ever going to match up to demand in the coming years? Read on…

As illustrated in the chart above, the 2011 Fukushima accident pushed uranium prices into a debilitating bear market that forced several miners to cut back or suspend operations altogether. Last September, Visual Capitalist’s Govind Bhutada reported that,

“Around 46% of the world’s identified uranium resources, 8 million tonnes, have an extraction cost higher than $59 per lb. However, uranium prices have hovered close to $30 per lb since 2011, making these resources uneconomic.”

Bear in mind that Kazakhstan is the primary source of today’s low-cost uranium production, accounting for about 40% of global uranium supply. However, with the region’s recent history of political unrest and social upheaval, its reliability is questionable at best. And unless checked, such regional volatility could impose even further supply disruptions on a commodity that will likely see massive deficits in the coming years.

To fulfil demand requirements at uranium’s current price, producers will need to come up with cheaper extraction methods in the short term (and preferably in more stable jurisdictions). But, in the unlikely event of that happening, the price of uranium will need a significant boost in order to entice an increase in production/exploration. Failing either of those two options, there could be a considerable and drawn-out supply shortage of the nuclear fuel globally.

Compared to other fuels and energy plants, nuclear plants aren’t very sensitive to changes in fuel costs. The World Nuclear Association explains that,

So, while there is some impact, it is fairly minor when compared with the impact of say gas prices on gas generating plants, where fuel can be responsible for as high as 80% or 90% of the marginal costs.

The implication for uranium is that if it’s price were to climb from the current US$46 to the recovery break-even $59 (for most stable jurisdictions), the price change would be barely noticeable for both plant operators and consumers. Only when the commodity’s price goes beyond the US$100 per pound mark, and stays there for a prolonged period, will the impact on nuclear generating costs be considerable.

Potentially the Energy Sector’s Next Bull

For about a decade, the future of nuclear energy hung in the balance after the Fukushima disaster of 2011. Public perception of nuclear energy was on massive decline, and new entries were added to the list of countries committing to phase out nuclear power as a source of electricity.

However, with the passing of time and advances to nuclear reactor technology and safety protocols, global support for nuclear energy is growing. Given the clear need for new generating capacity not only to replace but to supplement fossil fuel sources of energy, policy makers globally are beginning to realize that nuclear energy could play an indispensable role on the road to carbon neutrality.

Furthermore, after a steady decline over the last 10 years, the price of uranium surged in August 2021 as investors and speculators worldwide scrambled to secure the commodity amid growing sentiment of an impending supply crunch. However, the price of uranium still has room to grow before it can be deemed economically recoverable for a large number of producers, and in order to incentivize new discovery projects.

As things stand, Kazakhstan, the biggest beneficiary of current uranium prices, poses an instability risk that could strain uranium supply even further, applying additional upward pressure on the commodity’s price. In sum, the significant demand increase forecast for uranium in the coming years, combined with a historically shrinking annual global mine output, leads us to adopt a bullish thesis for uranium prices over the medium to long-term.