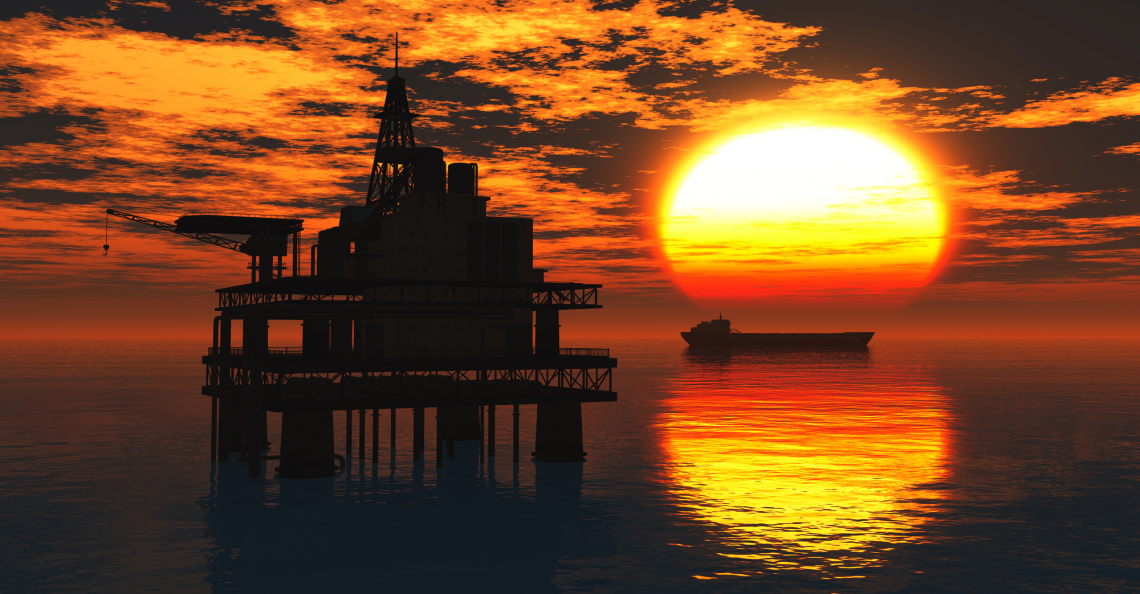 Before the first gunshots of WWII rang out, a company that would create Chevron drilled an exploratory oil well in Dhahran, Saudi Arabia. Controlled by the Rockefeller family, the company’s name was Standard Oil.

Standard Oil didn’t know it at the time, but it identified what would become the largest source of petroleum on earth. Eighty years later, and spawning from that discovery, Saudi Arabia is preparing to raise $100 billion for the largest IPO the world has ever seen…

It wasn’t until 1980 that the Saudis bought out foreign oil interests; in turn, the Kingdom consolidated its vast oil reserves into the state owned enterprise known as Aramco. To this day, Aramco generates approximately 90% of total government revenue in Saudi Arabia. Some in the Saudi Kingdom believe oil’s glory days are over, and its national leaders are taking Aramco public; the world’s oil super power is essentially selling off chunks of its oil assets…

This begs the question: If it generates roughly 90% of government revenue, why sell any part of it? Because the Saudis believe the future is not in oil. Simple as that.

Ensuring they cash in before oil demand declines is the impetus for the Saudis’ go-public move. If they wait 10 to 20 years when oil demand is declining, they simply won’t get the lift they would in 2017 or 2018.

Aramco plans to raise about $100 billion in the coming months, quadrupling Alibaba’s record-setting $25 billion IPO, raised in 2014. Furthermore, the $100 billion will represent roughly 5% of the shares outstanding. Consequently, Aramco would become the largest company on earth, with a market cap greater than $1 trillion. Apple, Amazon, Google and even Tesla were pegged by many to be the first $1 trillion company. Instead, it will be a foreign entity with assets once controlled by American firms.

Speaking at a conference in Istanbul, Aramco President and CEO Amin Nasser explained (reported by Bloomberg), that the outlook for oil supplies is “increasingly worrying.” He highlighted, there has been $1 trillion in investment lost during the current industry downturn and fewer new deposits discovered.

While his points may be valid, Nasser is attempting to prop up oil’s attractiveness with the threat of an impending shortage.

Unfortunately for him and the Saudis’ beloved Aramco, the timing of their IPO could not be worse. Oil is down more than 60% from its high above $100 in 2014. What’s more, Trump and Putin are working to outmaneuver each other in an all-out push to produce and export oil.

All this competition is bad news for Saudi Arabia, which hoped low oil prices would sideline the two juggernauts.

We wrote about the Saudis plan to crush western oil exporters by flooding the market with supply in The Orchestrator of Oil’s Collapse. Our Weekly Volume read,

“Saudi Arabia, the largest producer in the OPEC cartel, and the highly distrusted ally of the West, is the driving force behind this oil price collapse.

Ironically, the world’s top oil exporter is intentionally adding momentum to this collapse so it can pick off its enemies and competition, one by one. It’s remarkable to see such geopolitical tactics played by the Saudis, and documents just how scared they are of threats to their kingdom…”

So, why have oil prices remained depressed in the face of rising demand?

Oil demand will exceed 100 million barrels per day in the coming years. But, it is future demand projections which have Aramco rushing to go public and Putin and Trump racing to sell domestic supply.

How Oil Demand Declines Below 80 Million Barrels Per Day

Amy Myers Jaffe is an expert on global energy policy, energy and sustainability, and geopolitical risk. She recently predicted world oil consumption will fall below 80 million barrels a day by 2040 – 20% below today’s level.

Her prediction, along with many others, came about due to the anticipated relentless rise of electric vehicle demand and seemingly never ending taxes put on fossil fuels.

Just recently, Volvo became the first conventional car company to announce it would be,

“…marking the historic end of cars that only have an internal combustion engine (ICE) and placing electrification at the core of its future business.”

Certainly almost every legacy car maker is racing to compete with Tesla in a ‘do or die’ transition to electric.

Despite this stunning growth, global oil consumption in 2016 represents a new all-time high.

There are approximately 250 million personal vehicles registered in the U.S. A whopping 70% of all oil consumed in the U.S. is used for transportation. Furthermore, according to the Energy Information Administration, “American drivers consume about nine million barrels of gasoline per day for personal transportation.”

So, if America goes electric, the world will follow; and oil demand will most certainly collapse. Nine million barrels represents roughly 10% of global daily oil demand. If countries around the world follow suit, it is very easy to see how global demand could drop below 80 million barrels per day…

Hence, with the electric car revolution underway and gaining momentum fast, the race to ‘dump’ oil is on. President Trump, Putin and Saudi Arabia are all jostling and working to ensure that any leverage associated with the supply and price of oil in the near-term is theirs.

Few leaders, including the Saudis (whose leadership supported Hillary Clinton’s candidacy), thought they would be dealing with President Donald Trump in 2017. And the results in the oil market thus far indicate they’ve yet to figure him out. While OPEC, led by the Saudis, has cut production, Trump has created a regulatory framework for America to drill, drill, drill.

Trump’s recent trip to Riyadh has generated tens of billions in deals for both countries. Reuters reported,

With U.S. oil production nearing a record and Trump doing everything possible to fuel American energy independence, the Saudis are playing nice. His initiatives have stalled any oil sands rebound in Canada and other oil exporting nations hopeful to capitalize on the final years of expanding oil consumption.

“…the rollback of a series of ill-advised, poorly-constructed, often unnecessary regulations, the opening up of new tracts of federal lands and waters to leasing, the speeding up of permitting processes and lease sales are all policies designed to stimulate the production of U.S. oil and gas resources…”

OilPrice.com reported, “The US Bureau of Ocean Energy Management (BOEM) announced last week it is lowering royalties on oil and gas production in the shallow water Gulf of Mexico. With rates set to drop to 12.5 percent, from a current 18.75 percent.”

Incentives by way of tax reduction is a game-changer for shallow water offshore drillers. In fact, the Energy Information Administration forecast in early June that,

“U.S. crude oil production will reach a record annual average of 10 million barrels a day in 2018.”

If you’re Saudi Arabia, this is a clear sign that the U.S. doesn’t need, nor want, your oil. Trump wants to make America a leading exporter of not just oil, but liquefied natural gas. For Canada, this is particularly bad news. With American production hitting new highs, Canada and its top export (oil) will have to depend further on Asia and Europe.

Donald Trump is not a politician. He is a businessman first and foremost. Hence, his policies are making the United States an energy powerhouse. While the world focuses on his latest tweet, the war to capitalize on oil before it fades is underway. And, the United States, led by Trump, has entered the battlefield.

In Trump has Putin ‘over a barrel’ with aggressive energy policy, defense of the West, Larry Kudlow surmised,

“President Donald Trump has quickly made it clear that Barack Obama’s war on business is over. He’s also made it clear, through regulatory rollbacks of breathtaking scope, that the Obama war on fossil fuels is over.”

“But in an absolutely key part of the speech, he took direct aim at Vladimir Putin’s energy bullying.

Trump said, “We are committed to securing your access to alternative sources of energy, so Poland and its neighbors are never again held hostage to a single supplier of energy.”

“Right now, U.S. oil reserves are almost in parity with those of Saudi Arabia. We have the second-most coal reserves in the world. There are enough U.S. gas reserves to last us a century. We have already passed Russia as the world’s top natural-gas producer. We are the world’s top producer of oil and petroleum hydrocarbons. And exports of liquefied national[sic] gas are surging, with the Energy Department rapidly approving new LNG projects and other export terminals.”

Quiet, bashful little Canada, led by a renewable-focused prime minister, is letting the big boys sort it out while the majority of proposed Canadian pipelines are denied and the country’s proposed LNG plants fade away like forgotten dreams.

We wrote, in-depth, about the race to export LNG between the U.S., Canada and Australia in Canada’s Devastating Financial Defeat.

The energy market is changing rapidly due to the rise of electric vehicles, which is real and will continue to grow. An America led by pro-energy Trump will take no prisoners and leave Canada’s expensive oil sands, which lacks domestic refineries, in the dust.

For those hoping Canada’s energy sector will turn around, know that it will, but the rebound may be short-lived. We are expecting a 2-3 year recovery commencing in 2018, before another collapse. Competition is steeper than ever, with the political (and social) forces lined up against the longevity of fossil fuels. The time to diversify is upon us.