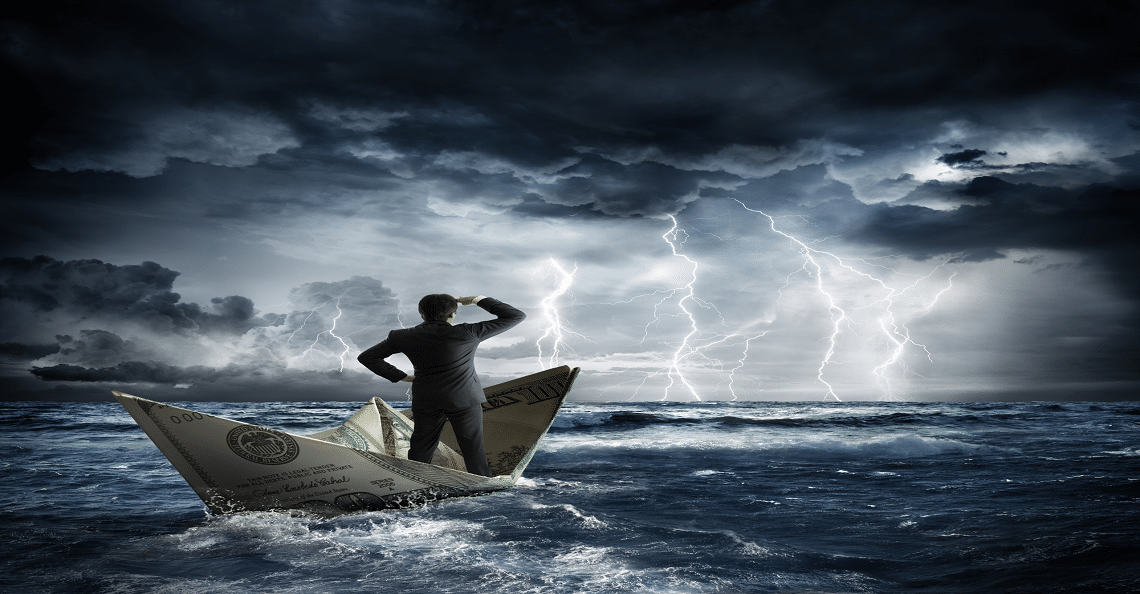 We hate to be the bearer of bad news, but there is no ‘V-shaped’ economic recovery coming. Not in the U.S., and especially not in Canada.

“. . .We’re facing a unique challenge. But I know that if we pull together, our economy will come roaring back after this crisis. . .”

In the U.S., Vice President Pence, Treasury Secretary Mnuchin, and President Trump have all made similar comments.

The notion that countries will be able to “flip a switch” and have their economies return to normal is nothing more than a fairytale; Covid-19 has already done irreparable damage to certain sectors (namely the service sector) and will likely have lasting psychological effects on consumers and businesses worldwide.

This leads us to believe there is a bad recession — and perhaps even a depression — approaching. 2020 will not see a vowel shaped (V or U) recovery.

However, we are not sensationalists or fear mongers; in fact, we are very optimistic over the long-term given all the new technologies and industries on the horizon.

Furthermore, there is a major shift coming for the global supply chain, which in itself will create tremendous opportunities for countries and investors.

When governments and central banks realize in the next 9-12 months that a quick recovery isn’t possible, there will be a rush to rebuild infrastructure and create shovel-ready jobs. This agenda will push commodity prices higher and expedite the global rollout of 5G, artificial intelligence, and the many sub-sectors that come with it.

Covid-19 will end and the world economy will grow once again. Inevitably, the Dow, in our lifetime, will reach 100,000. However, it could be 2-3 years before the global economy exceeds pre-Covid-19 activity levels…

Although the advance estimate for the United States’ Q1 GDP won’t be available until April 29, it’s fair to assume it will show a historic contraction. While Goldman Sachs estimates U.S. GDP will contract 6% in Q1, we believe enough damage was done in March to bring the number as low as 10%.

The second quarter of 2020 is where things could get really ugly. Even in the best case scenario, where Trump gets his wish and much of the U.S. economy starts ramping back up in May, the damage will already be done. Think of the U.S. economy as a train that just hit a brick wall at full speed; it’s going to take a hell of a lot of work in the bodyshop to get that train up and running again. 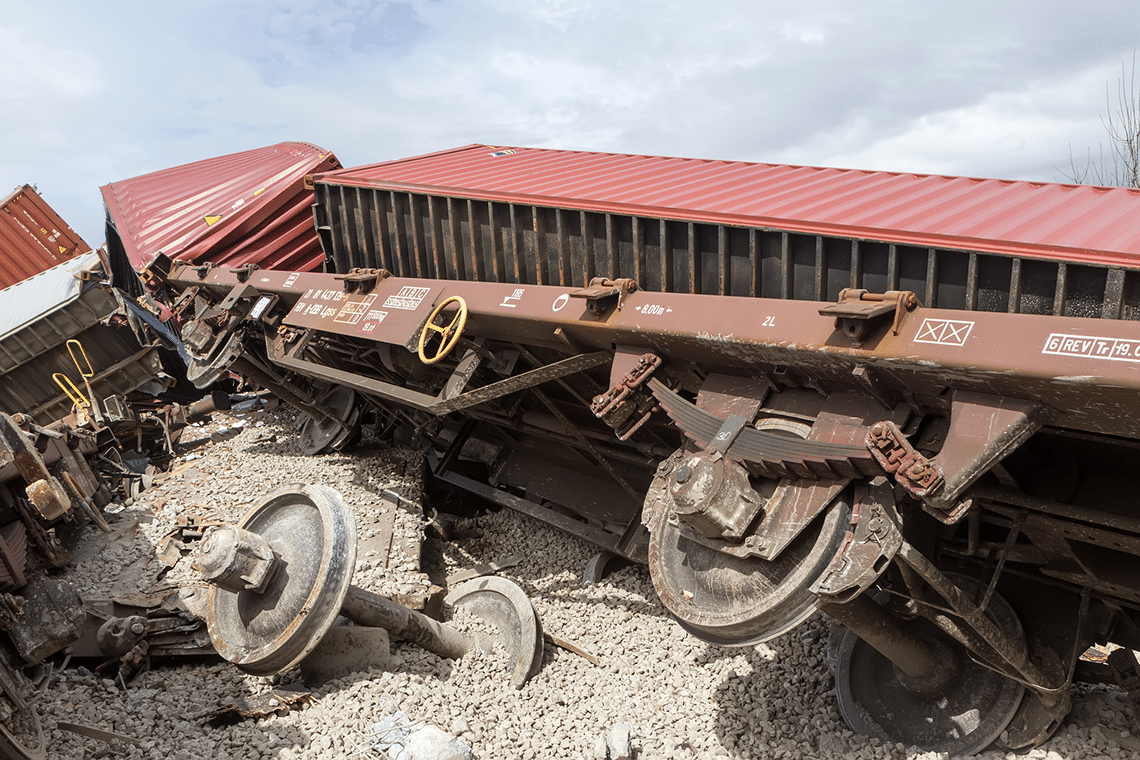 On March 20, Goldman Sachs economists forecast a 24% Q2 GDP contraction and peak unemployment of 9%. Less than two weeks later, Goldman shocked the market with a revised forecast, stating that it believes the U.S. economy will contract by 34% in Q2 and that “unemployment will soar to 15% by mid-year”.

MarketWatch puts these declines into perspective,

“The biggest recorded quarterly decline in modern U.S. history was 10% in the first three months of 1958 during a short, but steep recession. Some 2 million people lost their jobs in less than a year.”

To think, it was only a few months ago that President Trump was boasting how more Americans were employed than at any other time in history — some 160 million people.

From an unemployment standpoint, the U.S. economy has only ever experienced a contraction like this once before — during the Great Depression. It was then when unemployment peaked at 24.9% in the throes of 1933.

U.S. unemployment jumped from 3.5% to 4.4% in March 2020. With more than 13 million Americans filing jobless claims in the past two weeks, expect unemployment in April to rise well above 10%, topping Great Recession levels. As the employment environment deteriorates and comparisons to the Great Depression abound, consumer sentiment will continue to fall.

“If we had a timely unemployment statistic, the unemployment rate probably would be up to 12 or 13 percent at this point and moving higher.”

The odds are we will see near 20% unemployment at some point in the next 90 days. The question is, how quickly can the U.S. economy get back to 3-5% unemployment?

When asked about the recovery and whether or not it will be swift, Yellen expressed some concern,

“I think a ‘V’ [shaped recovery] is possible, but I am worried that the outcome will be worse, and it really depends to my mind on just how much damage is done during the time that the economy is shut down in the way it is now.”

Yellen echoed our sentiment, except we wrote about it a month ago in a Weekly Intelligence Letter, stating,

“If the coronavirus pandemic shows signs of peaking in the next 2-3 weeks, the bull market will likely resume and credit markets will be saved. If it is a longer, drawn out process, the entire global financial system is at risk – akin to what we saw in 2008.”

Regarding a potential economic rebound, Goldman economists stated they “expect a spring back in the third quarter, of 12%”.

While that sounds all well and good, a 12% recovery in Q3 would be coming off a 34% GDP contraction in Q2, according to Goldman’s own forecasts.

The Obliteration of Consumer Sentiment

David McKay, President and CEO of the Royal Bank of Canada, had a warning for overly enthusiastic economists on April 8,

“Global trade migration is not likely to go back to the old model. International movement won’t press a ‘resume’ button any time soon. Shoppers, diners, and tourists may choose to stay away from each other for a while.”

For our service-based economies, consumer sentiment matters above all else. What’s more, about 70% of U.S. GDP relies on consumer spending.

“The Bloomberg Consumer Comfort Index plunged 6.4 points in the week ended April 4 to 49.9, the lowest since October 2017.”

Many consumers are currently in panic mode. The University of Michigan saw its Consumer Sentiment index collapse from 89.1 to 71 last month, marking its largest one-month decline ever.

Human psychology, and by extent consumer purchasing habits, will take some time to return to normal (or what we will call the new normal) in a post-Covid-19 world.

According to CNBC, Anthony Fauci, Director of the National Institute of Allergy and Infectious Diseases stated,

“. . .things may never return to what was considered normal before the virus because it will always be a looming threat in society. . .”

Conformity instincts and the desire to ‘stay safe’ is heightening an already tragic mental health crisis in the U.S., along with many countries around the world. The behaviour of millions of consumers will change (it’s already starting to). People will forgo trips and eating out for months, and, in some cases, even years after the government tells us it’s okay to do so. The drag on the service sector will be long-lasting and many restaurants will not re-open their doors.

Because of this, we believe the economy we knew in Q4 2019 is not going to come back for years. Even worse, what seems like a steep, short-lived economic contraction now could lead to one of the most severe depressions of our lives.

Having said all this, once governments and central banks come to terms with the fact that there is no ‘V’ or even ‘U’ shaped recovery on the horizon, a sense of urgency/desperation will take over. Leaders will be pressed to create jobs via shovel-ready infrastructure projects and the rollout of new technologies like 5G, creating a plethora of opportunities for workers and investors.