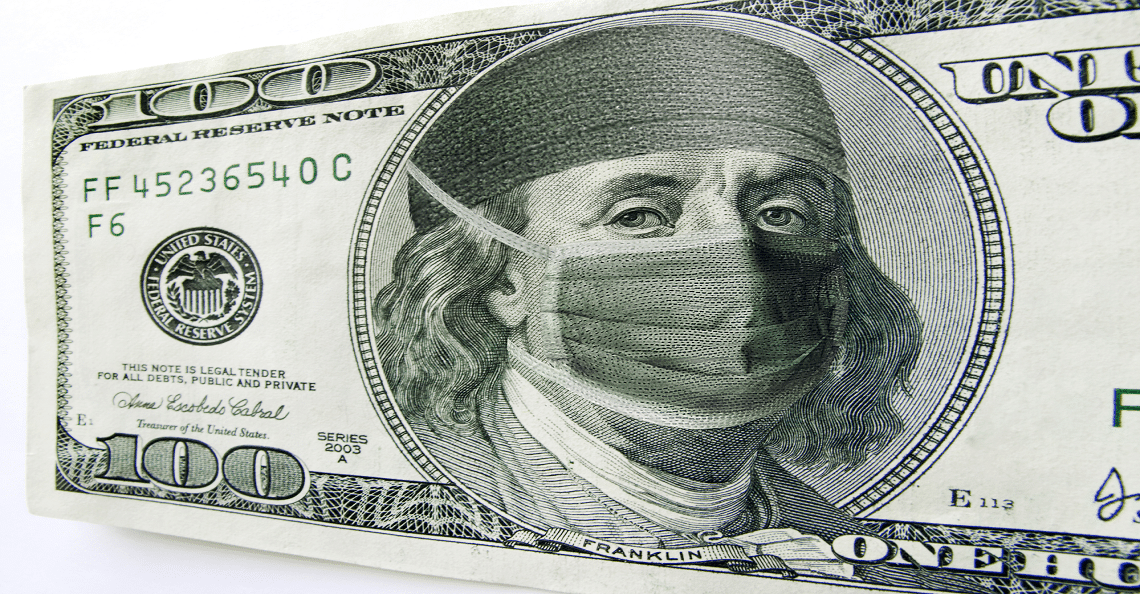 As soon as I saw the ticker tape, I knew it wouldn’t last. Dow and other U.S. index futures were down 5% Sunday, before yet another emergency Fed meeting. While the intial headlines reversed sentiment and saw exchanges up 1-2% before the open, the relief rally failed. All indices are now in the red, down 2-3% as panic surrounding the impact of Covid-19 on the economy takes hold. For once, more Federal debt is adding to concerns, not alleviating them.

The new plan, outlined by Fed Chair Powell, includes a commitment to buy as many U.S. government bonds and mortgage-backed securities as needed.

Let that sink in. The Fed is on record saying it will print as much as it takes. If we are entering a prolonged recession or, as some people believe, a greater depression, this could amount to tens of trillions in stimulus bailouts. Morgan Stanley’s U.S. economists are now predicting US GDP to fall by 30.1% in Q2, driving the unemployment average up to 12.8%.

The Federal Reserve’s balance sheet just went vertical and is heading into the stratosphere. For perhaps the first time, the Fed’s rising balance sheet debt is sparking contagion fears of its own.

Fed and Treasury to Print $4 Trillion… to Start

The Fed is rushing to set up short-term credit facilities for corporations on the brink. Steven Mnuchin, U.S. Treasury secretary, said that between the Treasury and the Fed, financing programs could be worth about $4 trillion. What I find scary and different than past crises is that the market may no longer respect the Fed. Yes, it sometimes takes days or weeks for stimulus to calm nerves or reach the affected area, but something is different. The market may realize this is something the Fed cannot fix. Printing trillions of new money as it has in the past, may not work this time.

So, should the market be panicking the way it is?

Past financial crises tend to follow a similar pattern. An economic-related crisis, due typically to some kind of banking or currency crisis, debt binge or wild over speculation on margin as we saw in 1929, spurs a market collapse. The underlying cause is economical, typically. The Fed steps in with lower interest rates and enormous amounts of money. The function of the economy that was shutting down is replenished with cash, and the economy recovers. New regulations emerge to prevent the crisis from occurring again.

Covid-19 and the current market crash is different for two reasons:

Take the Spanish Flu of 1917-1918. The performance of the Dow in the early going is almost identical to what we are witnessing today.

The significant difference between then and now is the debt. The Federal Debt to GDP ratio in the United States is already well above 100%. For the Spanish Flu, WWI, and WWII, the starting point of the debt to GDP ratio was far lower. 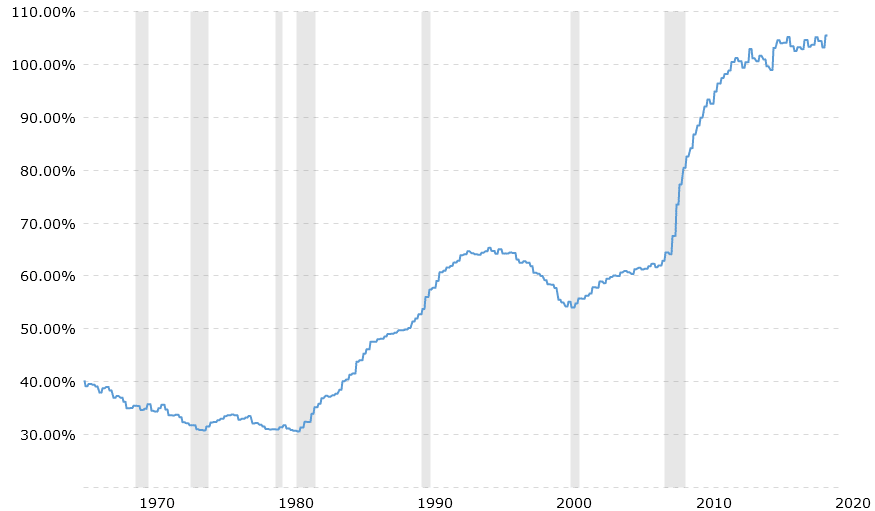 High Federal Debt Prior to Covid-19 to Hurt Recovery Chances 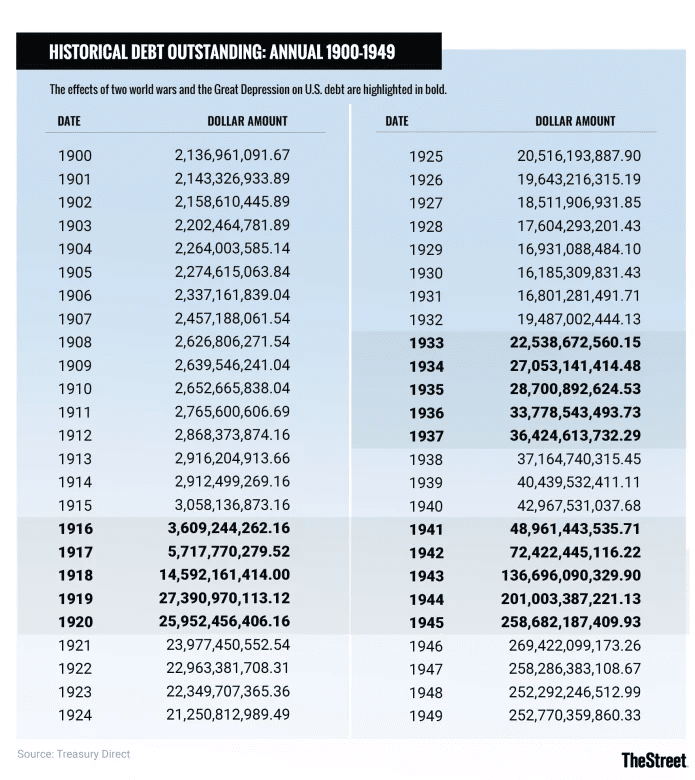 With the U.S. relatively fresh off the Great Recession and all the trillions in debt that took to overcome, it may not be ready for a crisis of this magnitude. $4 trillion is just the beginning. The bailouts and free money associated with the Covid-19 pandemic will be in the tens of trillions in the U.S. alone. Investors like myself are beginning to worry less about the relatively short-term (3 months – 2 years) impact of the Covid-19 virus and more about the current debt-based monetary-financial system; and, more specifically, if that system can sustain and grow again under the weight of so much debt.

In August of 2019, Edward Altman wrote, Where Are We in the Credit Cycle?

While by the mid-point of 2019, he still argued that we were in a benign credit cycle, things have changed dramatically since the economy ceased functioning, and the Fed and Treasury sent debt levels sky-high. His final warning hits home:

“When both macro and micro market forces point to an unmistakably negative outlook, I expect the next stressed credit cycle to produce default amounts that will be higher than any in the past due to the enormous bond, bank, and non-bank debt build-up, and the crisis may last longer than the previous one. Why? Because central banks will have fewer tools to bring to bear and the fiscal stimulus, if any comes, will take longer to assist in the eventual recovery.”

Click here to learn more about how he measures debt cycles. With the economy contracting as we begin to increase all outstanding debts significantly, cause for caution is necessary.

The Federal Reserve, U.S. government, and world governments are going to print like never before. In some cases, it will be the right thing to do; in others, it will be bailing out reckless borrowing and spending habits, further straining the system and perpetuating the next crisis. The Fed’s balance sheet and the federal debt in the U.S. are going to go places few could have imagined. What this does to the purchasing power of Americans and other citizens in countries whose governments take the same approach is worrisome.

Finally, my solace comes from the fact that in the heart of every crisis, or stock market crash, as we are in today, it always seems different and worse than every one before. I am hoping this is the case again.