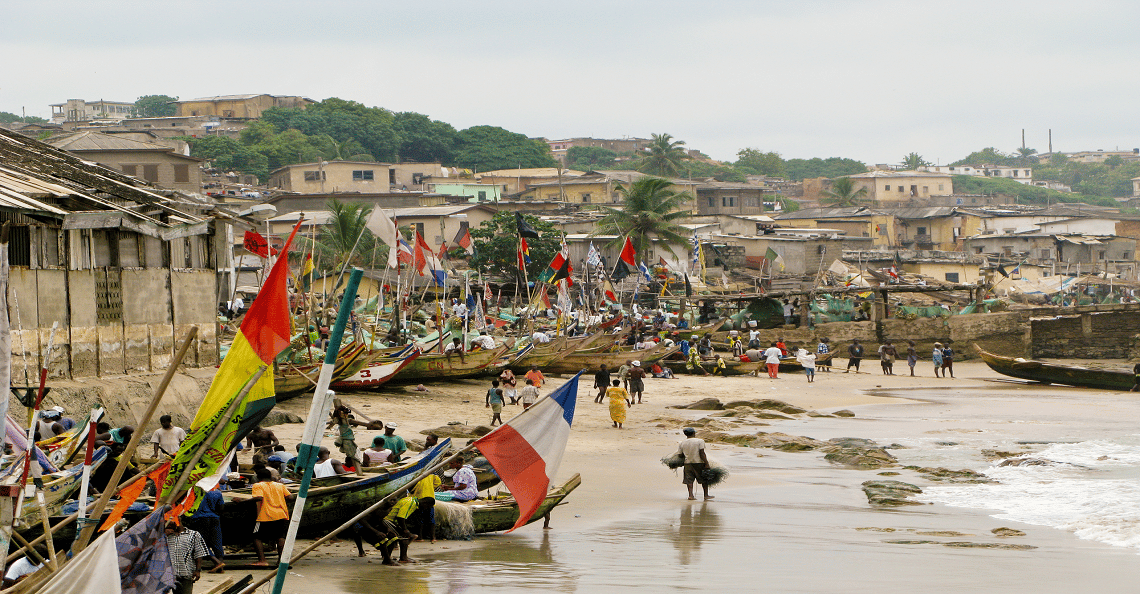 Ghana wants to use its gold to pay for oil and other essentials the country needs to function. And it is hard to blame them. However, by converting the Ghanaian Cedi‘s local currency into U.S. Dollars and then buying what they need, the country’s foreign currency reserves are being depleted. Furthermore, U.S. dollar strength or Cedi weakness are making it totally unmanageable for Ghana. The world is being reminded that gold is money; and poor nations, rich in natural resources may continue to turn away from dollars and U.S. influence.

Note: The Cedi has lost more than 70% against the U.S. dollar this year, falling to an all-time low against the greenback.

This is the consequence of the Fed defending the dollar to destroy inflation. As a result, foreign people may starve as food and energy costs explode in their weakening currency. But Ghana is not alone; several countries, even wealthy ones, are scared to look at their balance sheets as the U.S. dollar continues to surge amidst global uncertainty and higher U.S. interest rates.

So, it should come as little surprise a U.N. agency is basically begging the Federal Reserve to stop hiking rates. In U.N. Calls On Fed, Other Central Banks to Halt Interest-Rate Increases, Paul Hannon writes,

“UNCTAD estimated that the Fed’s rate increases so far this year would reduce poor countries’ economic output by $360 billion over three years, and further policy tightening would do additional harm.”

UNCTAD Secretary-General Rebeca Grynspan said “We have the tools to calm inflation and support all vulnerable groups. But the current course of action is hurting the most vulnerable, especially in developing countries and risks tipping the world into a global recession.”

The Fed’s next expected rate hike will likely come at its December 14th meeting. However, the size of the hike will depend on November’s inflation data, which is due out in early December.

Every Nation for Themselves, as Natural Resources Become Paramount

Now, with the U.S. dollar elevated and global commodities priced in dollars, countries with commodities are asking themselves: when my country is producing and selling a commodity, shouldn’t I be able to ask to be paid in my currency or whatever I want? We saw this with Russia demanding rubles for its oil. We’ve seen it with Saudis considering taking Yuan instead of dollars for its oil. And, we will keep seeing it as countries reposition and strengthen their affairs as inflation and a global recession ravage the unprepared. Ghana is just the latest nation searching for a way to escape the pain of a rising U.S. dollar. The easiest way for resource-rich countries will be to leverage the current domestic production.

Finally, the U.S. has a relatively high birth rate compared to other western nations and is a young country compared with much of Asia and Europe. For example, in the late 1970s, China’s medium age was 21.5 years; it is now nearly 40 – higher than the U.S. For America, saving faith in its currency and paying down its debt is possible because of so many millions of Millenials (roughly 80 million in the U.S.) and Gen Zs (approximately 90 million in the U.S.). America will have another boom in five years when Gen Zs come of age. In Europe and places like Japan and China, the birth rate has lagged for decades, leaving aging populations vulnerable and dependent on low rates.

Nations like Ghana squirming under the weight of a collapsing currency and a world dominated by the U.S. dollar is a symptom of the status quo. Revolts of this nature will continue as the world moves towards a less-centric-dollar-denominated reality. It’s not that the dollar’s days as the world reserve currency are numbered, but that the game’s rules have changed. A stark reality is emerging: natural resources are what every nation needs, not U.S. dollars.