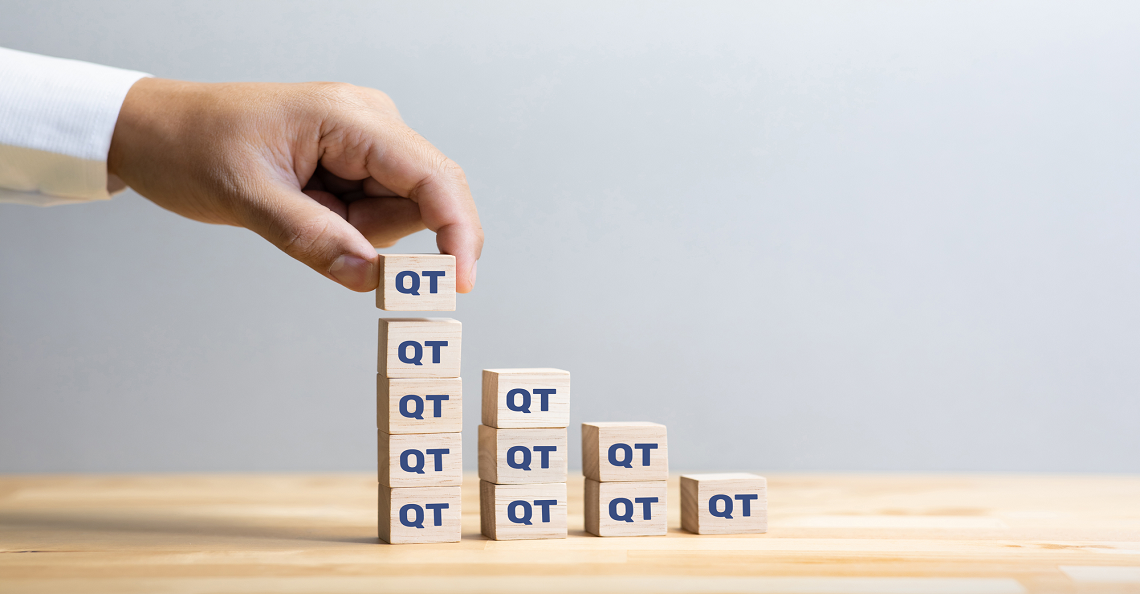 The Fed’s balance sheet is the key to market liquidity and performance. When it shrinks, the market and liquidity decline; when it expands, the opposite happens. So while the pandemic ushered in the greatest experiment of quantitative easing or QE in world history, we are now in a world of quantitative tightening or QT – designed to crush the global phenomenon of ‘too high’ inflation.

So, can we, investors, do anything but watch equities and asset values (like homes) depreciate as QT takes a wrecking ball to our net worth? Just yesterday it was reported that Canadians lost $500 billion in net worth in Q3 alone!

First, let’s clearly outline the correlation between the Fed’s expansionary monetary policy and market performance. Once we understand this relationship, we can contemplate the way forward.

So, the above proves the correlation: less liquidity equals less value for equities. But now with Fed’s balance sheet and almost all liquidity metrics turning down – what will stop asset price capitulation?

“All but one of the firm’s 14 monetary/liquidity indicators, such as loan demand and Treasury yield curve, are rated negative. One gauge, known as Marshallian K that tracks the gap in rates of growth in money supply and gross domestic product, fell in September to a four-decade low.”

So, why doesn’t the Fed solely rely on raising interest rates to tame inflation? Why risk sending the markets and the economy into a tailspin by removing the liquidity the market so desperately needs? And, what will happen if the Fed continues down its QT path? Apparently, Jerome Powell isn’t even sure.

From the Federal Reserve Bank of Richmond website, Tim Sablik explains in The Fed Is Shrinking Its Balance Sheet. What Does That Mean?

“At a press conference on May 4 following the Fed’s announcement that it would begin QT in June, Fed Chair Jerome Powell offered, “I would just stress how uncertain the effect is of shrinking the balance sheet.”

The Fed believes higher rates will reduce inflation, but there is a more insidious reason. For much of the past 14 years, debtors have been winning. First, low rates and moderate and even elevated inflation helped erode debt. But, with mortgage rates at the highest levels in more than 20 years, many debtors, especially those with variable rates, are being crushed by soaring borrowing costs. But households aren’t the only ones feeling the heat.

Tim Sablik explains in The Fed Is Shrinking Its Balance Sheet. What Does That Mean?

“By purchasing longer-term assets, the Fed opens itself up to interest rate risk. When it raises the interest it pays on reserves as part of tightening monetary policy, the Fed risks having to pay out more on its liabilities than it earns on its assets because rates on its liabilities will be rising while rates on its assets remain largely fixed…”

The truth is the Fed is playing with fire. The Federal Reserve and the U.S. Treasury have trillions in short-term liabilities directly impacted by higher interest rates. The only reason interest on the debt has remained manageable from a percentage of budget standpoint is the low rates. With that advantage gone, the Fed needs to unwind some debt or face higher carrying costs. Now, it’s $95 billion per month QT program begins to make sense. The Federal budget cannot stand higher rates. As capital gains and tax revenues from income decline due to the recession, interest payments will soar – ultimately costing the Fed hundreds of billions in additional interest annually. If tax revenue implodes due to a dramatic recession budget deficits will soar, further compounding the Fed’s debt problem.

How Long Can the Fed Keep the Pressure Up?

So, with the Fed set to raise rates by another 50 basis points tomorrow, expect economic data to continue to worsen. As it worsens and liquidity is withdrawn from the system, valuations will continue to fall. The only real question is: how long can the Fed keep it going before the economy implodes? Short answer: not long. Maybe a few more quarters.

The Fed needs quantitative tightening to reduce its own interest rate exposure; but, if the economy tanks it will be forced to drop rates and resume quantitative easing. There are no easy outs for the Fed at this stage. It needs inflation, but not too much and it desperately needs to avoid an economic crisis in the coming years.

Remember, the Fed’s balance sheet was clean before the 2008 crisis and sat around $600 billion. After peaking at nearly $9 trillion earlier this year, the Fed will need a miracle to get it back to even $5 or $6 trillion. In 2019, the Fed gave up before the pandemic hit. It began expanding its balance sheet via QE in 2019 prior to the onset of the pandemic. If inflation continues to decrease (7.1% in November), some wiggle room may present itself. A crisis can come from anywhere, be it an escalation of the war in Europe or another pandemic. Regardless, the Fed’s balance sheet has been the most excellent forecaster of equity valuations since 2008. I will be keeping a close eye on it as we head into 2023.