– Trenching work will inform the drill program and mine planning on the Bell Hill site.

– The work will seek to determine upper pipe dimensions and grade for the fluorspar showings.

– Permitting and approval for trenching and drilling work obtained.

Ares Strategic Mining Inc. (“Ares” or the “Company”) (TSXV:ARS) (OTC:ARSMF) (FRA:N8I1), is pleased to announce advancement to the next phase of exploration at the Company’s second anticipated mining site.

While continuing its development on its industrial site, rail spurs, mining site, and while waiting on plant deliveries, Ares has continued its exploration work at Bell Hill, a second potential mine site. Ares has expanded its geological team to undertake detailed mapping and sampling of the entire Spor Mountain range and refine target definitions in advance of drilling efforts intended to delineate additional mineral resources. This exploration work was accelerated on the Bell Hill claims so a mine plan for the area can be established sooner. Figure 1 demonstrates the anticipated trenching designed by the geology team. 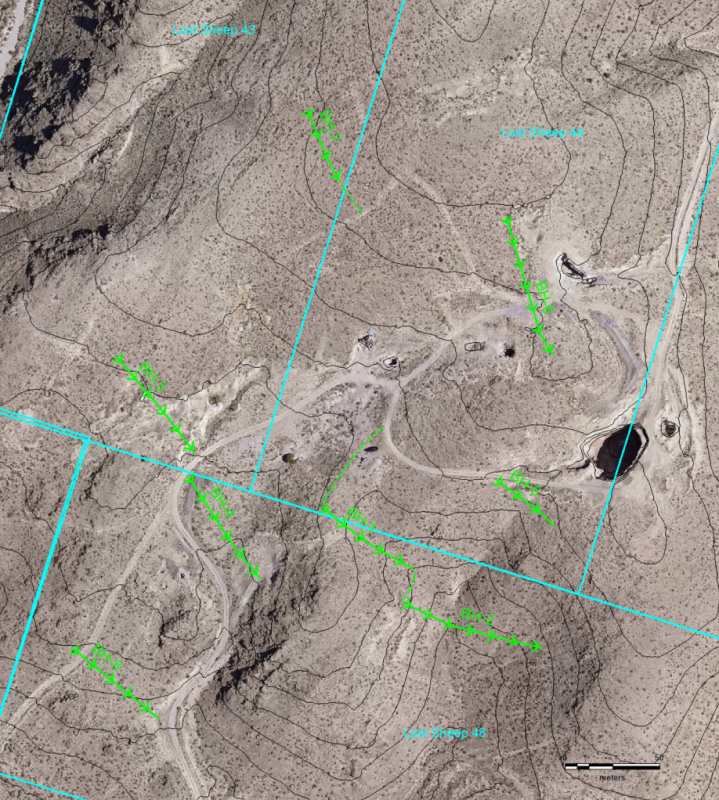 The Company has also received permits and permission from the Utah Department of Natural Resources to start trenching and drilling work on the Bell Hill area, the Company’s anticipated secondary future mine site and high-priority target. Bell Hill is host of the recently identified large geophysical anomalies (See company’s Press Release May 10 th , 2021), which indicates the geophysical anomalies correlate at depth with fluorspar breccia pipes observed at surface.

James Walker, President and CEO of the Company said, “The recent geological work done on the Bell Hill has been hugely encouraging, advancing quickly from mapping, to successfully identifying multiple fluorspar showings at surface, to identifying large geophysical anomalies at these sites using geophysics, and quickly advancing to trenching. Being a Critical Mineral, and the only permitted fluorspar mine in the country, has meant faster approval and permitting permission for work at new sites, which is incredibly advantageous for the Company, and for our future operations on the Spor Mountain. We intend to continue to accelerate development of the Bell Hill area, especially after all the positive results so far obtained.”