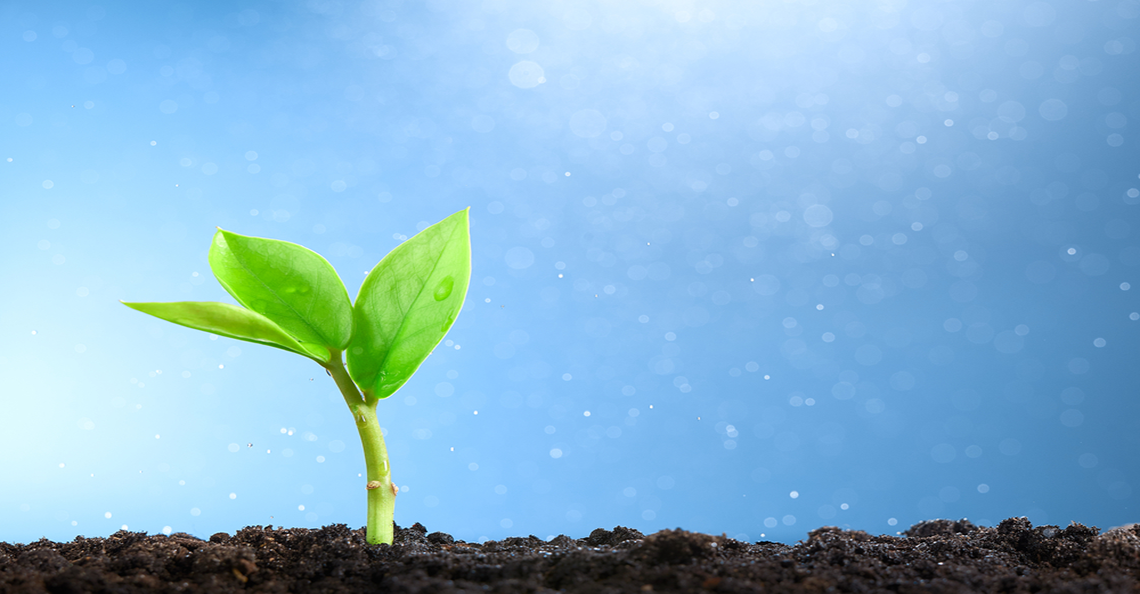 Some analysts are now warning of an impending supply shortage of cobalt. Strange, considering that only three years ago, the market was flooded with so much cobalt that the metal’s price plunged by about 70% between 2018 and 2019 — see the Trading Economics chart below for details.

However, note that since the beginning of the year, the price of cobalt has been running hot. It has increased by about 63% year-to-date and roughly 88% year-over-year. So, what’s behind the metal’s price surge? Electric vehicles.

EV Demand and the Price of Cobalt

Cobalt is primarily used in lithium-ion batteries, which power portable electronics and electric vehicles. The United States Geological Survey (USGS) estimates that the Democratic Republic of Congo (DRC) supplied about 70% of the world’s cobalt mine production in 2020. The DRC has dominated cobalt production for decades as illustrated in the Statista chart below. 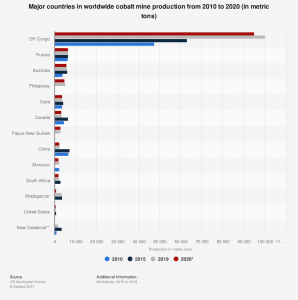 With big expectations of an EV boom, the price of cobalt went soaring to an all-time high in March of 2018. But the EV rollout didn’t occur as swiftly as forecasted globally, leaving the market with a huge cobalt surplus that triggered a momentous collapse in the metal’s price — dropping from ~US$95,250 per tonne to ~US$26,000 per tonne in 16 months.

However, in January, the price of cobalt began to pick up again, stemming, once more, from strong EV demand forecasts.

But how is this any different from what we saw in 2016/2017? Today, there’s a hint of better control of the DRC’s cobalt supply.

According to the USGS,

“With the exception of production in Morocco and artisanally mined cobalt in Congo (Kinshasa), most cobalt is mined as a byproduct of copper or nickel”

As a byproduct, it is tough for cobalt supply to respond directly to market demand and prices. Being at the mercy of copper and nickel mining introduces more complexity for cobalt producers trying to preserve the market dynamics of the other two metals.

Artisanal miners in the DRC – who account for about 20% of the country’s total cobalt production – don’t have the debacle mentioned above. They are able to extract cobalt ores directly from the mines and make them available for purchase. In fact, the bull market that cobalt saw in 2017/2018 generated such a massive increase in artisanal mining in the DRC that cobalt supply went through the roof relative to demand.

Earlier this year, as an attempt to avoid flooding the market again, the DRC set up the Entreprise Generale du Cobalt (EGC) to take control of the Congo’s artisanal cobalt sector. Reuters reported in March that Albert Yuma, chairman of the newly-formed EGC, stated that,

“From now on all Congolese artisanal cobalt will be bought by EGC, processed by EGC, and marketed by EGC”

With hundreds of thousands of artisanal miners in the DRC, the EGC’s mandate sounds like a pretty tall order. But if successful, it will bring much needed supply management to the world’s largest cobalt supplier. As Andy Home put it in his Reuters article two months ago,

“The formalisation of artisanal cobalt cooperatives should allow for more production discipline. EGC expects to hold output steady as it concentrates on the integration of up to 200,000 potentially wary miners.”

In their Reuters article from two weeks ago, Pratima Desai and Mai Nguyen presented the chart below, indicating that cobalt is expected to see continued increase in demand for the next few years, not just from EVs but across the electronics industry.

That said, it is worth noting that EV manufacturers are actively trying to cut production costs by transitioning away from batteries that use cobalt.

At this year’s Consumer Electronics Show, General Motors unveiled its new Ultium battery which uses about 70% less cobalt than current batteries. And in September 2020, Tesla announced that it will start making EVs with cobalt-free batteries.

So, with the EV boost to cobalt prices likely to cool down over the next 2-3 years, it seems reasonable to expect cobalt’s current price run to last just as long.

Moreover, with new supply controls being put into place in the DRC, the price of cobalt should sustain its upwards momentum until the metal naturally succumbs to the imminent decline in demand — unless somewhere down the line, in a familiar turn of events, cobalt becomes the next Cinderella of metals.