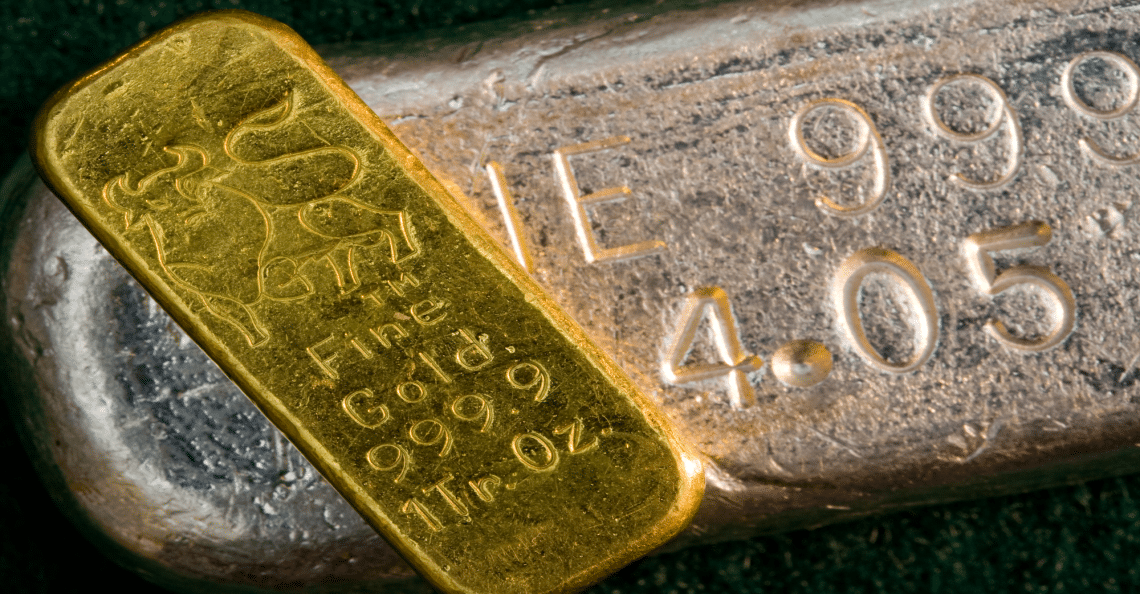 A hawkish FED and rate hikes were supposed to be bad for gold’s price. Instead bullish gold trades are looking good as the metal closed above $1,340 an ounce Tuesday.

We all remember the story: higher interest rates drive investors away from gold, because it offers no yield. It seems to make sense, except that over the last six rate rise cycles in the US, gold’s price has risen in US Dollar terms.

So says investment bank Goldman Sachs in a recent note, wherein they also say they are bullish on the gold price.

This is not a normal view for the bank, who usually avoids going anywhere near the yellow metal. In their recent gold boosting missive Goldman outlines a view that separates the gold price from rising rates. The firm still sees the FED hiking at least four more times before this cycle comes to an end.

His view sees the emerging trade tussle between US and China driving demand for gold, as a form of safe haven. There is little doubt that there will be escalation in the spat, given China included soybeans on its new list of US imports that will be subject to higher tariffs.

Rick Rule sees gold trading higher into the mid USD 1400/oz range, and he sees confidence in the US Dollar becoming an important factor in the gold trade going forward.

This is not the first time in modern history that rising rates have not curbed commodity prices. During the 1970’s rates rose while commodities and inflation exploded upward. Paul Volcker finally put the brakes on stagflation, but it took rates more than 10% to do so.

Another Reason to be Bullish Gold

The reason why rates and commodities exploded higher in the 1970’s had a lot to do with ‘made up money’, AKA fiat currency.

In the wake of Nixon’s move to slam the gold window shut on de Gaulle’s demand for payment, the last anchor for modern money was cut loose. This happened in 1971, and the move in gold’s price from USD 35/oz in 1971 to a peak of USD 850/oz in 1980 was a very public outcry against highly experimental monetary policy.

Today the stage is set for a similar move, though the global financial terrain is very different. China is working towards normalizing its currency, the Yuan, and it is using the oil market to do so.

Over the last two weeks a new contract for crude oil, traded in Yuan, has become a reality. It did more volume than Brent on its first day, and has come with a gaggle of questions.

The most prescient is:

Will China allow counter-parties in its oil market to take delivery of physical gold in exchange for Yuan.

The capacity for commodity trading partners to realize gold in physical form, at market price, would establish the first modern gold standard since 1971. Even if it were only for commodity-rich nations that trade with China, that would be something indeed.

Needless to say, if gold did become monetized again, especially with the world’s largest manufacturing nation, the bullishness that Rick Rule and Goldman Sachs have shown could look quite modest in retrospect. Finally, watch Where is Gold Going in 2018? – Ultimate Gold Panel to listen to Rick Rule, Jim Rickards and Peter Hug discuss where gold might be heading in 2018.