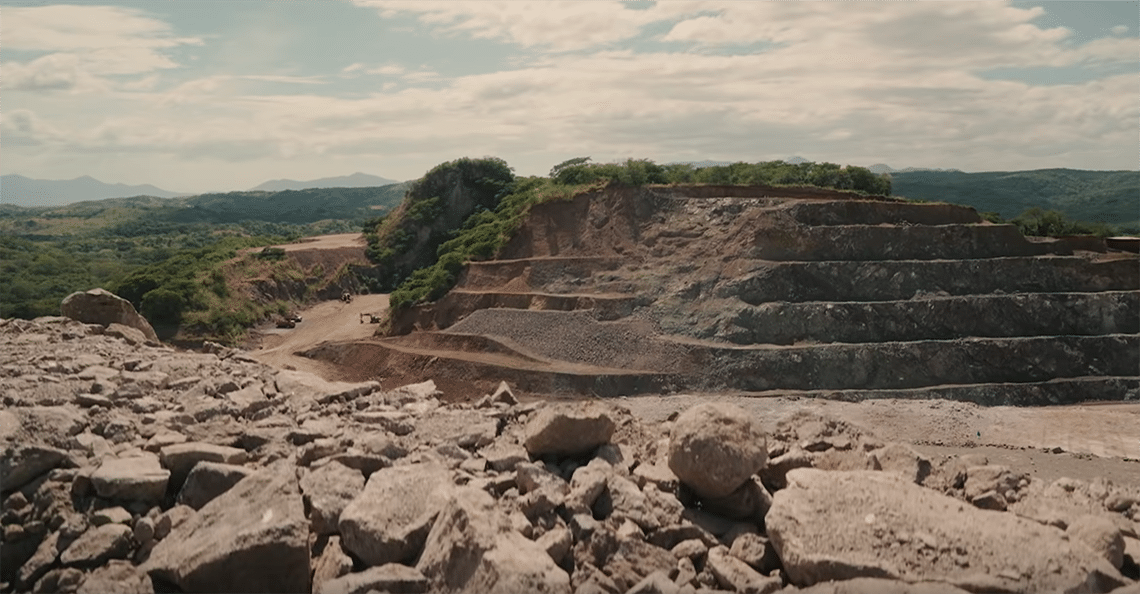 Russell Ball, CEO of Calibre stated: “Since closing the transaction with B2Gold in October 2019, I am very pleased with the team’s accomplishments including delivering on guidance with production of 33,506 ounces at AISC of $959/oz.  We continue to see opportunities for improved efficiencies as we integrate the two operations to maximize the value from our combined asset base.

Our drilling program was accelerated in February 2020, with six drill rigs now active at La Libertad and El Limon.  Recently released drilling results strengthen our belief in the resource expansion and discovery potential at La Libertad, the Amalia prospect and El Limon, which have produced over 5.2 million ounces of gold.

Our goals for 2020 are to continue to optimize and integrate our operations, deliver on 2020 production and cost guidance and exit the year debt free and with a robust treasury.”

2.      Consolidated financial and operational information for Q4 2019 and 2019 includes the results from El Limon and La Libertad for the period from October 15, 2019 to December 31, 2019.  Prior to October 15, 2019, Calibre was an exploration stage company with no gold production or gold sales.

3.      Cost of sales includes a write up of $8.4 million, and consequently a reduction of mine operating income of the same amount, related to the valuation of metal inventory acquired on the purchase of the Nicaragua Assets on October 15, 2019, which was expensed during the period ended December 31, 2019.

Cost of sales (including depreciation) was $23.6 million.  Included in cost of sales is $5.9 million related to the write-up of inventory to fair value related to purchase price accounting.  Total Cash Costs1 and AISC1 were $887 and $928 per ounce, respectively, with the Company delivering below its AISC guidance of between $950 and $990 per ounce.  Mine operating income was $3.7 million and cash flows from operations were $13.2 million.

Cost of sales (including depreciation) was $20.9 million.  Included in cost of sales is $2.5 million related to the write-up of inventory to fair value related to purchase price accounting.  Total Cash Costs1 and AISC1 were $847 and $889, respectively, below guidance of AISC of between $930 and $960 per ounce.   Mine operating income was $9.6 million and cash flows from operations were $11.3 million.

The following operational results are for the period beginning October 15, 2019 until December 31, 2019:

While mining at LC Phase 1 continues, a large stripping campaign for LC Phase 2 has been on-going with approximately 3.2 million tonnes of waste material mined during the period from October 15, 2019 to December 31, 2019.  The campaign will continue at LC Phase 2 with the plan of exposing and milling LC Phase 2 ore in the second half of 2020.  In addition, development of the Veta Nueva underground mine is ongoing and will continue in 2020.

As disclosed on November 21, 2019 and on January 14, 2020, Calibre suspended blasting activities at its Jabali underground mine as artisanal mining activities have caused localized ground instability impacting approximately 20 households, several hundred metres from the Jabali underground mine.  The government is well advanced with its negotiations, a relocation site has been identified, preliminary plans and relocation compensation have been presented, and regular discussions continue. Currently, Calibre anticipates recommencing operations during the third quarter of 2020.

Despite the hiatus of activities at Jabali underground, La Libertad achieved gold production of 18,066 ounces, within guidance of between 17,000 and 20,000 ounces (announced on October 21, 2019), demonstrating the value in having a portfolio of assets.

With favorable in-country transportation costs, 2.7 million tonnes of installed annual mill capacity between the two properties, reliable infrastructure, Calibre we will continue to evaluate the opportunity to optimize our consolidated mine and process plans as we look to develop a “hub and spoke” approach to maximizing value from our combined Nicaraguan asset base.

On December 4, 2019, the Company announced 2020 production and cost guidance, as outlined below:

The Company expects to invest approximately $13 million to expand existing resources through near-mine resource delineation and discovery drilling (heavily focused at La Libertad), and $5 million on development at Pavon.  The Company will continue to advance Pavon, with a planned 10,000 metre drilling program in 2020 while progressing the permitting process, environmental impact assessment (“EIA”), mine development and mine engineering.

In 2020, the Company expects to continue advancing cost saving opportunities, as well as optimizing and improving production efficiencies at El Limon and La Libertad.  This will include managing the mines as integrated operations through implementing “hub-and-spoke” approach, rather than as stand-alone entities, reviewing supply chain synergies and optimizing contracted services.  With the focus on higher margin ounces, Calibre will continue to pursue opportunities to haul higher grade ore mined from various sources, including Pavon, given the favorable in-country infrastructure and haulage costs and surplus processing capacity at the La Libertad mill.

Management will be hosting a conference call to discuss the 2019 results and outlook for 2020:

Presentation slides which accompany the conference call can be accessed at www.calibremining.com under the “Investors and Presentations” section of the Calibre website (link here).

Darren Hall, MAusIMM, SVP & Chief Operating Officer, Calibre Mining Corp. is a “qualified person” as set out under NI 43-101 has reviewed and approved the scientific and technical information in this press release.

ON BEHALF OF THE BOARD

Calibre Mining is a Canadian-listed gold mining and exploration company with two 100%-owned operating gold mines in Nicaragua. The Company is focused on sustainable operating performance and a disciplined approach to growth.

Forward-looking statements necessarily involve assumptions, risks and uncertainties, certain of which are beyond Calibre’s control, including risks associated with or related to: the volatility of metal prices; changes in tax laws; the dangers inherent in exploration, development and mining activities; the uncertainty of reserve and resource estimates; cost or other estimates; actual production, development plans and costs differing materially from the Company’s expectations; the ability to obtain and maintain any necessary permits, consents or authorizations required for mining activities; the current ongoing instability in Nicaragua and the ramifications thereof; environmental regulations or hazards and compliance with complex regulations associated with mining activities; the availability of financing and debt activities, including potential restrictions imposed on Calibre’s operations as a result thereof and the ability to generate sufficient cash flows; remote operations and the availability of adequate infrastructure; fluctuations in price and availability of energy and other inputs necessary for mining operations; shortages or cost increases in necessary equipment, supplies and labour; the reliance upon contractors, third parties and joint venture partners; the dependence on key personnel and the ability to attract and retain skilled personnel; the risk of an uninsurable or uninsured loss; adverse climate and weather conditions; litigation risk; competition with other mining companies; community support for Calibre’s operations, including risks related to strikes and the halting of such operations from time to time; finding an amicable resolution with the households affected by the instability issues at La Libertad; conflicts with small scale miners; failures of information systems or information security threats; compliance with anti-corruption laws, and sanctions or other similar measures. The list is not exhaustive of the factors that may affect Calibre’s forward-looking statements.

The Company believes that investors use certain non-IFRS measures as indicators to assess gold mining companies, specifically Total Cash Costs per Ounce and All-In Sustaining Cash Costs per Ounce. In the gold mining industry, these are common performance measures but do not have any standardized meaning. The Company believes that, in addition to conventional measures prepared in accordance with IFRS, certain investors use this information to evaluate the Company’s performance and ability to generate cash flow. Accordingly, it is intended to provide additional information and should not be considered in isolation or as a substitute for measures of performance prepared in accordance with IFRS.

Total Cash Costs per Ounce of Gold (“Total Cash Costs”): Total Cash Costs include mine site operating costs such as mining, processing and local administrative costs (including stock-based compensation related to mine operations), royalties, production taxes, mine standby costs and current inventory write-downs, if any.  Production costs are exclusive of depreciation and depletion, reclamation, capital and exploration costs.  Total Cash Costs are net of by-product silver sales and are divided by gold ounces sold to arrive at a per ounce figure.  For the period ended December 31, 2019, Total Cash Costs includes an adjustment for the purchase price allocation that represents the impact on production costs of the valuation of metal inventory acquired with the business combination on the purchase of the El Limon and La Libertad mines.

All-In Sustaining Costs per Ounce of Gold (“AISC”):  AISC is a performance measure that reflects the expenditures that are required to produce an ounce of gold from current operations.  While there is no standardized meaning of the measure across the industry, the Company’s definition is derived from the definition, as set out by the World Gold Council in its guidance dated June 27, 2013 and November 16, 2018, respectively.  The World Gold Council is a non-regulatory, non-profit organization established in 1987 whose members include global senior mining companies.  The Company believes that this measure is useful to external users in assessing operating performance and the ability to generate free cash flow from operations.

Calibre defines AISC as the sum of Total Cash Costs, sustaining capital (capital required to maintain current operations at existing production levels), corporate general and administrative expenses, in-mine exploration expenses, amortization of asset retirement costs and rehabilitation accretion related to current operations.  AISC excludes capital expenditures for significant improvements at existing operations deemed to be expansionary in nature, exploration and evaluation related to growth projects, rehabilitation accretion not related to current operations, financing costs, debt repayments, and taxes.  Total AISC is divided by gold ounces sold to arrive at a per ounce figure.  For the period ended December 31, 2019, AISC includes an adjustment for the purchase price allocation that represents the impact on production costs of the valuation of metal inventory acquired with the business combination on the purchase of the El Limon and La Libertad mines.

Management believes that the presentation of adjusted net income (loss) and adjusted income (loss) per share is appropriate to provide additional information to investors regarding items that we do not expect to continue at the same level in the future or that management does not believe to be a reflection of the Company’s ongoing operating performance.  Management further believes that its presentation of these non-IFRS financial measures provide information that is useful to investors as they are important indicators of the strength of our operations and the performance of our core business. Accordingly, it is intended to provide additional information and should not be considered in isolation or as a substitute for measures of performance prepared in accordance with IFRS.  Other companies may calculate this measure differently.

Calibre Mining Corp. is a client and sponsor of Pinnacle Digest.