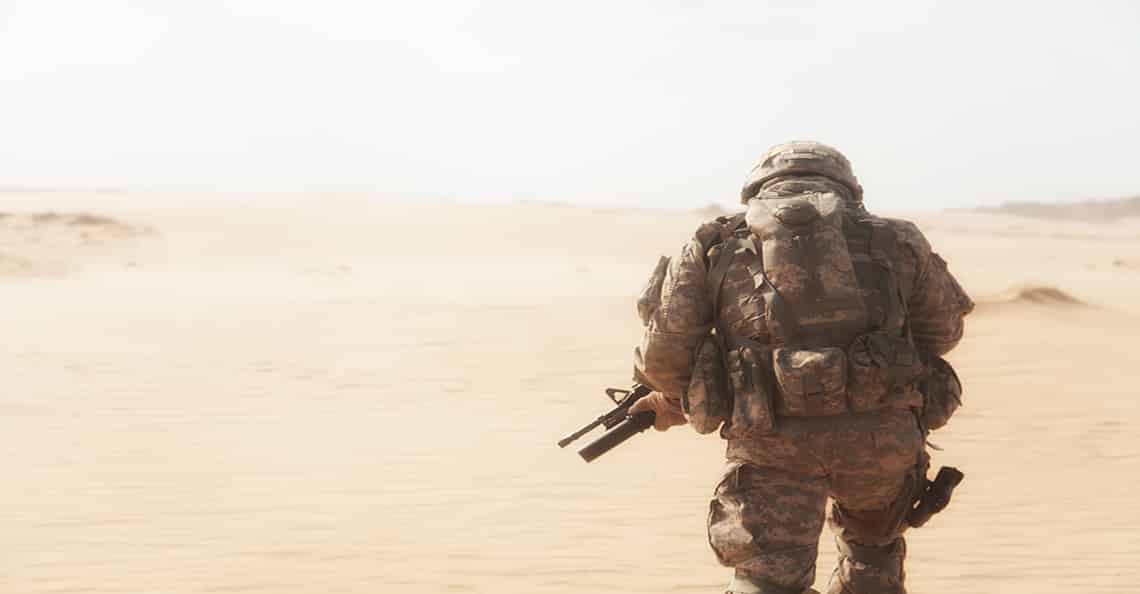 The world is rearming…

Russia’s continued advance in Ukraine is sending shivers down the collective spine of Western Europe — ushering in a new era of war-mongering and profiteering. And almost certainly, investors will now be on the lookout for well-positioned defense stocks.

In late February, Germany announced its largest rearmament since WWII, increasing its military budget to 100 billion euros — the third largest in the world, behind the U.S. and China.

Japan, meanwhile, is proposing to double its defense budget to around 103 billion USD, breaking restrictions imposed following WWII. All around the world, from Europe to Asia, tensions are rising, and governments are gearing up to spend big on defense.

But there is a more speculative alternative to buying defense stocks: defense metals and their related explorers and producers.

In The Top Eight Minerals that Support National Defense, an article from Minerals Make Life, the chosen few are listed: Copper is number one, followed by nickel, aluminum, molybdenum, silver, beryllium, uranium, and titanium.

Chances are you’ve heard of every metal on that list, except for maybe beryllium. What’s fascinating is that all eight aforementioned metals are found in relative abundance, except, you guessed it – beryllium.

Beryllium is one of the least known metals crucial to the defense sector. It’s six times stronger than steel, yet lighter than aluminum. There are no substitutes for specific applications of beryllium.

“This metal’s lightweight properties make it the perfect material to enhance the speed of fighter jets. Beryllium is also an excellent heat conductor, making it a critical component of U.S. surveillance technology.”

If beryllium were widely produced in many countries, there wouldn’t be much of a story here. But last year, more than 90% of all beryllium mine production came from just two places: the U.S. and China.

As these two titans struggle for world hegemony, the control of beryllium may become increasingly vital.

Beryllium Production on the Rise in China

In recent years, China has quietly (but rapidly) increased production of the strategic metal — and no one seems to be writing about this.

Flashforward to 2021, and in just seven years, U.S. production cratered, while China’s more than tripled, closing the gap to within 100 tons.

The U.S. still maintains a significant lead in the beryllium space, led by long-time producer Materion Corporation. Materion explains the many uses for beryllium in this short video:

China Ramps Up Production of Other Key Defense Metals

China is, by far, the world’s largest producer of aluminum – producing almost ten times as much aluminum as second-place India.

In The Uneasy Alliance Between Aluminum and Warfare by Mimi Sheller from the MIT Press Reader, she explains,

“…during both World Wars I and II, about 90 percent of U.S. aluminum production went into military uses; the metal remains essential to many components of modern warfare.”

“The Navy’s destroyer-conversion program used 200,000 to 700,000 pounds of aluminum per ship in order to reduce the weight of deckhouses by up to 50 percent; whereas aircraft carriers use millions of pounds of it.”

“So long as aluminum is crucial to the destructive capacities of warfare, no amount of greenwashing can hide its national military strategic significance and geopolitical importance.”

“The biggest steel producing country is currently China, which accounted for 57% of world steel production in 2020. In 2020, China became the first country to produce over one billion tons of steel.”

In addition to its military applications, Molybdenum alloys, which are resistant to heat and corrosion, are also used to strengthen steel.

China Passes the U.S. and DRC in Copper Production

With respect to copper, China has wiggled its way into third place globally, boasting roughly 1.9 million tonnes of production, vs. the U.S.’ 1.3 million tonnes in 2021.

Regarding 4th place DRC, China has a firm grip on its natural resources. China’s mining companies control much of the cobalt (essential to the EV movement) and copper production in the country. The DRC is the world’s largest cobalt producer, accounting for over 2/3 of the global output.

The two countries signed an infrastructure-for-minerals deal in 2008 worth roughly US$6 billion.

“The draft, seen by Reuters, describes the deal that was first signed in 2008 as “unconscionable” and urges Congo’s government to cancel an amendment signed secretly in 2017 that sped up payments to Chinese mining investors and slowed reimbursements of investment in infrastructure.”

The U.S. did deals like that for decades in South America, which are exposed and articulated in an entertaining way in Confessions of an Economic Hit Man.

Note: Silver is used in several weapons, including missiles and navigation systems.

Like aluminum and molybdenum, China is the world’s largest producer, by far, of titanium.

Note: According to Statista,

“Chinese mine production of ilmenite reached about three million metric tons of titanium dioxide content in that year, three times the production of South Africa, the country ranked second in titanium mineral production.”

At first glance, it appears the one commodity China doesn’t have a stranglehold on is uranium. But then you ask yourself, isn’t Kazakhstan near China?

Kazakhstan Borders China to the Northwest

According to The Diplomat’s Gregory Xanthos’ With Kazatomprom Deal, China Secures Nuclear Fuel Supply and Enhances Ties With Kazakhstan,

“China and Kazakhstan’s proximity and shared border will facilitate overland supply by railroad, avoiding foreign jurisdictions and the potential security risks posed by transporting uranium through them.”

China is one of the country’s largest buyers, and they even have a joint China-Kazakhstan venture to begin nuclear fuel production. If that wasn’t enough, Uzbekistan (the world’s 5th largest uranium producer), which lies just to the south of Kazakhstan, continues to deepen its ties with Beijing.

In the Spring, Uzbekistan presented its “Strategies for the Development of New Uzbekistan for 2022-2026” in Beijing.

Lastly, we have nickel, used predominantly in stainless steel but also with military applications. China is only the world’s seventh largest producer of this metal.

China Can No Longer Count on Indonesian Nickel

In a sign of the times, and increasing tensions, China’s days of relying on Indonesia for nickel may be numbered. According to a Mining.com article, China hurt most by Indonesia’s move to keep nickel at home (posted by Bloomberg News),

“Indonesia has played a key role in global markets as a bulk materials supplier, but President Joko Widodo has pledged to eventually stop exports of all raw commodities to turn the country into a major manufacturing hub for electric transportation.”

“The core concern for Chinese industries is their reliance on Indonesia for supply of ferronickel, a semi-refined product used to make stainless steel. The country gets about 84% of its imports from Indonesia…”

Geopolitical tension has a way of strengthening alliances and, right now, China needs Russia more than ever. If U.S. and European sanctions on Russian exports persist, expect a sharp increase in Russian nickel exports to China.

So, militarily speaking, China has it covered…or so it seems. It controls its destiny from beryllium to uranium, silver, and titanium. The only metals or minerals it doesn’t lead world production in, it can source in abundance from neighbors Kazakhstan (uranium) and Russia (nickel and uranium).

For investors, understanding the beryllium market and its concentration in the U.S. and China may prove valuable in the years ahead. So, when you hear beryllium, think military… and remember, there are no substitutes.