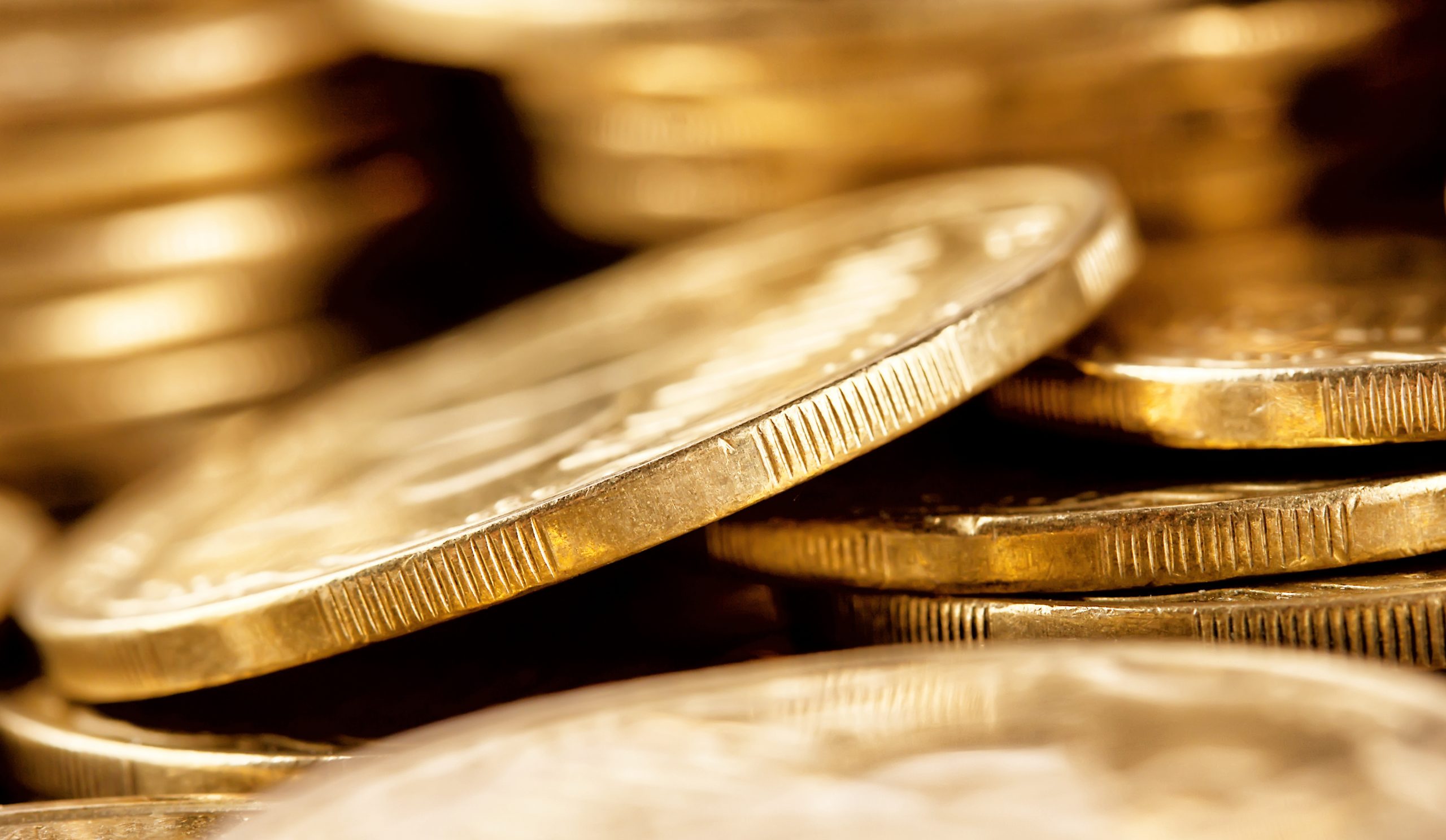 We confirmed the renewed gold bull market in the first week of March (3 Reasons Gold Bull is Back) by stating:

“The secular gold bull market that has been lingering in a cyclical bear market for the past 4-and-a-half years is back.”

Since then, virtually every active gold stock on the TSX Venture has more than doubled. Many have gone up 5 or 6 times in value…

On a global level, gold remains one of the best performing assets in 2016 while the Venture is the top performing exchange in the world – up over 80% from its January low. We called the continued rally in the Venture as well, predicting in an April podcast the exchange would rally through the summer. With gold fueling the rise of the Venture, the question now is: how high will gold go?

History has proven that gold bull markets tend to last between three and four years. Check out the below chart, prepared on August 5th, 2016, by Jordan Roy-Byrne of The Daily Gold. The blue line represents the average of the two strongest gold bulls we’ve seen in the last 40 years, whereas the red line represents the average of all four past bull markets…

The black line above which trails out to August 2016 represents the beginning of the bull market that commenced in December 2015. Thus far, the current gold bull has almost mirrored the red line – pretty average as far as gold bull markets go… and very early.

If today’s bull market lasts the average of the previous four bull markets, dating back to the early 70s and up until the most recent bull which ended in 2011, we should have at least 18 months of upside remaining. If we are at the beginning of the largest gold bull market in recent history, which some experts believe given central banks have created more than $10 trillion in new capital, combined with the rise of hundreds of millions of Chinese and Indian buyers that did not exist in the bull markets of the 70s, the odds the current rally could be stronger and last longer than previous ones are high.

Our point is simply that gold bull markets don’t typically last months. They continue for years.

Gold Investment Demand Surpasses Jewellery for the First Time Ever

The World Gold Council released data on Thursday confirming investment demand for gold is at a record high. Investment demand surged to 1,064 tonnes between January and June, up 16% from the previous half-year record printed in 2009.

“…for the first time on record, investment has been the largest component of gold demand for two consecutive quarters. And this has been in no small part due to demand from Western investors across the spectrum, from retail to institutional and for bars, coins and ETFs.”

“Smaller-scale investors have been very much in evidence in many Western markets: demand for US gold Eagle coins has jumped 84% so far this year.”

Keep in mind, the previous record was set at the peak of the financial crisis, back in 2009. Markets, including the S&P 500 and TSX Venture, were at generational lows in early-2009. Today, U.S. markets are at all-time highs.

Inflows into gold-backed ETFs, which we first identified as a key reason the gold bull market was back in March of this year, were also confirmed to be the strongest on record for the first half of any year:

Perhaps the most bullish indicator of all is that this is transpiring at a time when general consumer and retail investor sentiment towards the precious metal remains subdued. This can be seen in the decline in jewellery purchases…

King World News reported, “There are still 39 percent fewer bulls than the peak in 2011…”

Technical indicators support the thesis of a continued rally for gold. The precious metal has risen roughly 25% thus far in 2016 and is among the best performing assets in the world. It continues to put in higher highs and higher lows.

Jim Wyckoff, a contributor to Kitco News, laid out gold’s technical analysis this past Wednesday:

James Stanley, Currency Analyst at DailyFX, added in an August 10th article that:

“Bullish trend continues with price action consolidating in a symmetrical-wedge near multi-year highs.”

Despite the fact we are firmly in a technical gold bull market, the metal itself is only up about $300 an ounce from its bear market lows of $1,050…

While gold is up about 25% in 2016, the TSX Venture is up nearly 60% almost solely because of junior gold explorers/miners…

Barrick had doubled by early April, the quality mid-tiers followed suit, and even many of the juniors began doubling and tripling in value towards the end of spring and early-summer.

As is the case in every bull market, many of these stocks will get ahead of their underlying fundamentals, but not yet…

The HUI Index is comprised of 16 of the largest gold miners in the world, including Barrick, Agnico Eagle and Alamos Gold. While the HUI traded in the $280 range last week, remember that it nearly touched $600 back in 2011. If gold goes to a new high ($600 gain from here), expect the HUI to at least double from current levels.

VanEck Vectors Junior Gold Miners ETF (GDXJ) is the closest thing to a junior gold stock weighted index; despite its largest allocations in stocks such as B2Gold, First Majestic Silver and Hecla Mining. The ETF has hugely outperformed even the HUI Gold Index thus far in 2016.

The GDXJ traded over $150 back in 2011 and may have a triple in it from here if gold breaks out to a new high.

Central Banks are Fueling Fear and the Gold Trade

Uncertainty and the proliferation of negative interest rates, combined with oceans of new money deployed by central banks, have driven asset classes such as stocks and bonds to all-time highs – unsustainable levels according to many prolific investors. Even legendary bond investor Bill Gross threw in the towel on bonds recently, urging clients to buy gold and real estate (two assets central banks have so far ignored). Bear in mind, Bill Gross is known as the ‘Bond King’…

Investors searching for security and yield are being forced into the safety of gold and other hard assets. The obvious weakness in the U.S. economy and key emerging markets such as China is hastening this movement away from fiat currencies…

Gold, once again, is emerging as the currency of last resort.

There is an old saying we have drawn on many times over the years: Nothing pays like discovery. Our biggest wins in the gold sector over the years have come from new discoveries made by companies we invested in. Overnight, stocks can triple and even quadruple in value based on high-grade assays from ground never previously drilled…

After years of minimal capital investment in the sector, which has resulted in barely any exploratory drilling since 2013, institutional capital is back to work in the gold sector. As a result, drills are turning on potential discovery holes – rewarding exploration plays along with their shareholders.

An example of this can be seen in Gold Standard Ventures’ (GSV:TSXV) drill results from last week.

The company put out assay results from the first three step out core holes on a recent discovery. Only 3 holes. Hundreds of millions have been added to Gold Standard’s market cap. It traded less than 200,000 shares on Friday August 5th and Monday August 8th. Since then, it has traded from a low of $1.86 on Monday to a high of $4.10 Thursday on over 7 million shares exchanging hands.

When drilling can move a market like this, one thing is for certain… we are in a gold bull market. Gold Standard’s market cap was flirting with $800 million on the TSX Venture Thursday… incredible considering it isn’t in production.

Another tell-tale sign the broader market is embracing the gold bull can be seen in the U.S. volume on Canadian-based explorers. Gold Standard, for instance, traded 11.1 million shares Thursday on the NYSE and over 20 million for the week – double what it traded in Canada.

After the brutal gold market years of 2012-2015, many Americans wrote off the sector almost entirely… this devastated liquidity for Canadian explorers.

Well, new gains have a funny way of making people forget old losses. Certain Canadian gold stocks have been garnering massive liquidity and interest from the American market; and if gold maintains its uptrend, volume will only increase. This is something to watch closely because if the TSX Venture is to head back to 1,500, and juniors are to receive max speculative value for their assets and new discoveries, American participation will have to play a large role as it did in 2010 and 2011. Canadian investment participation can only carry the market so far.

Speculative investing 101 says to follow the money. Well, the money is once again flowing into gold stocks at an alarming rate.

On July 21st, gold junior First Mining Finance announced it had increased its private placement from $16 million to $27 million. While First Mining is an outperformer led by an industry titan (Keith Neumeyer), these types of scenarios rarely take place outside a bull market. After trading as low as $0.25 in late-2015, First Mining’s shares touched a high of $1.30 recently. Its market cap now exceeds half a billion dollars.

Victoria Gold is another junior which has defied gravity in recent months. After hitting $0.80 per share in mid-July, the company announced on August 10th it would be conducting a $25 million bought deal financing at $0.65 per share. The company traded as low as $0.11 in late-2015.

A syndicate of underwriters, led by Raymond James, will be participating in the financing…

The institutions are stepping back into the junior gold sector as clients demand allocation within the space.

The crux of the situation is this: The average gold bull market lasts approximately three to four years. The current gold bull market is 6-months young. There will be pullbacks in the near-term, but the highs and hysteria lie ahead, not behind.

We have been actively searching for juniors that have discovery potential with management teams that have been bought out before. The season for buyouts is upon us as this bull market matures and drilling season ramps up as we head into the fall.