The most battered and beaten down exchange of them all, the TSX Venture is on the rebound. Unlike the TSX, Canada’s largest exchange, the TSX Venture has few oil and gas-related companies. Led by gold miners and explorers, the exchange is benefitting from the fact that more than half of its listed issuers are mining-related; and, as gold continues to trade above $1,700 an ounce, many junior explorers are catching a bid. The index rallied better than 5% in the final three days of trading this week.

Gold stocks are without question, leading the charge. The VanEck Vectors Junior Gold Miners (GDXJ) is now up more than 100% from its low below $20 on March 13th. While yet to make a new 52-week high, the index is on fire. 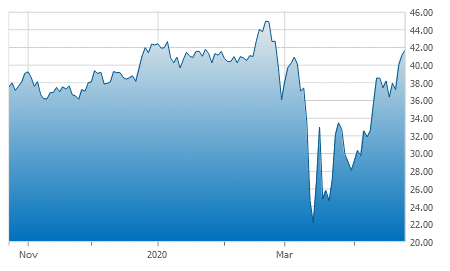 The GDXJ enjoyed its highest close in almost two months Friday. The ETF’s 52-week high is $46.42 – hit on February 24th. Opportunity in the market remains centered on gold stocks, as gold continues to firm up above $1,700 per ounce. While new investors may think gold stocks are already overvalued, a quick look at the historic chart says otherwise.

The GDXJ traded well above $150 per share for months during the gold boom of 2011 – more than triple its current level. Gold is less than $200 from its all-time high of about $1,900, but for junior miners to still be so depressed relative to gold highlights a potential opportunity. 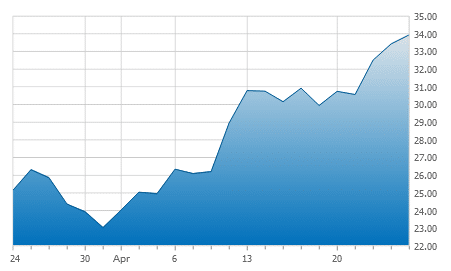 In the MiningStockEducation.com video above, the host interviews Dave Kranzler. The two get into the crazy oil price action of late and its impact on gold miners. Kranzler makes the same observation that gold stocks are trading well below their intrinsic value relative to the price of gold.

“The last time that gold was trading around $1,750, the HUI and the GDX were trading at much higher levels. So, the mining stocks have a long way to go to catch up with their intrinsic valuation relative to the price of gold and silver. And, at that point, we’re not even introducing into the conversation the degree of currency devaluation that is going on right now. That is going to drive gold, silver, and these miners, to the moon.”

Kranzler also talks about the risks COVID-19 may present to junior mining companies. The two discuss different areas of America that are still allowing drillers to work. Kranzler tells listeners to be cautious of juniors with limited cash but notes that many juniors are successfully raising capital. The main message from Kranzler is that gold stocks are undervalued relative to the price of gold.