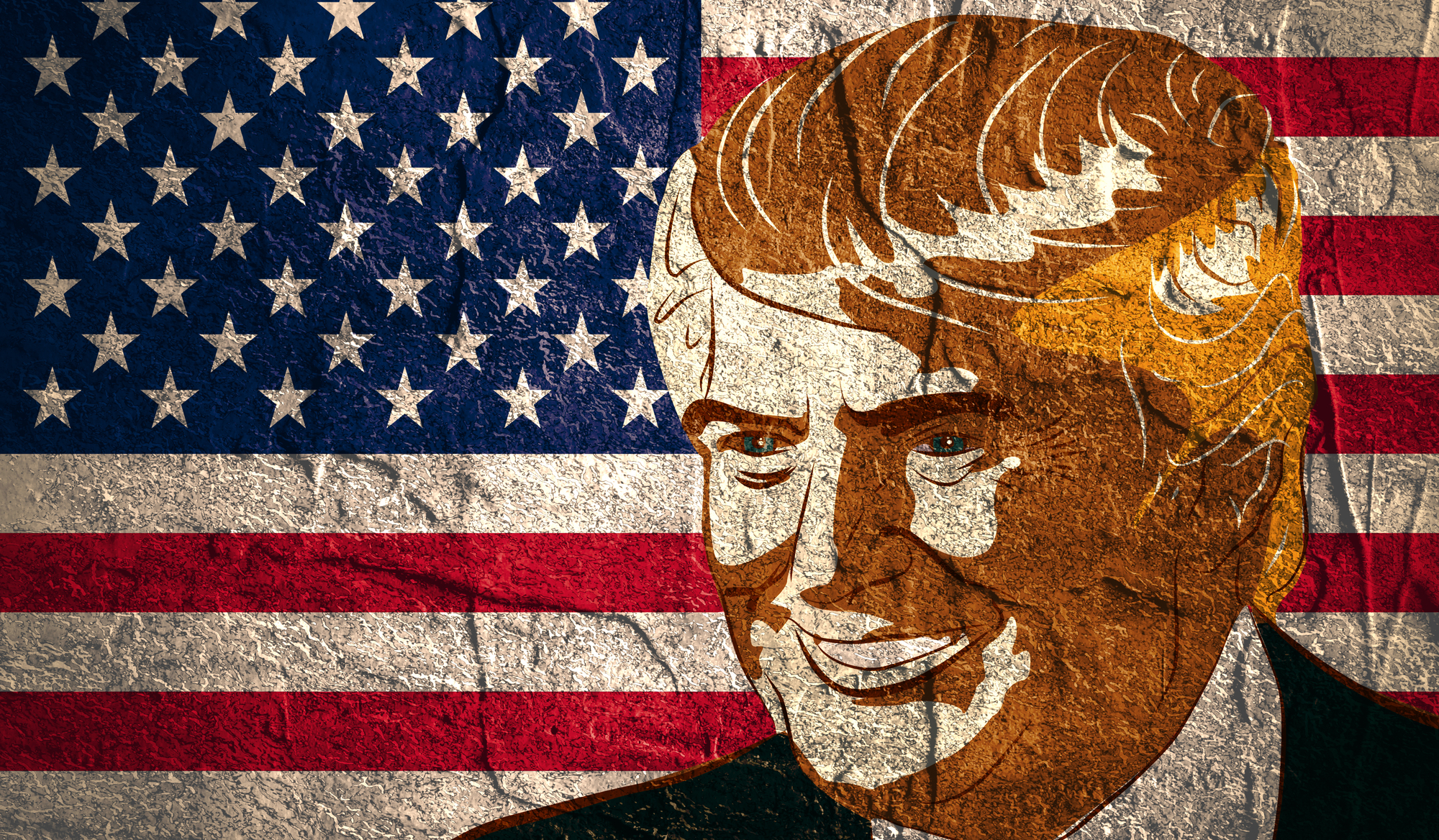 “This is the United States government. First of all, you never have to default because you print the money. I hate to tell you okay, so there is never a default.”

In that same interview with CNN’s Chris Cuomo, Trump boasted, “I am the king of debt.” After a statement like that, it is only fitting he would become the President of the most indebted nation in the history of the world.

The United States of America is ready and poised for change. We are seeing it in the nation’s political scene as non-establishment candidates such as Bernie Sanders and Donald Trump win primary after primary; and we are about to witness drastic change in how the U.S. deals with its trading partners.

It’s hard to mention trade in North America without talking about deficits – at least when it comes to the United States and Canada. Both countries are getting their tails whipped by the rest of the world.

The United States loses between $40 billion and $50 billion per month in trade with its partners and has done so for many years.

Trade deficits are a measure of competitiveness in manufacturing, productivity and the strength or weakness of a nation’s currency. Manufacturing and trade data have been at the heart of the global currency war and the ongoing U.S. presidential race.

As we approach a monumental currency shift — for most of us the first in our lifetime — from a singular world reserve currency to a multilateral system where China’s yuan plays a more significant role, the U.S. dollar is poised for further devaluation. And a Trump victory in November would be the trigger that ignites prolonged U.S. dollar weakness…

Ultimately, Trump’s rise to power could signal a green light for the secular bull market in precious metals…but first, to understand where the U.S. dollar is going, we have to review its history as the world’s reserve currency.

Trade Wars and the Rise and Fall of the U.S. dollar

In the 1940s, prior to the Bretton Woods Agreement which gave the world a singular global reserve currency and a bedrock for international monetary exchange, the United States was running record trade surpluses. Living standards were rising as the Depression faded from memory and U.S. exports were soaring. At this time, the U.S. dollar was as strong as gold – quite literally. Bretton Woods stipulated that the U.S. would buy back any amount of dollars for gold at a fixed price of $35 an ounce. This worked well up until foreign nations began to realize they held far more dollars than the U.S. could possibly repay in gold; and they began redeeming dollars in increasingly large amounts…

With countries realizing a weakness in the Bretton Woods system, they began exchanging dollars for gold at a rapid pace. This is relevant to today because many nations are still hugely vested in U.S. dollars when it comes to foreign reserves; and they still view the U.S. dollar as the gold standard of currencies (despite Nixon taking the USD off the gold standard in 1971).

As countries began to struggle with the realities of a U.S. dollar no longer backed by gold, the beginning of a series of devaluations began. In other words, a global currency and trade war broke out in 1971. Germany famously accused France of embracing “Colbertian” policies. Colbertian mercantilism was a socialist and nationalist movement in France which preceded the Industrial Revolution. According to William H. Mott IV, it was implemented to “revive France’s traditional manufacturing and trading base: subsidies, tax exemptions or reductions, protective tariffs… privileges for critical firms and industries, and state-owned factories to produce import-substitutes…” Does this sound familar?

One of Trump’s first plans upon attaining the highest office is to label China a ‘currency manipulator’ and put tariffs on U.S. companies outsourcing manufacturing. While true in respect to China, Trump seems to be an idealist when it comes to forcibly strengthening the currencies of America’s key trading partners…

Trump’s rhetoric is akin to Herbert Hoover’s actions taken just prior to the Great Depression. After taking over the Republican party from arguably one of the greatest Presidents in American economic history, Calvin Coolidge (he believed in Adam Smith’s invisible hand approach to economics), Hoover ran a campaign promising farmers that he would reignite their failing enterprises by increasing tariffs on agricultural products. Hoover won the election in a landslide with Republicans taking the House and Senate.

Ignoring a petition from over 1,000 economists warning of the dangers of such a tariff plan, and formal complaint letters from 23 of the United States’ trading partners, Hoover followed through on his campaign promise by enacting the Smoot-Hawley Tariff Act. This was the second highest tariff ever in American history and created a trade war. Within approximately one year, U.S. exports had dropped by nearly half. Within two years, the Great Depression started. Interestingly, both Trump and Hoover were very wealthy businessmen prior to getting into politics.

In a book titled Surpassing Realism: The Politics of European Integration since 1945, written by Mark Gilbert, the climax of the newly dollar-dependent global economy and trade war of the 1970s are explained:

“Faced with the prospect of a major trade war in which everybody would be a victim, the industrialized nations sensibly backed away from the brink. On 17 December 1971, a meeting at the Smithsonian museum in Washington of the so-called Group of Ten largest economies agreed to across-the-board revaluations against the dollar in exchange for the suspension of the import surcharge.”

To stay competitive, nations devalued, with some etiquette, against the dollar. This is still happening today, but not in such a cordial manner. Instead, nations run billion dollar monthly trade deficits, and print money to artificially suppress interest rates and stay solvent while fighting for every penny of global manufacturing dollars they can steal via devaluation. The U.S. economy has become so weak since 1971, as illustrated by the trade deficits chart at the top of this report, that it has to devalue right alongside its foreign trading partners.

There have been a litany of early policy indicators from the Trump camp that suggest tariffs will be used to crush currency manipulation – along with threats to rewrite trade deals such as the TPP and NAFTA which allegedly hurt American workers. Although reversing NAFTA will be next to impossible, forcing other countries to participate in their own military defense or pay a fee, as Trump suggested he would impose, could save the U.S. billions.

Trump is a savvy business man. He will use every piece of leverage he has to strike deals he deems favourable. And having the power of the world reserve currency is a trump card (pun intended) unlike any other…

Most major existing trade agreements revolve around the Bretton Woods Agreement, with the U.S. dollar at the core. The U.S. has avoided default and serious inflation to this point because it is the sole global reserve currency and the forces of deflation are strong. It has always been in the best interest of the world to ensure the U.S. economy remains strong as its strength is the only thing backing the trillions in international U.S. dollar debt and foreign reserve holdings. However, as the dollar is challenged more in international trade deals, the U.S. will be faced with a decision: continue printing or default. This thesis suggests long-term dollar weakness.

The Threat to U.S. Dollar Hegemony: IMF’s Acceptance of China

Created by the IMF, SDRs are an international reserve asset consisting of a group of currencies; and the acronym stands for special drawing rights. For years, it consisted of the USD, yen, euro, and pound; and as a result of being in this prestigious ‘basket’ they have been the dominant currencies used in international trade. But as of October, 2016, one month before the U.S. election, a new player will join the basket: China’s yuan.

* Click here to read our report (China Puts the Fed in Check) from last August which accurately foreshadowed this event.

The People’s Bank of China has been pressuring the IMF for years to diversify its holdings of reserve currencies to include the yuan. Likely as a threat to include the yuan, China sold $187 billion worth of U.S. treasuries in 2015, its first net decrease ever… this ‘dollar dump‘ garnered the desired result for China.

“We can start now to gradually broaden the use of the SDR, including using it as a reporting currency in parallel with the USD and exploring issuance of SDR-denominated assets.”

Zhou’s request has already been realized, at least to some degree. In 2015, the IMF finally agreed to allow the yuan to have a 10.92% weighting in the basket of SDR currencies starting in October.

After the *yuan (renminbi) inclusion in the SDR, the weighting in the IMF’s basket of currencies is as follows:

Remember, the IMF is the last clean balance sheet in the world. If confidence is lost in the Fed and other central banks, it will be the IMF that steps in with SDRs to bail out, and potentially globalize, the world economy.

While Trump and Clinton remain tight in national polls, being prepared for a potential Donald Trump Presidency is something prudent investors are doing right now. He could transform international trade, the global monetary system and, at the very least, the American economy. These all directly impact your portfolio. Furthermore, President Trump could cause countries to dump treasuries, which will lead to a much weaker U.S. dollar… and that’s exciting for gold.