At a time when many commodity-based juniors are collapsing under the weight of weak prices and seasonal pressures, certain lithium stocks are on the rise. 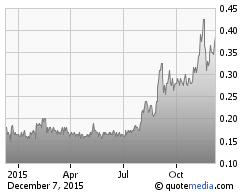 Nemaska Lithium has had 21 individual press releases thus far in 2015. How many junior mining companies can say that? Very few.

Volume trends, generated by Google, showed a significant increase in searches for lithium stocks from July to September.

In July 2015 there were 1,300 searches for Nemaska Lithium, 2,400 in August and 6,600 in September. While searches dropped to 2,900 in October, the rise from summer to fall is representative of seasonal interest in the exchange and interest flocking to an emerging sector. The interest that has come back and exists on the Venture exchange has been largely concentrated in lithium and graphite stocks.

Before looking more closely at Nemaska Lithium, let’s take a look at what is driving lithium demand and the spill over into lithium stocks.

The majority of global lithium supply is located in Bolivia, Argentina, Chile, Australia and China. Much like the narrative around rare earths in 2010 and 2011, the market has been waking up to a strategic commodity not largely located in North America or Europe.

In a batteryuniversity.com article, from late-September of this year, the supply and recyclable nature of lithium is explored:

“The supply is ample and concerns of global shortages are speculative. It takes 750 tons of brine, the base of lithium, and 24 months of preparation to get one ton of lithium in Latin America. Lithium can also be recycled an unlimited number of times, and it is said that 20 tons of spent Li-ion batteries yield one ton of lithium. This will help the supply, but recycling can be more expensive than harvesting a new supply through mining.”

“Although it is the world’s second largest lithium resources state, taking up 26.92% of global reserves, China has limited capacity and supply and relies heavily on imported products, due to lower level of production technology.”

In our latest EBook we reveal 50 leaders who took small-cap stocks to stunning multimillion, and in some cases billion, dollar buyouts. The companies these leaders run today are described in this one of a kind rolodex of some of the top entrepreneurs and business minds operating in North America’s small cap public markets.

Click the below image to get your free copy today. 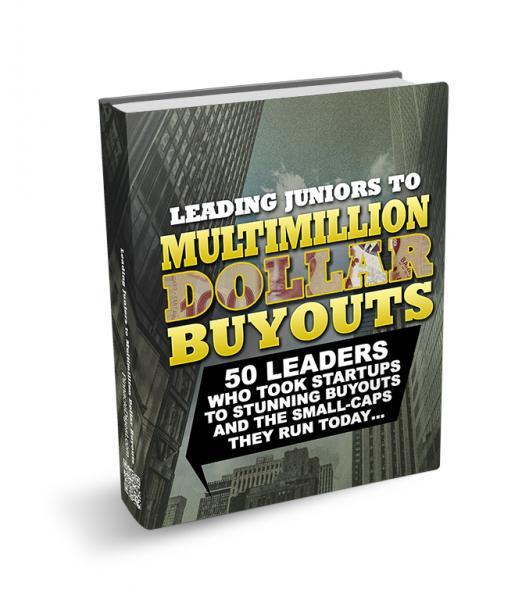 We talked about Tesla’s role in lithium demand in a recent Weekly Volume titled Goodbye Oil, Hello Renewables. Tesla’s new Gigafactory under development in the desert of Nevada will be one of the largest buildings in the world and “it will produce more batteries when it is fully operational than the whole world was producing in 2013, as you can see in the graph below,” according to Michael Graham Richard. 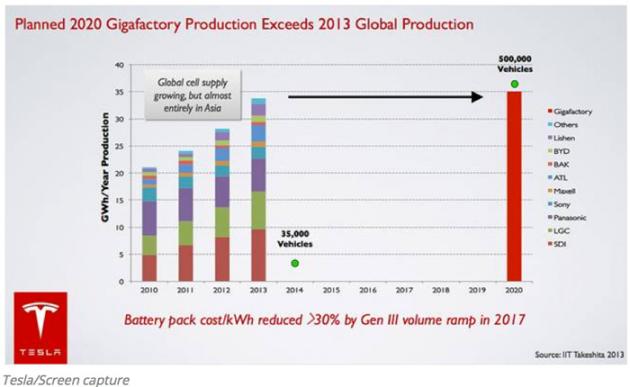 Nemaska Lithium has to be in this discussion. For starters, on its website, its big bold first slide reads: 2nd Largest and Richest Global Lithium Reserve. The slide is referring to the company’s Whabouchi Property.

The company’s mission is straight forward: Nemaska intends to become a lithium hydroxide supplier and lithium carbonate supplier to the emerging lithium battery market that is largely driven by electric vehicles, cell phones, tablets and other consumer products, according to its website.

On September 8th, I wrote an in-depth review of Nemaska in an article titled Nemaska Lithium tops junior lithium explorers. Below is a short excerpt:

“Nemaska has advanced its key asset, despite the worst bear market in Canada’s small-cap sector due, in part, to 3 key reasons: strong communication, an ‘in vogue’ commodity and a mining supportive jurisdiction in Quebec.”

While lithium is definitely ‘in vogue’ and Quebec is proving to be a great province to advance assets in, Nemaska has fast tracked its timeline to success.

September was a huge month for the company, on the 4th it received the General Certificate of Authorization for its Whabouchi Lithium Mine and then on the 8th Nemaska announced it would build a Hydromet Plant in Shawinigan, Quebec.

Then, on October 19th, Nemaska Lithium reported that it had obtained a Notice of Allowance in Canada concerning Canadian Patent Application 2,874,917 that describes its proprietary process of preparing lithium hydroxide and lithium carbonate from spodumene sources using membrane electrolysis.

According to the company, the MOU contemplates an up-front payment of CDN$12M by JMBM in exchange for services and products of the same value from the Nemaska Lithium Phase 1 Plant and the subsequent commercial plant to be located in Shawinigan, Quebec.

Guy Bourassa, President and CEO of Nemaska Lithium, made a comment that summed up the significance:

“We are very pleased to have entered into this strategic agreement with JMBM, a leading supplier of lithium iron phosphate cathode materials for automotive and non-automotive applications.”

He went on to state that:

Click here to read the entire press release and quote.

So, while companies such as Pure Energy Minerals and other Nevada-based lithium explorers play the Tesla card, Nemaska has its own lithium suitor who has actually ponied up cold hard cash to aid in Nemaska’s commercial plant going ahead.

Speculative investors in junior resource stocks have to move with the capital. As we’ve explained many times at Pinnacle, capital allows for development which increases interest and leads to access of more capital. Bruce Lee has a few famous lines about being adaptable and shapeless, like water.

With only a few dozen issuers on the entire exchange making up the majority of daily volume, or liquidity, his words are very relative when it comes to speculating in the junior resource sector. I can’t help but be reminded of this quote as many resource investors refuse to abandon their iron ore deals or gold deals years ago; those that switched gears, researched the lithium, healthcare or tech sectors and positioned themselves early, have been reaping the benefits in 2015.

This is not an invitation to purchase any securities mentioned in this report. Pinnacle Digest does not endorse or recommend any of the referenced securities. At the time of publication and distribution of this report (9:00AM PST on December 7, 2015) neither PinnacleDigest.com, its employees or consultants owned shares in any of the mentioned companies in this report. This article is intended for informational and entertainment purposes only. The author of this article bears no liability for losses and/or damages arising from the use of this article. This report may contain technical or other inaccuracies, omissions, or typographical errors, for which PinnacleDigest.com and its parent company assumes no responsibility. We do not guarantee that any of the companies mentioned in this report or on PinnacleDigest.com will perform as we expect, and any comparisons we have made to other companies may not be valid or come into effect.