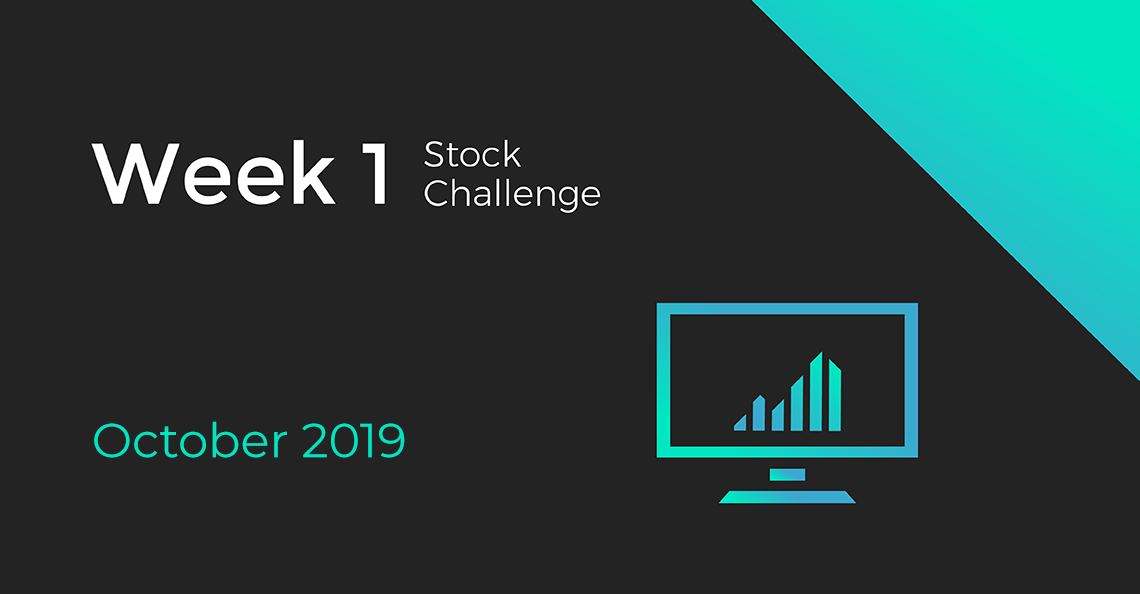 It’s the end of the first week of the October 2019 Stock Challenge, and we have some new faces in the Top 3! In first place is member ‘Bahkoo’ with a return of 28.45%, in second is ‘Geewin’ (26.35%), and in third is ‘cawshun’ (24.77%). With all of the current Top 3 competitors choosing Aben Resources, it’s a tight race so far. That said, we’ll be keeping a close eye on how well Aben Resources’ stock fares next week, as its performance could have a dramatic effect on October’s standings…

Cannabinoid-based drug discovery and development company Tetra Bio-Pharma had the biggest breakout of the day, rising roughly 18.52% from C$0.28 to C$0.32. Just yesterday the company provided a regulatory update on its “CAUMZ kit”.

“. . . [Tetra Bio-Pharma’s] CAUMZ Kit can be evaluated as a combination drug/device product. The CAUMZ Kit is comprised of two constituents: Tetra’s lead drug CAUMZ and the Mighty Medic device of Storz & Bickel, a wholly owned subsidiary of Canopy Growth. Based on the FDA’s determination, the CAUMZ Kit has been assigned to the Center for Drug Evaluation and Research (CDER) for premarket review and further assessment.”

Precious metals explorer Ximen Mining had the biggest breakdown of the day, declining approximately 13.46% from C$0.52 to C$0.45. The company announced this week that its partner, GGX Gold Corp., had started to drill the “Stargate II” geophysical anomaly.