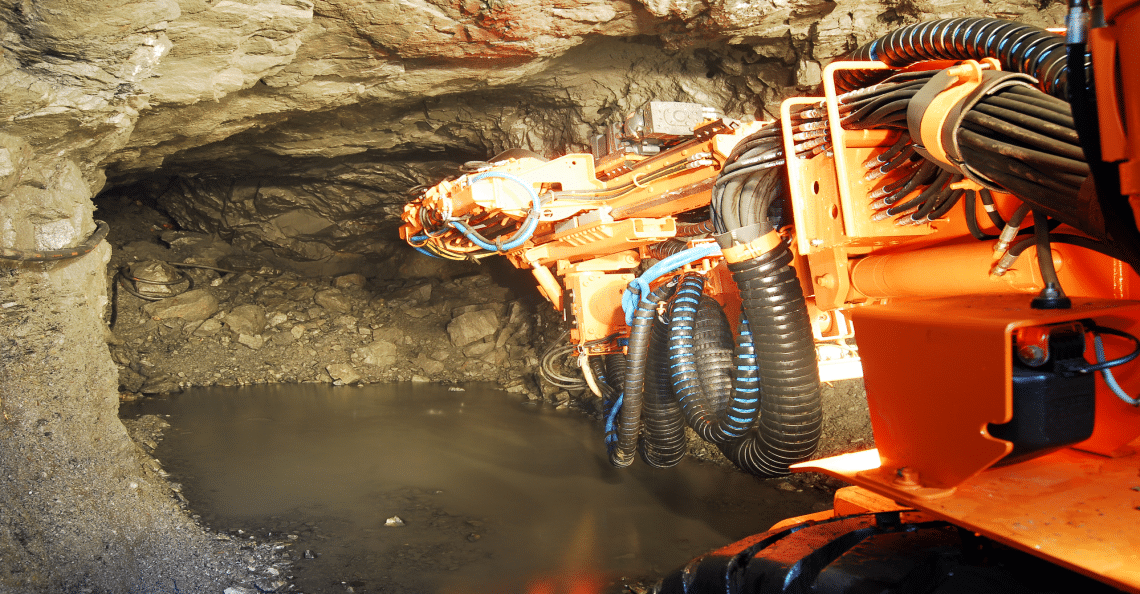 From pennies to a high of $1.57 per share today – New Nadina Explorations (NNA: TSXV) is riding high. Speculators search for these types of opportunities and populate the TSX Venture because of them. New Nadina was the best performing stock on the TSX Venture in the final week of October and has continued its winning ways into November.

Six of the top ten members in November’s Stock Challenge selected New Nadina Explorations. Like Garibaldi Resources and Novo Resources New Nadina has yet to put out assays on its Silver Queen property in southeastern B.C.

On October 25th, the company reported,

“Drill hole 17S-01, drilled to a length of 816M, successfully intersected the conductive geophysical anomaly (blue) to the northwest of the Itsit Copper-Molybdenum-Gold porphyry. The single drill hole, as indicated in the figure below, has confirmed that the target is consisting of high grade sulfides.  Samples are expected to be completed and shipped for assaying within a week.”

“At the request of IIROC, the Company wishes to clarify the following statements in its October 25, 2017 news release:

“The single drill hole, as indicated in the figure below, has confirmed that the target is consisting of high-grade sulphides.”

“According to the visible reporting of mineral identification, abundance, and distribution, an intercept of 261 metre total size of the target (blue) ranging from 555 to 816 metres (open to depth), including 132 metres of high-grade core, containing bornite plus/minus pyrargyrite, ranging from 663 to 795 metres depth, has been recognized.”

The Company has not submitted any core samples to an accredited laboratory for assay or analysis.  As a result the Company recognizes it was vague and possibly misleading for the news release to disclose that it “confirms high grade target” or that it “has confirmed that the target is consisting of high grade sulphides”.” 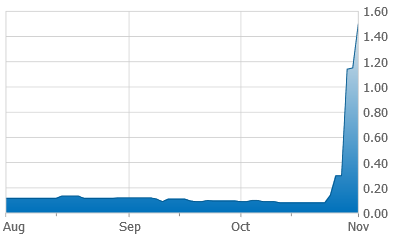 What a ride for early investors. The new fad is not to report assays. While strange it allows investors to speculate at what the grades ‘may’ be. New Nadina has said that assays are forthcoming.

In the middle of August New Nadina was still in the throes of attempting to raise capital at $0.08 per unit! Here is an excerpt from the company’s August 10th press release,

“New Nadina Explorations Limited (TSX VENTURE: NNA) announces it is continuing with the Private Placement announced June 20, 2017. The terms which are 6,000,000 units at a price of $0.08 cents per unit for gross proceeds of $480,000. The units of the financing will comprise of one common share and a full share purchase warrant, exercisable for a period of five years at a price of $0.12 per share subject to terms. See NR June 20, 2017 for full details.”

Notice that last line, which highlights the fact the company had been trying for nearly two months to raise less than half a million bucks. The company’s market cap is valued at over $20 million.

After most Challengers abandoned Garibaldi Resources for November, a few die-hards kept it as one of their selections. Long-time member ‘firefly’ won September’s Stock Challenge after selecting Garibaldi with a combined average return of 98.05%.

Our leader ‘bauman6’ has the junior explorer along with ‘heyjude’ and ‘leamington’. All three squeaked into the Top 10 after Day 1. Finally, despite failing to release assays in October as it reported it would, the company’s shares moved 8% higher to $4.35 today.