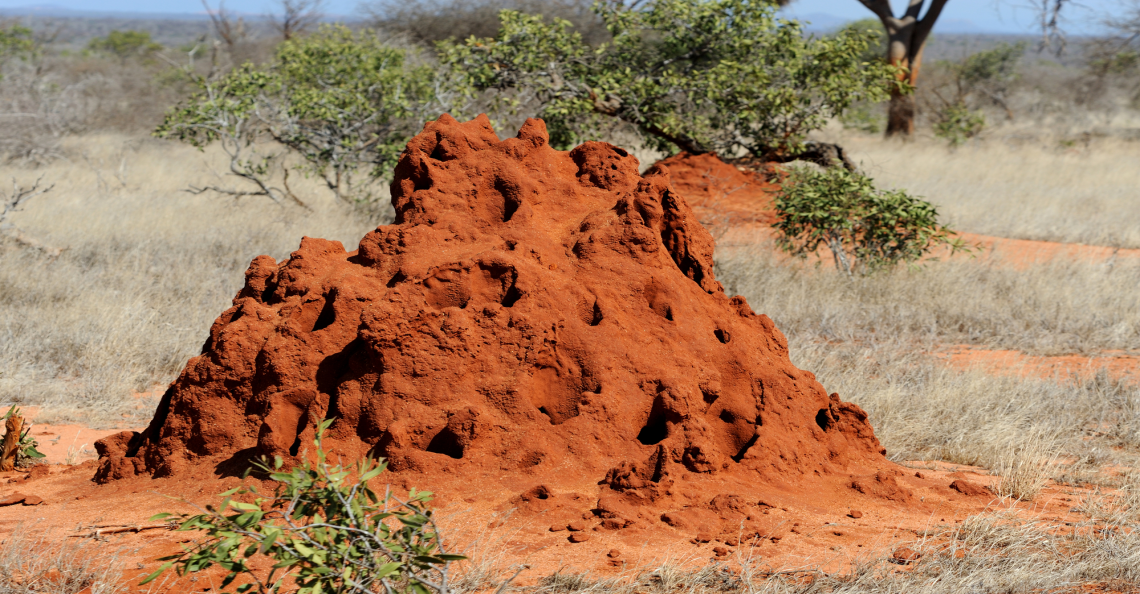 By necessity, junior mining companies are nimble. They can implore gold exploration techniques that majors would likely never dream of; however, something about one little-known junior stopped me in my tracks. As the company begins its first drill program, its Chairman and CEO made the following comments,

To read the full quote and press release, click here.

Notice anything strange about the above quote? Not the grade, but perhaps how the gold anomalies were defined? I’m referring to the term “termite mound”. More specifically, “gold anomalies defined by termite mound”. I, for one, have never seen this type of language in a junior mining company’s press release, and I’ve read thousands of releases throughout my career. I said juniors can be nimble, but this may be redefining that term. This type of unique approach to exploration is something a major gold company would probably never attempt. Junior companies take shots and use approaches majors don’t because exploration is not in their DNA. However, harnessing the natural energy of termites to explore for gold is novel to the point of science fiction. I had to know more…

“I’ve done a lot of specific research at some sites in eastern Western Australia, where we’ve looked at gold deposits particularly; and, in these particular sites we’ve found that termites can reveal the gold deposits beneath cover and they can find these gold deposits where the evidence is four or five metres below the surface.”

View the entire video explaining how termites, not drills, can strike gold:

The description of the video explains:

“Australia’s smallest and most numerous mining prospectors carry gold from deep underground up into their mounds and research has found they also accumulate metals in their bodies.”

Fascinating! Why waste time and money on conventional exploration techniques such as line cutting, sampling, induced polarization (IP) surveys? Why bother with geologic maps, or petrogenetic data for interpreting geologic structures, when tiny termites may already be doing the exploration for free? While I’m being facetious, the green angle of not disrupting the ecosystem in the early stages of exploration is cool. And, what did we learn from the rise of Shawn Ryan and the White Gold District of the Yukon Territory? That being open to new gold exploration techniques can sometimes result in new discoveries and the birth of new gold camps.

Nortec Minerals (NVT: TSXV) boasts a mineral exploration & development process performed with a social & ecological conscience. They’ve certainly taken the green movement in mining & exploration to a different level, employing termites to work for them in a bid to find potential economic sources of gold…

“Over 9,779 termite mound samples and 212 bedrock samples were collected and analysed for gold.”

I know what your thinking, that is a lot of little termites! Nortec is preparing to drill to confirm its theory in the hopes of proving its termite mound gold samples will correlate below the surface.

Operating in Guinea, West Africa, Nortec is in the company of some major gold producers. Nortec has an option to acquire an 80% interest in all of The Golden Rule Limited’s major gold properties.

“The permits are in the northern part of the Birimian Siguiri Basin, a well-known prolific past and present gold producing area.  This part of the Basin hosts three multi-million ounce gold mines, the Lero (Nord Gold NV), the SAG (AngloGold-Ashanti) and the Keniéro (SEMAFO) along with several other lesser mines and projects in advanced stages.”

The Tomboko Permit, where Nortec is preparing its Phase 1 drill program, totals more than 75 square kilometers. Located to the west of Anglo-Ashanti’s SAG multi-million ounce gold mine and related land holdings, the region has seen noteworthy infrastructure projects come to fruition in recent history.

On April 12th, the company reported:

“The Company signed a drill contract with Gestion Fredal SARL, a drilling company located in Ouagadougou, Burkina Faso. Drill pads and access roads are being constructed in preparation for drilling with several drill pads already completed. The Company plans to drill 31 shallow reverse circulation drill holes for a total of 2500 metres on the Tom-1 North, Tom-1 South and Tom-2 targets (Figures 2 & 3). Drilling is expected to commence in two weeks.”

As I write this on May 17th, there is a chance drilling has already commenced, although the company has yet to put out news confirming this.

As it turns out, utilizing termites to source for the potential of high-grade gold has merit; Nortec is the first junior on the TSX Venture I’m aware of to report sampling termite mounds for gold in a press release. From Australia to Africa, man’s desire to seek out gold will never cease. Harnessing the power of tiny termites as opposed to high-tech methods makes me smile. The creation of gold is a natural phenomenon and so is the novel exploration technique of sampling termite mounds to uncover potential new sources of the precious metal. While it might be some time before termite farms begin popping up in the deserts of Nevada and Arizona, you can bet if Nortec hits, some geologist or CEO will be thinking about it.

I’m not endorsing this company or its stock. I do not own shares, and it is not a client of Pinnacle Digest. I simply found this to be a unique exploration story in an industry that hasn’t evolved its techniques much in the last decade. Please take responsibility for practicing your own thorough and independent due diligence. Learn about the risks associated with investing in micro-cap resource companies of this nature.

This article represents solely the opinions of Alexander Smith. Alexander Smith is not an investment advisor and any reference to specific securities in the list referred to in the article does not constitute a recommendation thereof.

THIS IS NOT INVESTMENT ADVICE. All statements in this report are to be checked and verified by the reader. Readers are encouraged to consult their investment advisors prior to making any investment decisions. The information in this article is of an impersonal nature and should not be construed as individualized advice or investment recommendations.

This report may contain technical or other inaccuracies, omissions, or typographical errors, for which Maximus Strategic Consulting Inc., owner of PinnacleDigest.com, assumes no responsibility.