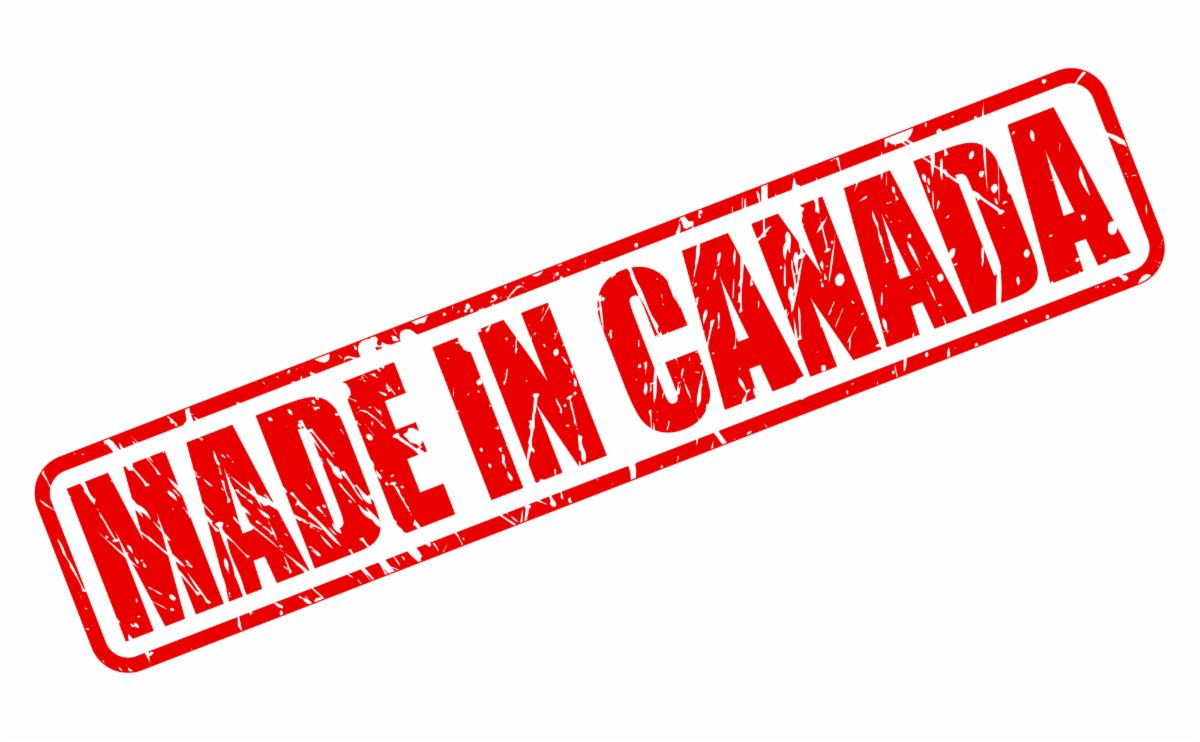 Late in the spring, Canada began supplying the world with rare earth elements or REEs for the first time ever…

Products from Cheetah Resources’ Nechalacho mine in the Northwest Territories (Canada’s first rare earth mine) set sail for Norway, en route to the company’s customer for further processing.

We are near the beginning of a major geopolitical paradigm shift, and commodity investors have been put on notice.

REEs refers to the group of 15 lanthanide elements and 2 other elements (scandium and yttrium), all of which are usually found in the same ore bodies.

The single most important use/application of REEs is in the manufacture of permanent magnets – an essential component of many modern electronics, military equipment, and high-tech devices.

REEs are also widely used in clean energy, aerospace, and automobile technologies. See the chart below for a breakdown of REEs applications:

By far, the world’s largest producer of REEs is China. The West is no longer comfortable with this regionalized control, especially not from a country that is quickly growing into a geopolitical threat to American hegemony.

China accounts for roughly 60% of global output, followed by the U.S. with a meager 15.5% share of REE production worldwide. The chart below depicts China’s production dominance.

What’s more, in addition to being the world’s largest supplier, China commands an even greater share of the REE refining process. According to Keith Zhai of the Wall Street Journal, the figures vary, but:

REEs are critical for the production of semiconductors, EVs, solar panels, wind turbines and several other components that are vital for the world’s clean energy objective. And, if the war in Ukraine has taught us anything, it’s this: resource security is of utmost importance to national security.

Take a look at the landscape of REE reserves globally:

Again, China holds claim to a significant majority of rare earth reserves on the planet but, despite its name, REEs appear to be fairly ubiquitous globally. What’s more, if global demand for the metals is projected to reach roughly 315,000t in 2030, other countries will look to capitalize.

Take Canada, for example. Natural Resources Canada estimates that Canada is home to some of the largest reserves and resources (measured and indicated) of REEs. According to the United States Geological Survey (USGS),

“In North America, measured and indicated resources of rare earths were estimated to include 2.4 million tons in the United States and more than 15 million tons in Canada.”

Long-time mining speculators will remember the hundreds of millions of venture capital dollars that poured into Canadian rare earth exploration projects over a decade ago. Thanks to the mania for rare earth assets that kicked off in 2010, many explorers were able to raise boatloads of capital to prove out their projects. They’ve been sitting on these assets, resource calculations in hand, just waiting for the next bull. Well, it may be on our doorstep.

But if REEs are so abundant, why has China dominated mining and refining for the last several decades?

To start, the extraction process is complicated and expensive. Separating individual REEs (particularly the more valuable ones) from ore is labor-intensive and costly. As mentioned, REEs typically appear mixed together in the same ore body, and not all REEs are equally valuable.

Neodymium and dysprosium, for instance, are critical components of motors used in EVs, making them highly sought after; whereas the more abundant lanthanum or cerium, despite having a number of technical applications, are in relatively less demand.

Secondly, there are health and environmental concerns associated with REE production and processing since REEs are often found in conjunction with radioactive substances, such as thorium and uranium (though less common).

For many years, those two obstacles were enough to deter Western nations from determinedly pursuing REE projects locally — effectively ceding control of REE mining and refining to China.

Today, however, sovereign interest in REEs is important given China’s saber-rattling and deteriorating relations with North America. For the West, these metals have become too important to completely offshore…

Before going any further, it’s important to highlight that many technical and policy experts agree that when it comes to “REE independence,” the bigger challenge lies more in refining than in mining.

“In five years’ time, I think there will be less dependence on China on the mining side as new mines become operational in other parts of the world. Dependence could fall to 45% of global supply from 50–60% today. However, China’s dominance of the refining stage is likely to remain very robust for many years to come.”

Former U.S. Undersecretary of Defense for Acquisition and Sustainment, Ellen Lord, commenting on the hurdles in front of securing reliable supplies of rare earths for U.S military applications stated,

And, according to the founder and CEO of Boston-based non-profit organization, Product Stewardship Institute, Scott Cassel,

“If [REE] price continues to climb it will create an opportunity for replacement materials and mining of deposits of rare earth metals in areas outside of China. The real short-term gap may be the lack of processors outside of China.”

As a result, governments in North America are making significant investments in setting up processing facilities in their own regions. The White House Fact Sheet on Securing a Made in America Supply Chain for Critical Minerals from February, announced that the U.S government had,

“…awarded MP Materials $35 million to separate and process heavy rare earth elements at its facility in Mountain Pass, California, establishing a full end-to-end domestic permanent magnet supply chain. Paired with this catalytic public funding announcement, MP Materials will announce it will invest another $700 million and create more than 350 jobs in the magnet supply chain by 2024.”

The aforementioned statement from the White House came after the U.S Department of Defense announced a US$30.4 million contribution to Lynas Rare Earths Ltd.’s rare earth’s separation facility project in Hondo, Texas. Per the announcement,

“Upon completion of this project, if successful, Lynas will produce approximately 25 percent of the worlds’ [sic] supply of rare earth element oxides.”

In Canada, the Saskatchewan government announced last August that,

“…it is investing C$31 million in a facility with the ability to both concentrate ore and separate the concentrates into individual rare earth elements.”

Adamas Intelligence’s Rare Earth Market report, released in April and looking out to 2035, highlighted 3 key findings about the REE market…

First, the report projects that the market for magnet rare earth oxides (REOs) will increase threefold by 2035. In addition to forecasting a price increase of 3.2% – 3.7% for REOs over the same period, Adamas Intelligence projects that,

Adamas Intelligence also forecasts global shortages of about 206,000 tonnes annually of REE-based alloys by 2035. According to the company,

And third, according to Adamas Intelligence’s findings, about 68,000 tonnes of REO shortages – specifically neodymium, praseodymium and didymium oxide (or oxide equivalents) – are expected by 2035.

Below is the five-year price chart for Neodymium (one of the most in-demand REEs) in CNY/T (Chinese yuan per tonne):

According to the Institute of Rare Earth and Metals, there are about 50 active rare earth projects outside China. Five of those are in the U.S., nine in Australia, and fifteen in Canada (the most of any country in the world!). Mitchell noted in his April piece that,

“This year rare earths producers have seen their share prices achieve all-time highs. Soaring demand from the energy transition and strategic concerns magnified by the Ukraine invasion have prompted investors to target the sector.”

What This Could Mean for Canada

Although discovered in 1983, it wasn’t until about 10 years ago that a proposal to develop the Nechalacho mine was put forward. For Nechalacho, and similar exploration projects in North America, it simply wasn’t economical to forge ahead at REE price points back then. Now, with soaring demand from the EV and clean-tech industries, REE prices keep climbing higher and higher.

Consider this: the USGS estimates that last year, 74% of America’s end-use of REEs was for its use in catalysts (e.g. auto catalytic converters).10 years prior, that number was only 47%. Evidently, the more emissions restrictions are imposed on internal combustion engines, the more demand there is for REEs.

The chart below details the share size of China’s REE export recipients:

Japan and the U.S. together account for about 70% of China’s REE export business. Both countries plan to significantly trim their dependence on Chinese REE imports.

Separation facilities coming online across North America, combined with sustainable approaches to REE extraction and processing (as illustrated by Nechalacho) has to be troubling news for China.

Canada, on her part, with that first shipment of rare earth minerals to a non-Chinese customer, may have just set off on the path to becoming a global leader in this multi-billion dollar industry.