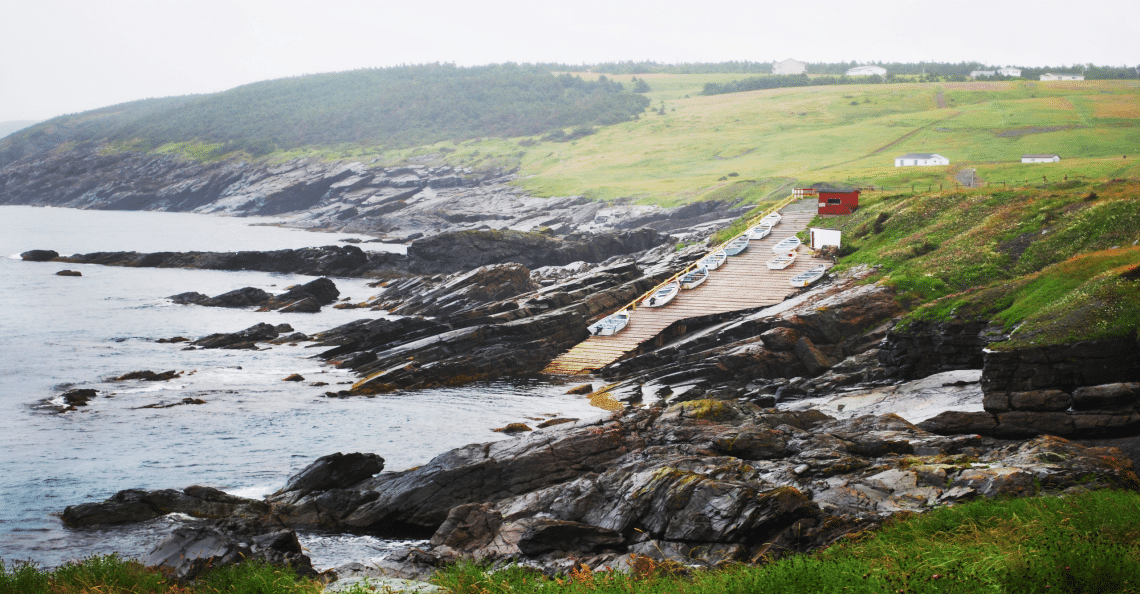 Fjordland Exploration was a speck of a junior mining company, completely unknown and illiquid a few weeks ago. In fact, in mid-August, the company traded between 5,000 and 20,000 shares per day in the $0.12 to $0.13 range. Toiling away in the Voisey’s Bay region of Labrador, few knew the company existed. What a difference a few weeks can make in the world of TSX Venture Investing.

The coming out party for Fjordland was August 28th. The company traded about 800,000 shares, rising 89% from $0.15 to $0.27 per share. In the six trading days since, the company has put up single-day returns of 43%, 15%, 15% and 16%. The company’s shares also declined 13% one day and traded flat on another. All told, Fjordland’s stock is up over 400% in less than two weeks. In comes as little surprise, that not one, but two Pinnacle members selected Fjordland for September’s Stock Challenge.

The title of that August 28th press release:

And then, two words that changed Fjordland’s future and why it would be re rated by the sector.

“Fjordland reports that it has executed a non-binding term sheet with High Power Exploration Inc. (“HPX”), a private mineral exploration company in which mining entrepreneur Robert Friedland is Co-Chair, Chief Executive Officer and a significant stakeholder.”

Robert Friedland is without question the most renowned mining financier in Canadian history.

While his past successes are many, Mr. Friedland is synonymous with Voisey’s Bay – a nickel deposit in Newfoundland and Labrador. As the former President & CEO of Diamond Fields Resources, he developed and sold Voisey’s Bay in a deal worth approximately $4.3 billion. Even more impressive, he did it in 1996. To read all the details of the Inco Limited acquisition of Diamond Fields, click here.

We wrote about Friedland’s successes in a recent EBook titled Leading Juniors to Multi-million dollar buyouts. In that book we outline 50 leaders who took startups to stunning multimillion dollar buyouts and the small-caps they run today. Click here to download your free copy today.

With Friedland as a potential investor, Fjordland went from off the radar, to on it. The company reported,

“Proceeds from the financing will be used as follows: $1.4 million from HPX’s subscription will be used to fund exploration activities on the SVB Project resulting in Fjordland’s project interest increasing to 35% from its current level of 15%; and the balance to be allocated to Fjordland’s working capital.”

“Fjordland has provided HPX a 60 day exclusivity period to complete these matters, although they are far advanced, and both parties are targeting execution of definitive binding agreements on or about September 5, 2017.”

Like clockwork, on September 6th, the deal’s closure was announced. That is how to get a deal done.

The company is moving to drill test Ni-Cu-Co mineralization at the Sandy target located on claims comprising the South Voisey’s Bay project, Labrador. A minimum of 1,000 meters of drilling is designed to test five shallow UTEM geophysical conductors.

“Fjordland also announces that it has recently completed the acquisition of an additional 21,800 ha of mineral tenure contiguous to existing claims. This staking increases the size of the claim group to a total of 29,450 ha.”

Interest is skyrocketing in Fjordland and not Commander because of the option to acquire terms:

Consequently, “As announced on June 5, 2017, Fjordland has been granted an option by Commander to earn up to a 100% interest subject to a 2% NSR in favor of Commander.”

With Friedland on board, investors are speculating Fjordland will end up with 100% interest in the project. And, in turn Friedland’s HPX.

“Fjordland has now also entered into definitive agreements with an affiliate of High Power Exploration Inc. (“HPX”) under which it is subscribing for common shares and warrants from Fjordland for an aggregate consideration of $1.4 million by means of a private placement. In addition, HPX has also agreed to fund, on behalf of Fjordland, $7.4 million in exploration expenditures and to make $290,000 of property payments required to be made to Commander. If completed, and Fjordland acquires a 100% interest in the South Voisey’s Bay project, Fjordland has agreed to assign a 65% project interest to HPX. The terms of the transaction were originally announced on August 28, 2017.”

It should be noted, Fjordland has trudged along for almost three years with this project. In November 2014 it commissioned ground geophysical surveys including magnetics (42 line-km) and a UTEM 3 (22.6 line-km) survey. The company explains on its project page that,

“The survey delineated an extremely strong, sub-horizontal conductive body approximately 350 metres by 400 metres in size, elongated north-northwest (Sandy target). A group of four sub-parallel steeply dipping conductors were also delineated (Sandy North target). These conductors, located 1 kilometre to the north of the Sandy target, are closely associated with the basal portion of the Worm gabbro body.”

It is these targets the company will test by drilling in the near future. At this time the property can be accessed via helicopter or float plane.

According to the company, HPX is a privately owned, metals-focused exploration company. The entity deploys proprietary in-house geophysical technologies to evaluate mineral prospects.

In case you didn’t get enough from the name ‘High Power’ here is HPX’s experienced board and management team:

I think it safe to say ‘High Power’ fits the bill.